Does an animal being small or large determine its abundance?

I'm sympathetic to @Dirigible that this seems like the kind of thing that should be easy to research, but I was surprised to see that there's not an answer to this already on SE.Biology. So very quickly:

Yes, there is what is known as an "allometry" relationship between body size and abundance in which the two tend to be inversely related.

Here is one meta-analysis that attempts to describe the relationship across food webs. Here is a review article that may be easier to read describing the law in somewhat more general terms. Here is a figure from the review with plots showing the relationships in different kinds of organisms from different studies: 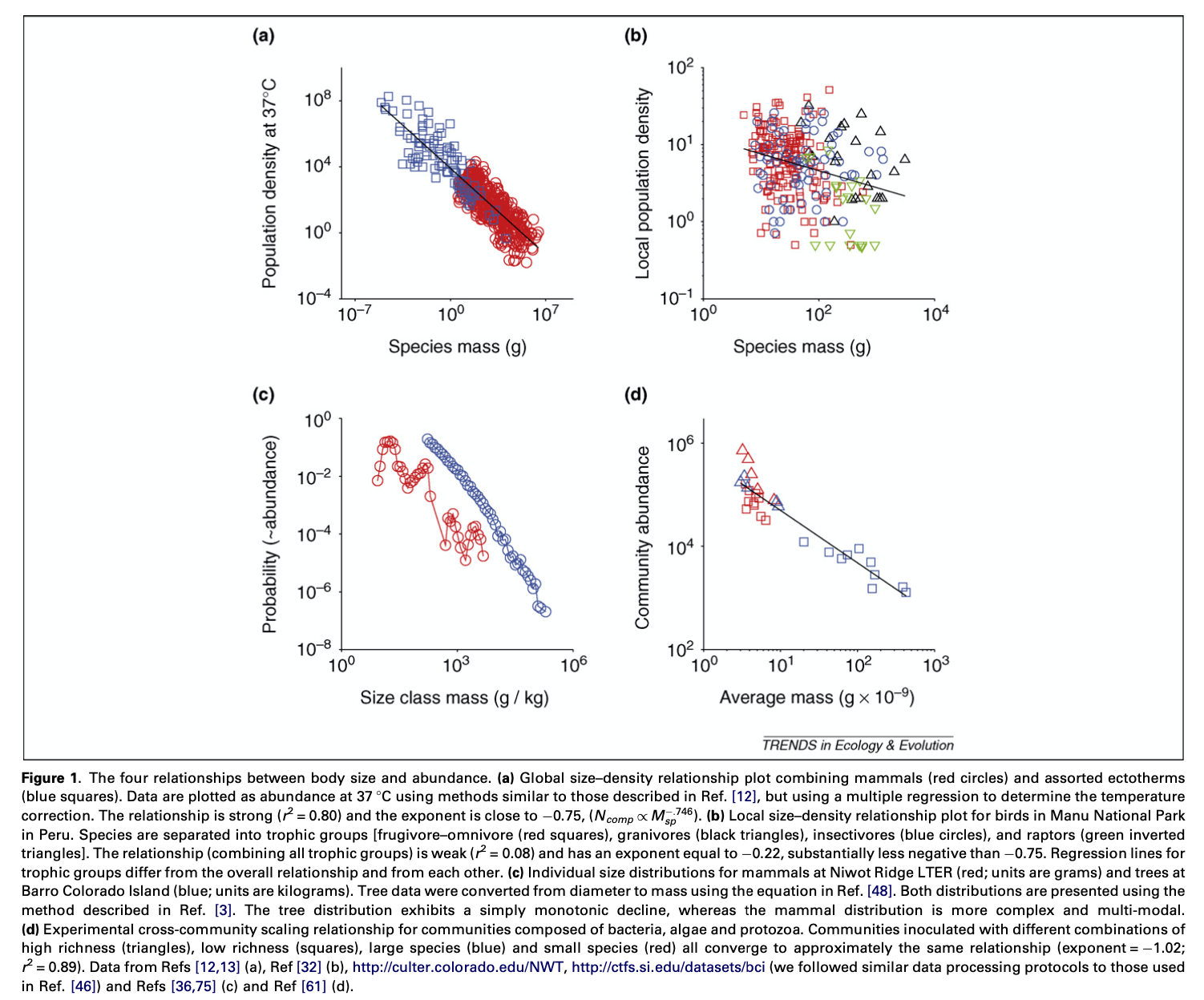 In some cases people talk about the population density in some area rather than overall abundance, as density is easier to estimate and can be thought of as a local measure of abundance. From the review you can see that there are some equations that people have derived to describe the relationship:

For large compilations of population densities, the relationship between the average mass of a species (Msp) and its average density (Ncomp) is generally well fit by a power function ($r^2 > 80\%$), with an exponent near 0.75 so that $N_{comp} = cM^{\frac{-3}{4}}$, where c is a constant (also known as Damuth’s Rule)...

Not the answer you're looking for? Browse other questions tagged zoology morphology community-ecology animal-models or ask your own question.

13
How big should the human population be, as predicted by body mass?

5
Is recognizing one's own mirror reflection a valid test of animal intelligence/self awareness?
6
Body size, what are the evolutionary trade-offs?
1
Animal swimming styles
4
Unknown animal - What could it be?
5
Is it possible to establish a newer animal model completely based on Bioinformatics studies?
3
Why are Aardvarks capable of burrowing given their size?