Why do humans have flat faces, as compared to chimps?

And adult humans even have as many body hair follicles as infantile chimps.

Is there a possibility that humans evolved those facial features in order to look younger?

Eg: An adult hominid skull structure barely resembles that of a human but younger ones are more similar to us.

This kind of face makes our jaws weaker and possibly not good at anchoring strong canines, and that is probably why humans have very small canines when compared to any other hominid- and even the vegetarian ones.

So my thought is that chewing power and intimidation was sacrificed for more sexual selection as in looking younger.

But I guess I might be wrong, what is the real reason for the flat face? 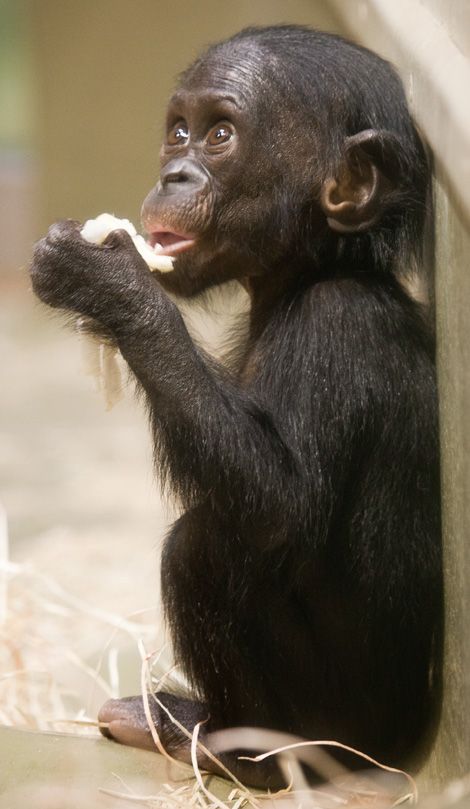 (By humans I also mean H.neanderthal and Denisovans as apparently they were so similar to H.sapiens they bred and therefore I prefer to consider them the same species since the definition of species is animals which can't breed.)

evolution human-anatomy human-evolution
share | improve this question | |
edited May 20 at 14:20

You are right in saying that older human faces resemble infantile chimps more than the adult ones, but then you say:

And adult humans even have as many body hair follicles as infantile chimps.

Well, humans have the same number of follicles as that of adult chimpanzees, and some other close relatives.(1)

Is there a possibility that humans evolved those facial features in order to look younger?

'Younger' in what sense? Your idea of 'sexual selection' does not make sense- because both sexes of the species evolved simultaneously. For being 'sexually selected', only one of the sexes should have the feature.

These features rather were a product of evolution- for example, you mention the lack of a protruding jaw. In modern humans, the area beneath the nose and around the upper jaw – known as the maxilla – is rich in cells that absorb bone. But in Neanderthals, H. heidelbergensis and other early hominids like Australopithecus, this area had lots of cells that deposit bone, causing the face to protrude forwards. Modern humans show widespread areas of resorption all over the maxilla. It is this resorption that helps maintain the human face where it is under the cranium, rather than protruding far forward. Similar patterns of bone resorption can be seen around the canine fossa in modern humans, whereas Neanderthal skulls show widespread bone deposition.(2)

So my though is that chewing power and intimidation was sacrificed for more sexual selection as in looking younger.

That is clearly incorrect. Our branch of the primate family (the genus Homo) evolved to have smaller and smaller canines, even as humans became increasingly more carnivore. It is believed that this evolutionary path is linked to our usage of tools and fire, which reduced considerably the need of long and sharp teeth to hunt and eat.

I just provided you factual explanations for your assumptions (which we do here), most of which were incorrect. I apologise, if anything I conveyed, affects your potential to continue asking and learning biology. Since you are new here, I want to add, the downvotes you got for your question should not demotivate you from thinking and having a wild imagination! :)