What is the function of epiglottis?

The last time I came across this question was when I was in high school. And the explanation I was given is that epiglottis works like a valve, it prevents foods from getting into the windpipe. Still, if I google the majority of the top results agree with this answer. Recently I got interested in rabbit anatomy after I bought a pair as pets. I learned they are "obligate nose breathers due to their epiglottis positioned rostrally to the soft palate". Then I tried to revise my understanding of epiglottis and that let to some sources that claim that epiglottis is not essential for swallowing. For example:

It was at one time thought that the epiglottis acted as " the lid of the larynx"; it was supposed that during deglutition it fell back like a flap over the laryngeal aperture in order to prevent ingress of food or water. This erroneous view as dispelled by Stuart, who proved that during swallowing the epiglottis actually moved forwards, to be squeezed between the base of the tongue and the rest of the larynx. This view cannot be disputed by anyone capable of judging, and the truth of it is borne out when observing a patient whose epiglottis has been almost entirely destroyed by lupus, but whose powers of swallowing remains unaffected.

Judging from google searches and Wikipedia entry on the topic it seems the dominant view is: epiglottis prevents food from getting into the trachea. But many research like the ones I have mentioned above says that people can swallow without epiglottis. How to make sense of these apparently contradictory claims?

Active Oldest Votes
2
$\begingroup$
Want to improve this post? Add citations from reputable sources by editing the post. Posts with unsourced content may be edited or deleted.

You are right, The main function of the epiglottis is to seal off the windpipe during eating, so that food is not accidentally inhaled.(quote from here).

It's a flat shield of cartilage, which is obviously an efficient valve, It's a valve between the trachea and the esophagus.

It lets lions to eat a pound of meat without choking on their prey. It lets humans drink tea without coughing on their buddies.

Information stating that it's "possible" to eat without an epiglottis doesn't imply that it's "efficient and safe", and contradicts medical interventions where they use a piece of ear cartilage to build a new epiglottis.

Survival didn't encourage the "possibility to eat"... it has made animals very robust and efficient at it. Herbivores can spend most of their day eating, and are often attacked while they are eating and drinking. Carnivores also have reasons for efficient swallowing, big carnivores can eat many pounds of meat very fast while fending off competition from hyenas and other predators.

Sleep apnea patients have their epiglottis modified to give room to breathe at night, and they risk choking and aspiration for a while, although they can adapt because they keep some of the cartilage, so they still have a valve.

Different animals have different breathing habits, with some being obligate nose breathers, including human babies of under 6 months and up to 6 years. That's because the epiglottis either contacts the trachea or it leaves space there. 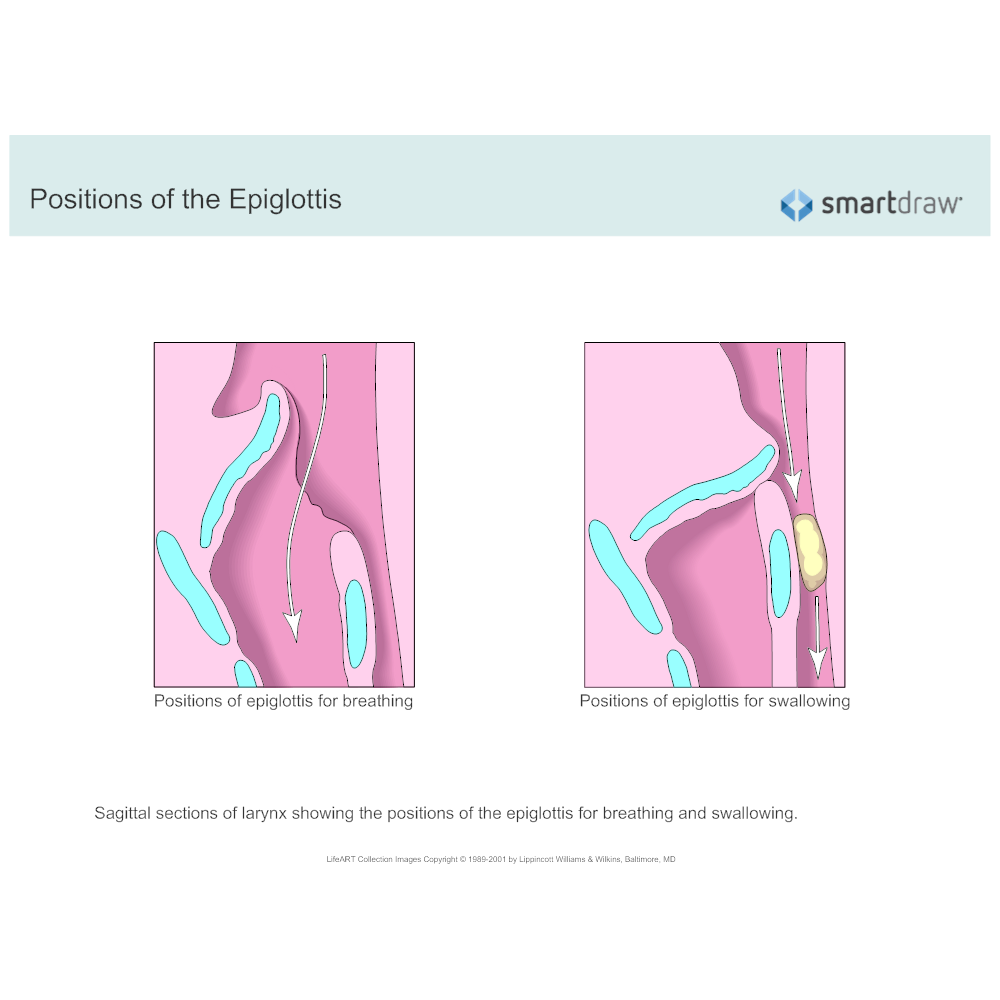 Not the answer you're looking for? Browse other questions tagged human-anatomy anatomy or ask your own question.

5
What is the function of the Hyoepiglottic ligament?

15
Can any other animal choke on food?
2
What is the function of the Moderator band?
5
What is the function of the Hyoepiglottic ligament?
12
Human spine: Is the coccyx really fused?
4
HOW is the Gallbladder attached to the liver
0
What are the small lumps in the mouth of the fish, and what is its function?
2
Ligaments at the posterior superior iliac spine
14
Do patella bones form in people born with the inability to walk?