How are large snails able to climb trees?

In answers to What kind of hot pink eggs are these? and the linked duplicate I found out that snails that live in the water will climb up a smooth stick or branch to deposit their eggs. Today I saw several large (8 to 10 cm) snails climbing trees both a relatively smooth one and one with considerably rough bark.

How do these large and heavy snails manage to adhere safely to the sides of trees and climb so high? Is it adhesion? Is suction involved? 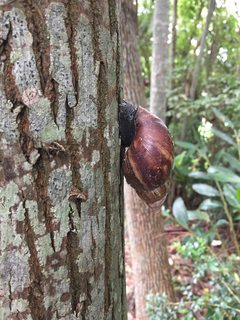 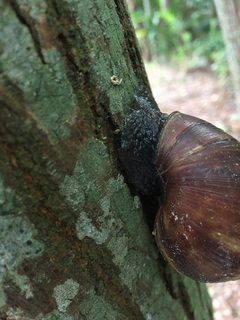 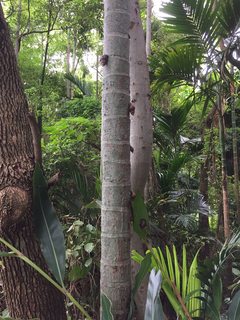 above: June, northern Taiwan lowlands in a damp area. They look similar to the species discussed in answers to What are these four large snails doing? below: from What kind of hot pink eggs are these? 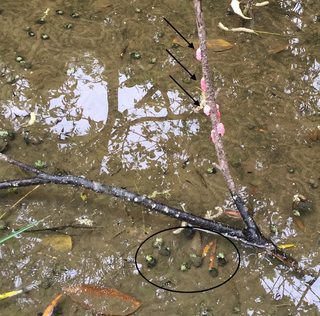 Researchers discovered nearly 30 years ago that snail mucus has some unusual properties. It allows the animal to stick to a surface while moving, with the mucus changing its characteristics according to how firmly the snail presses on it. The slime initially acts like glue, sticking the snail to the surface. But when the snail's foot presses down hard enough on the mucus, it becomes more liquid, allowing it to flow underneath the moving snail. Existing theories assumed that this special characteristic of snail mucus was always necessary for the snail to push off and move forward.

Not the answer you're looking for? Browse other questions tagged trees locomotion gastropod or ask your own question.

8
What are these four large snails doing?
4
What kind of hot pink eggs are these?

5
Why are the genomes of some trees so large?
5
How does one calculate the amount of oxygen produced by trees?
11
Are these birch or aspen trees?
1
Are “constraint trees” in phylogenetic analysis cheating? How can I correctly use them?
2
Are there any trees that prefer to grow on the floor of water bodies but protrude to the air?
8
What are these four large snails doing?
1
How many nutrients do trees process daily?
0
How do bees help flowering trees survive?