Hiking in low mountains in northern Taiwan in early May I noticed that something seemed to be looking at me from the ground, and it turned out to be the pattern on an insect's wings.

The wings are fuzzy like a moth or butterfly but they fold back.

There is also a striking face-like pattern on the wings, one "eye" with heavy upper eyelid on each and a "mouth" across both, and it has very long black (or blue?) and white densely-striped antennae or feelers which project straight forward, and it's legs were also black with several white bands. The length from head to wingtips (not counting antennae) was about 2 or 2.5 cm.

I also got the distinct impression that its orientation was not flat (parallel to the leaf's surface) but oriented with its rear high, so that something in front of it could see the "face". I don't have a photo from the side but based on judging things from what is and isn't in focus I think it's pretty clear.

Question: Is it possible to identify this insect with a big “face” pattern on its brown fuzzy wings? Is it also possible to know if the pattern has some underlying structural function within the wings, or is it only for appearance? 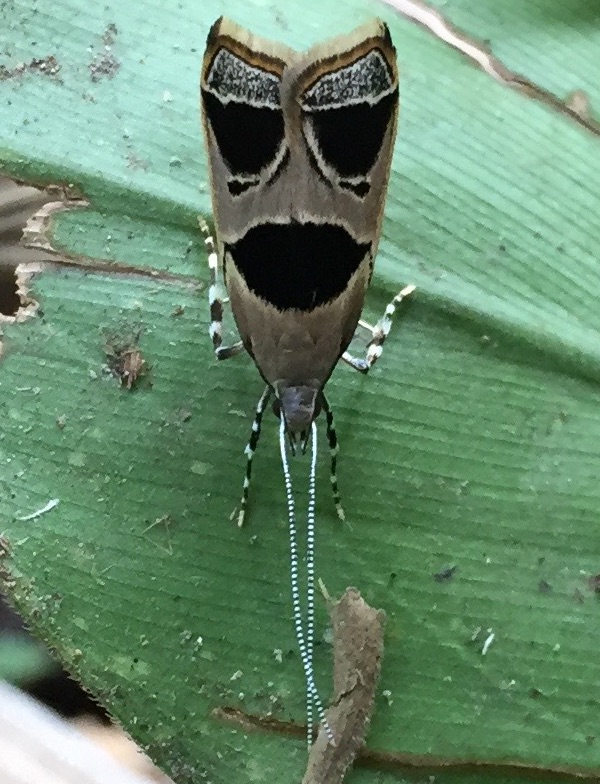 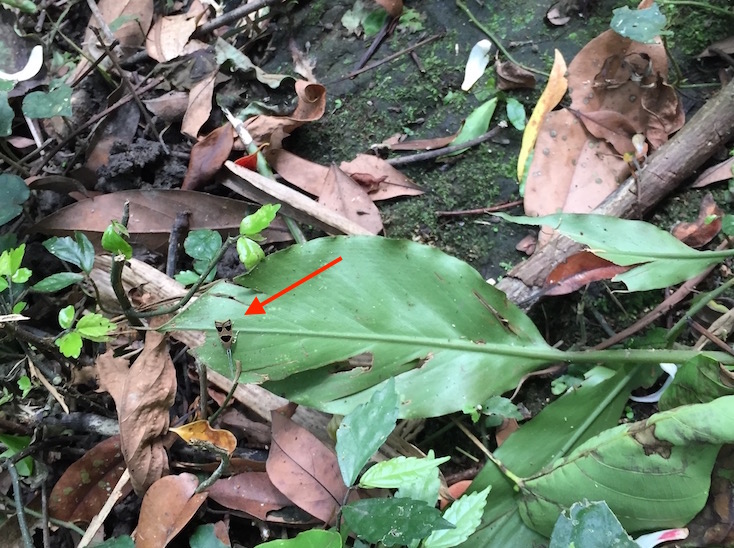 I fully admit that I am not an expert on Asian insects but having trawled through various species identification keys and collections I am fairly certain that the insect you observed was:

I lifted the following species description from Wikipedia and I think it matches your description & photo rather well:

Deltoplastis commatopa is a moth in the family Lecithoceridae. It is found in Taiwan and the provinces of Jiangxi, Hunan, Hubei and Sichuan in China.

The wingspan is 16–22 mm. The forewings are light lilac-fuscous with blackish-fuscous markings, edged ochreous-whitish. There is a large subtriangular antemedian blotch from the dorsum nearly reaching the costa, connected with costa by an angulated mark. There is a large triangular postmedian blotch, its base posterior, reaching the costa and the dorsum, its apex cut off by ochreous-whitish to form a tadpole-shaped mark. The terminal area beyond this irrorated (speckled) ochreous-whitish, a blackish marginal line round it. The hindwings are fuscous, darker posteriorly.

Here is a screenshot of the entry in the Global Biodiversity Information Facility: 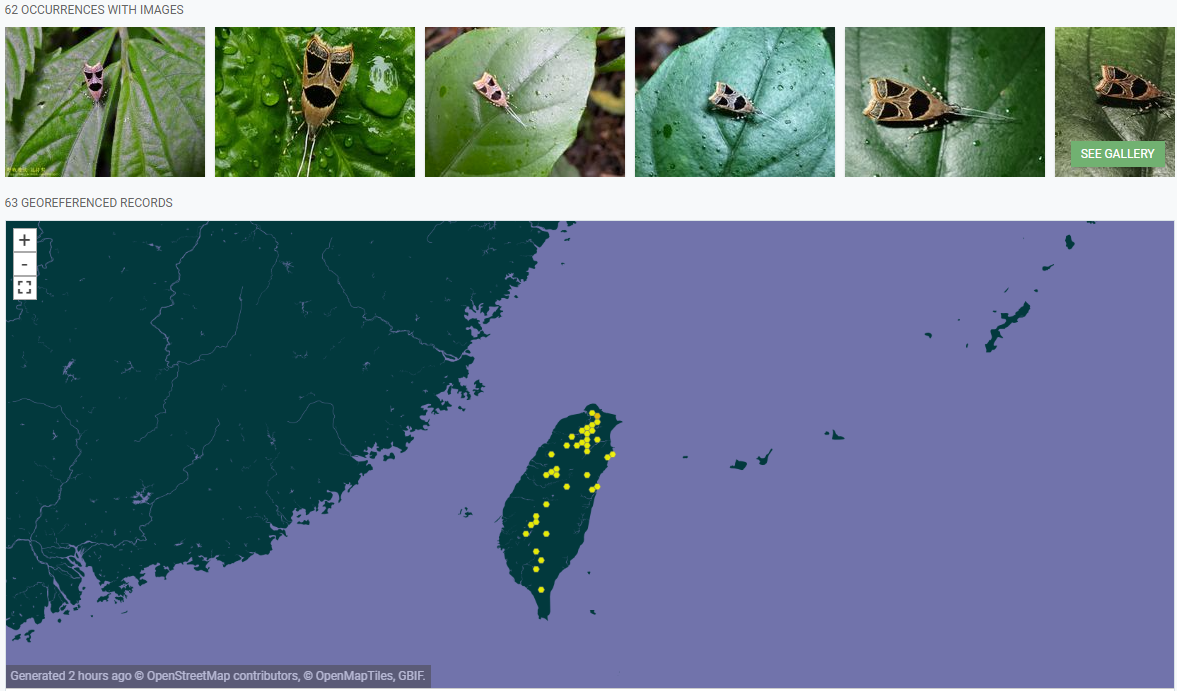 You can see from the entry that several occurrences have been reported (with images) by people in Taiwan.

9
Identification of a small to mid-sized, yellow moth species found in India at monsoon season
8
Please help to identify this insect
6
Possible moth identification
3
What kind of beetle has fuzzy orange antennae and can flip its head down for digging?
5
Can you identify this insect?
7
Insect with long neck—what is it?
4
Identify this black dragonfly with a bright bluish-white band around its body
4
Identify this black dragonfly with bluish coloration along its flat top, yellow on it's mid-body and green on its head
1
Why do dragonflies have these special little spots on their wings?