What large "package" is carried by this large spider underneath itself?

One night in early May in northern Taiwan a strange looking spider carrying a large white "package" underneath itself ran in front of me and stopped, so I photographed it. The package is roughly the size and shape and color of a round dental floss dispenser that one would carry in one's pocket, perhaps a little smaller, about 2.5 cm in diameter.

I took some photos with a flash and without. The total span of the spider's legs was about 10 cm.

I'm guessing this would be an egg case, but it's surprisingly large, could it be prey? I suppose if a spider didn't have a home of any kind it would have to carry its meals with itself. It seems to be well adapted to this and moved quickly even with the large load.

Question: What kind of spider is this and what is it carrying underneath itself? 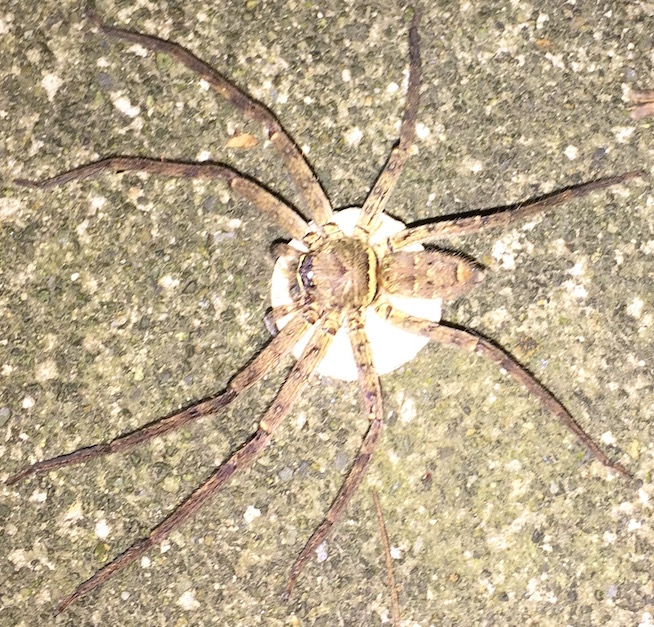 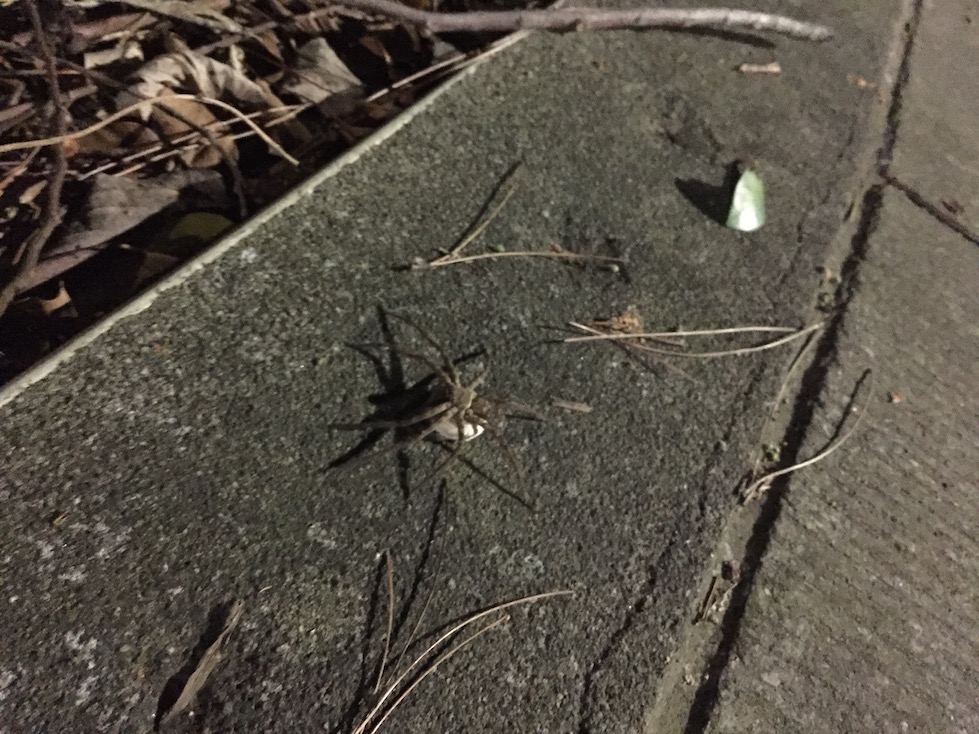 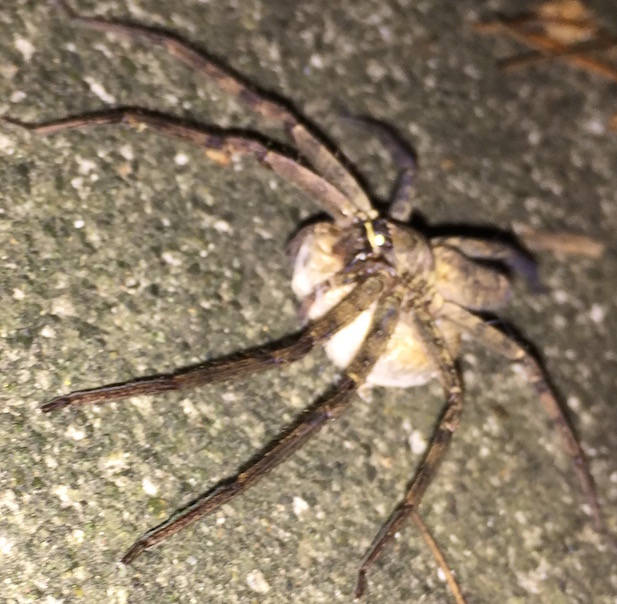 It's a Huntsman spider. The genus is Heteropoda but not sure of the species (pingtungensis?) Yes, it is an egg case she is carrying.

Ask a local if it is the white barred spider, LaYa 喇犽, Mandarin is 白額高腳蛛. If so then it may be veratorias as in below article. Wikipedia article on one species at https://en.wikipedia.org/wiki/Heteropoda_venatoria

If you get more good photos, put them on wikipedia or somewhere. Until then, here's Heteropoda venatoria (Fam. Sparassidae) from here: 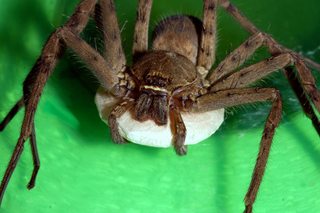 Not the answer you're looking for? Browse other questions tagged species-identification reproduction arachnology or ask your own question.