Does the human eye’s field of view shrink when focusing on far away objects?

It seems like the lenses of the eye is like a fisheye lens that flattens out to a normal lens when looking at far away objects. Does that also mean that the field of view gets narrowed down as well? Or is that not how light works?

The lens does flatten when contracted to look at far objects. This is however still a regular cylindrical lens. It's not perfect (even when corrected), but close to it. Straight lines project to straight lines on the image plane (for your eye the retina).

A fisheye lens is different because it creates strong geometrical distortions. A straight line will appear curved on the image plane. You can see that on the images taken below (from some random source). Left is a regular lens, right is a fisheye lens.

The human eye actually introduces some so-called barrel distortions (so it's a little bit like a fisheye lens). You can demonstrate that by looking at this checkerboard pattern (from Helmholtz's treatise on physiological optics). If your eye is close enough you'll see the checkerboard straight, because the barrel distortion introduced by your eye will "straightens" the distorted checkerboard. 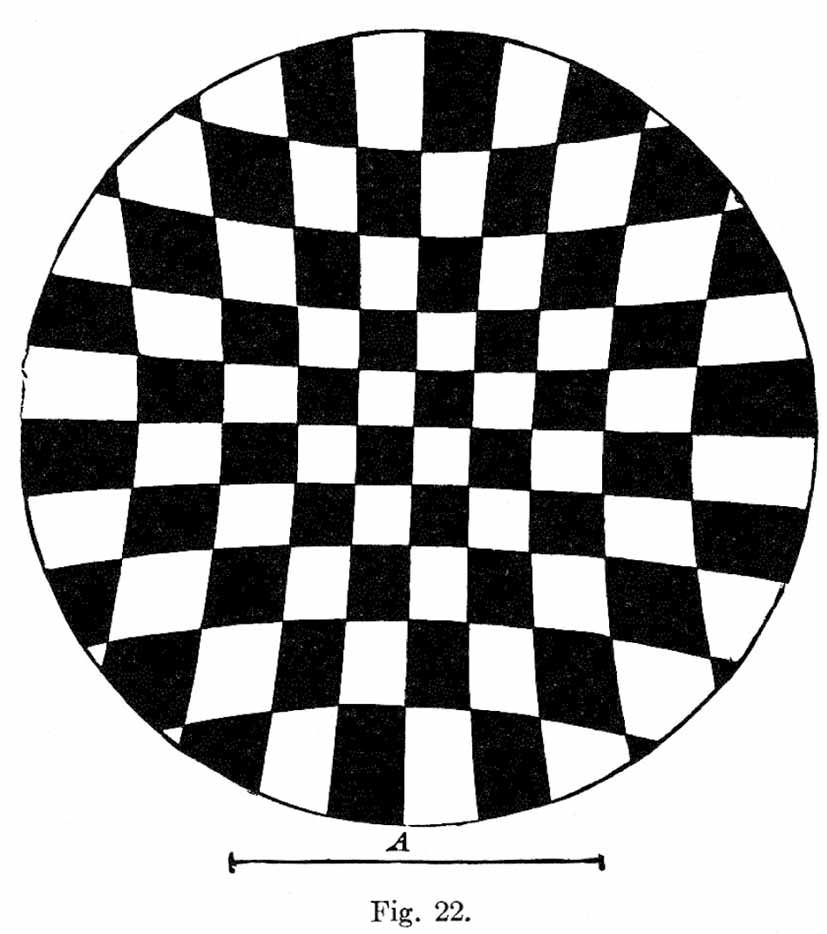 Focusing at different distances will make objects appear sharp. Because all light rays coming from this object will project at the same point on your retina. Objects at a different distance will appear blurred because light rays will project at different points causing a "spread" (defocus blur, see image from wikipedia "circle of confusion" article). This is however totally independent from the field of view. Test it yourself: take a pen, place it close to your eye. Pay attention to an object far in your periphery, nearly outside your field of view. Now focus to the sky behind the pen (~infinite focus distance), then your pen. In both cases you can still see the object in periphery because your fov hasn't changed. 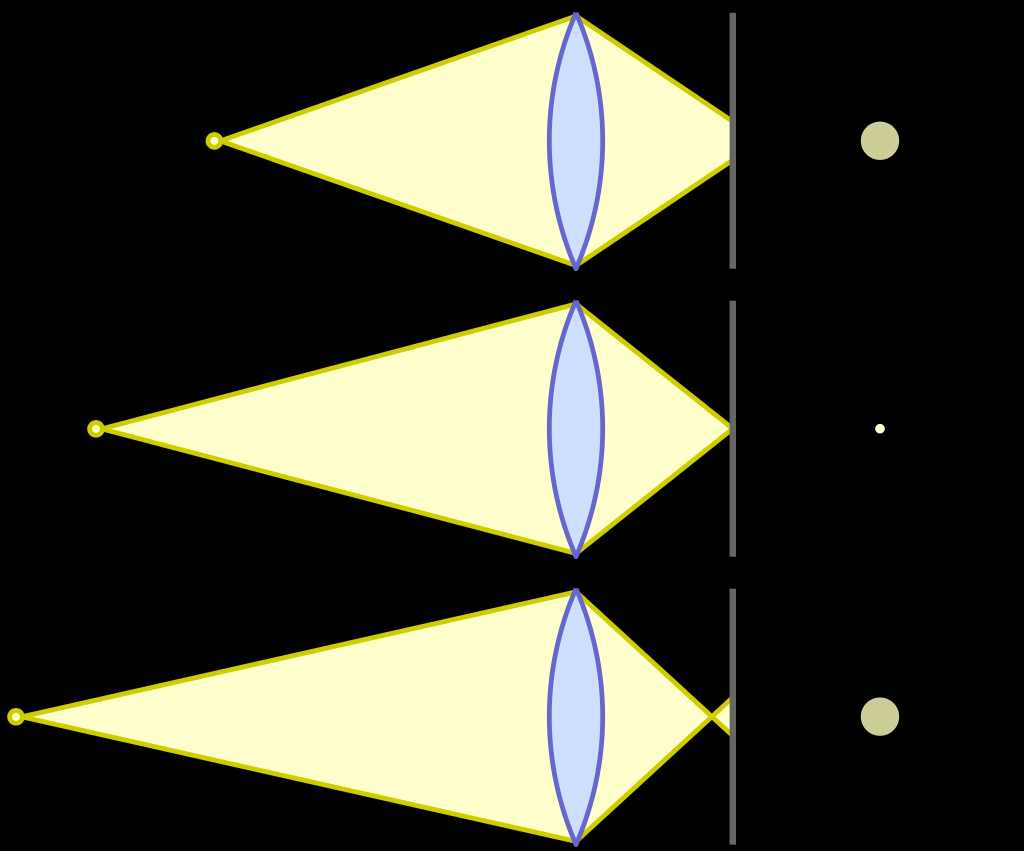 Not the answer you're looking for? Browse other questions tagged human-biology eyes human-eye or ask your own question.

7
What is the eye muscle status when you stare at distant view through a glass wall?
13
Why can't ciliary muscles in the human eye relax like other muscles?
12
What's the minimum distance of focus for the lens of a human eye to reach maximum flatness?
2
What is the difference between myopia and hyperopia?
2
Relaxing Eyes when using Virtual-Reality-Glasses?
5
Why can myopic eyes focus on nearby objects, but not on distant ones?
9
Can frogs see clearly under and above water?