What is this red orange insect with black dots found in Japan?

I searched with picture to Google, and they suggest it might be

I also went through the list of insects from this page, http://www7a.biglobe.ne.jp/~yabuyama/koucyuumoku.html, it is in Japanese. The bug that looked like the one in picture the most was a ベニカミキリ (latin name: Purpuricenus temminckii), but it did not have the black dots, and it seems too small.

The insect was found near a pond in a Japanese garden in Fukuoka, Kyushu in June. I do not recall the size of it, but I think it was somewhere between 1cm and 3cm long. 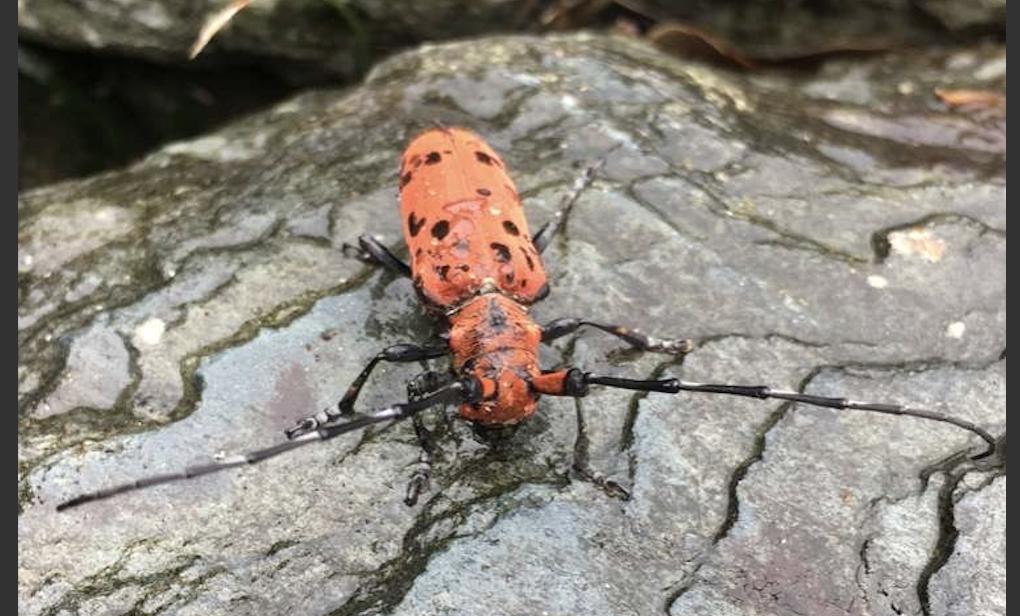 I was able to find it in an insect lexicon. It is all in Japanese, but the description fits the image. The insect is in fact a カミキリ、a ホシべ二カミキリto be exact. And the binomial name is Eupromus ruber 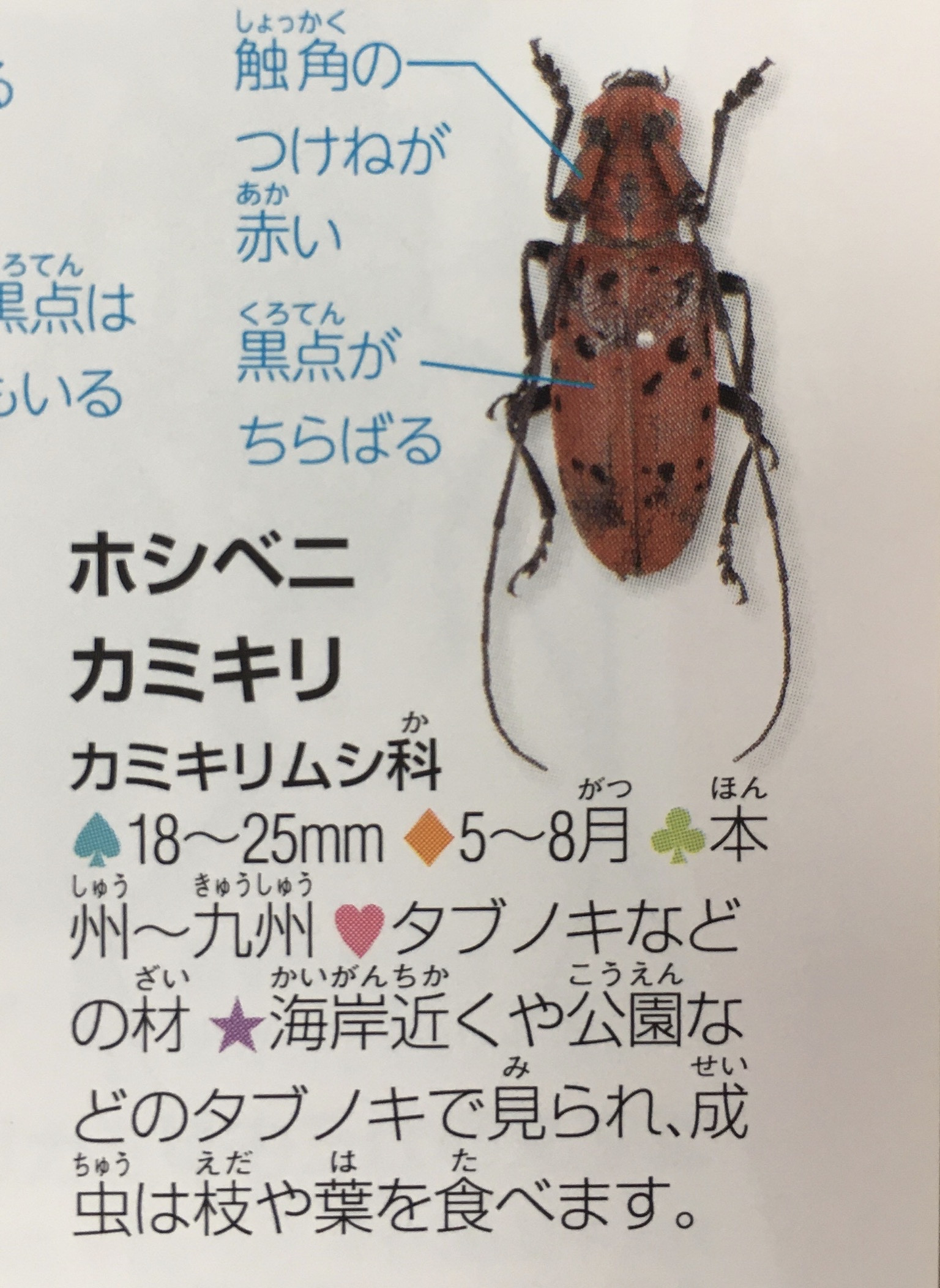 And a Wiki page in english https://en.m.wikipedia.org/wiki/Eupromus_ruber