Humans best at long distance running: purely physiological or is it a function also of ability to pace?

I have read that although certainly other land animals are much faster over short distances, a human can run down any other animal over time, so that if a human is hunting like a gazelle, etc. eventually the human will catch up. I am wondering if this is purely a physical thing or if humans, knowing how to pace themselves, avoid exhaustion while the gazelle just runs as fast as it can and then collapses -- is it possibly because humans are smarter that they are better long-distance runners? (Now, some birds are able to fly for thousands of miles and I guess also in water we can't compete.)

EDIT: I understand that humans have some physical attributes that contribute to their long-distance abilities but is the ability to understand pacing also part of it?

I would argue that the two factors of physiology and pacing are essentially one in the same. A huge component of pacing for distance runners is breath control. This requires indepndent control over breathing while simultaneously maintaing runnning form, which is simply not an option for most quadrapeds.

This stock photo of two gazelle in sprint illustrates why. With each bound, a gazelle's torso compresses (left) and then expands (right) in sync with it's running motion. That compression forces air from the animal's lungs, syncing the rate of breathing with it's rate of running. Because of this, they cannot control their rate of breathing control without also changing their step rate. 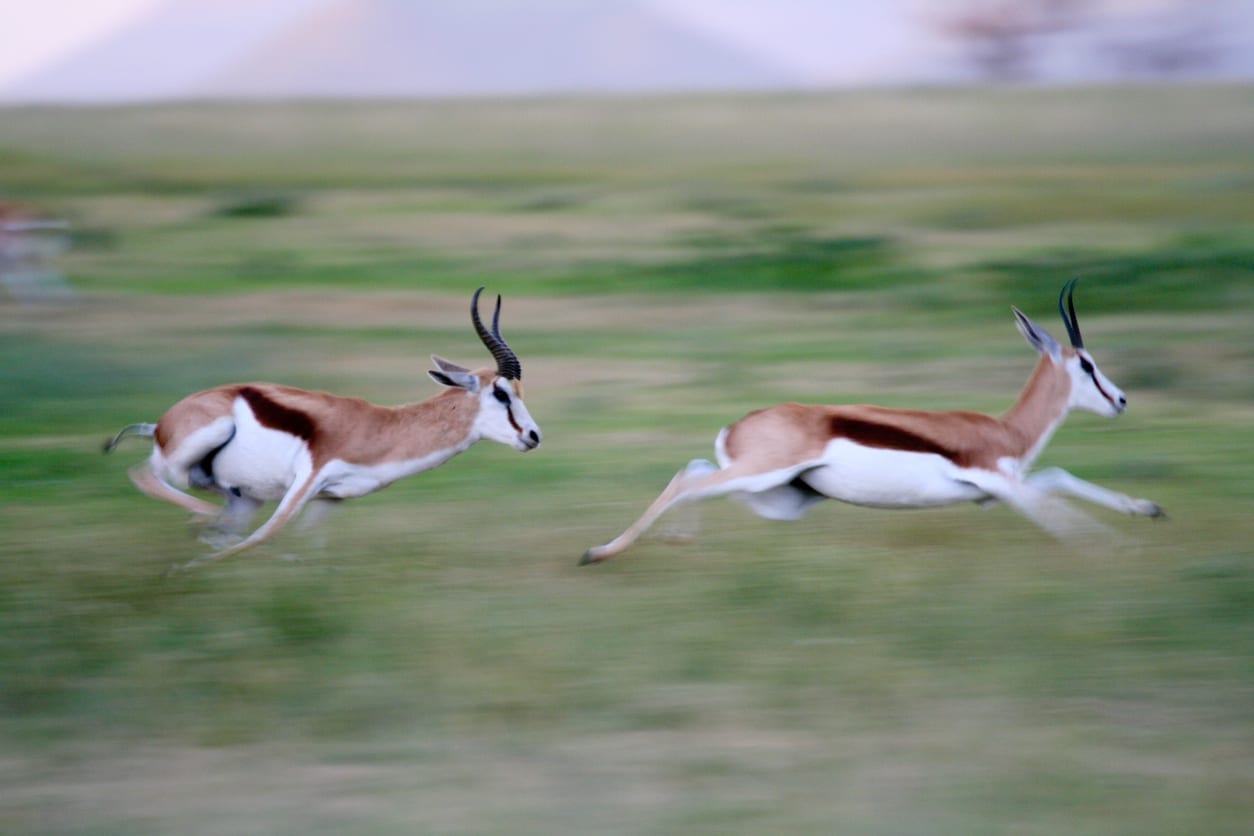 The fact that people can learn from coaches and books to get better at pacing suggests there is a cognitave aspect to it, but it's the physiology of bipedal locomotion that allows for more efficient pacing in the first place. It's not easy to separate the two factors in a scientific (non-speculative) way, since we can't train an animal to do something that it's not physiologically capable of doing.

There are some interesting discussions here about the Iditorod, which I imagine involes some amount of the human driver pacing the sled-dog team.

Not the answer you're looking for? Browse other questions tagged physiology muscles or ask your own question.

31
Do men have more extreme variations than women?