However the thing that I didn't clearly understand was the reason for some de novo defects being more prevalent than others. For example the trisomy of chromosome 21 causing downs syndrome is relatively more common than the trisomy of the other chromosomes. Why are some aneuploidies such as trisomy 21 replicated independently in many different individuals (are more prone to occur) than others?

Edit: I am only addressing aneuploidies as those are the examples given. Other classes of mutation have distinct mechanisms, so I would split those out into another question if you are interested.

Chromosomal abnormalities occur more frequently when it is hard for cells to do meiosis and mitosis properly with a chromosome, or when the chromosome is more prone to "break" for some other reason.

The cell relies on certain architectural features (centromeres) to segregate chromosomes properly during mitosis. When segregation goes wrong, then you find aneuploidy much of the time. Chromosomes have other features such as telomeres and satellite DNA that can lead to chromosome fusion errors by different mechanisms. For example, yeast cells that have aberrant telomeres lead to high rates of aneuploidy.

Different chromosomes of the same genome have some variation in structure, repeat content, and other features that may predispose to aneuploidy formation or otherwise. These can include the quality and functionality of features such as centromeres and telomeres; these can vary even for the same chromosome across the lifespan of an organism.

For example in yeast, people have observed quite dramatic differences in the occurrence of spontaneous aneuploidy between different chromosomes (see figure 1). Yeast cells are much more robust to chromosomal variation than humans as they do not have a complex developmental cycle. However, aneuploidy of chromosomes with certain genes does seem to be selected against in that paper. There also appear to be dependencies in which the aneuploidy tolerance of one chromosome depends on the karyotype state of some other chromosome. "In other words, CIN [chromosomal instability] does not appear to be caused by some general property of being aneuploid per se but rather by determinants associated with specific aneuploid karyotypes." 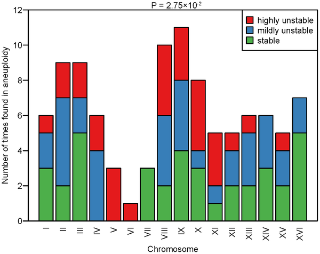 Experiments in the muntjac (a mammal) seem to show that the different chromosomes segregate more or less effectively based on centromere size (Figure 2). 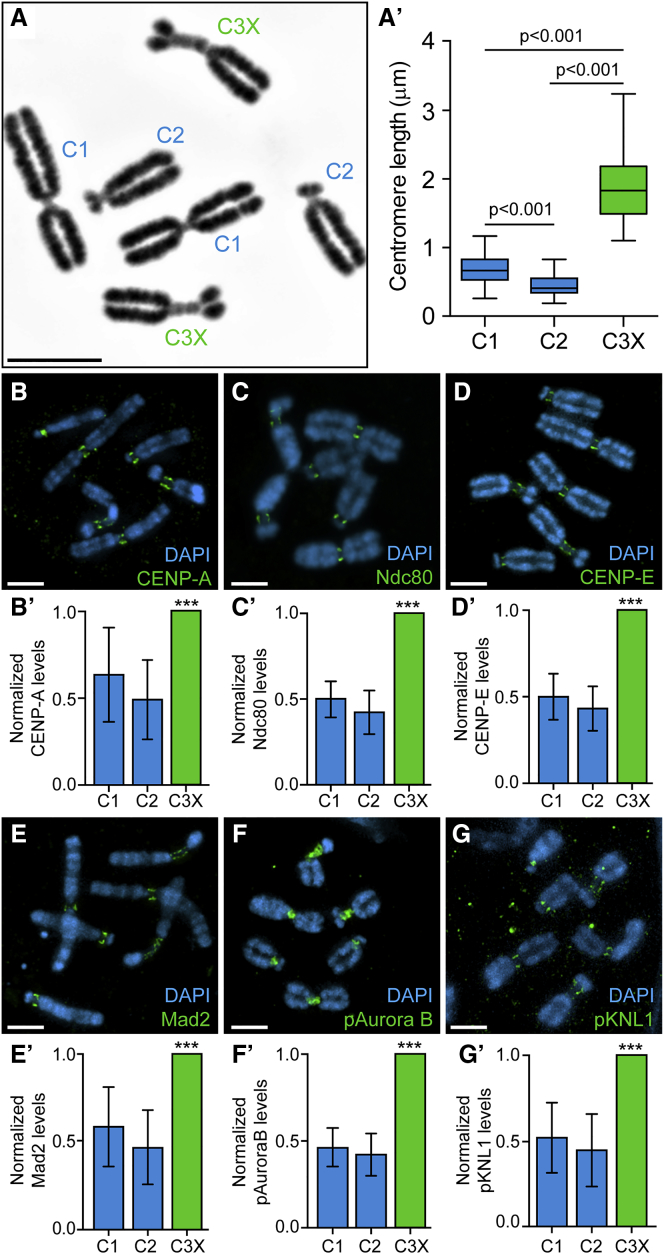 When you ask about trisomy 21, note that chromosome 21 is acrocentric in humans. Thus, aneuploidies occur for chr21 at a somewhat higher rate.

However, commenter @MikeyC has a good point that there is a bit of ascertainment bias in how we find aneuploidies. Many aneuploidies are embryonic lethal and spontaneously abort; chr21 trisomy on the other hand yields living babies with noticeable features of their aneuploidy, so we know a lot about it and see it a lot. This seems to agree with the yeast data.

So there are multiple contributing factors. There is some variation in how chromosomes give rise to aneuploidy, but we also need to consider the means by which we observe aneuploidies in evaluating those molecular mechanisms.

Not the answer you're looking for? Browse other questions tagged genetics mutations karyotype or ask your own question.

12
Have any mutations or genetic loci been associated with exceptional longevity in humans?
2
Recessiveness of allele for protection of organism
8
Is Mutation Theory still "valid" for complex organisms?
4
Polymorphism in number of chromosomes?
6
Why is Turner syndrome a problem?
0
Whether de novo mutation can be inherited or not?
5
A mutation question from the Indian National Biology Olympiad
0
How often are diseases caused by more than a single mutation of a gene?