Why do dragonflies lose all of their coloration once they die?

Scientists have been collecting dragonflies since the eighteenth century, but there’s always been a difficulty. Dragonflies quickly become deathly pale, they lose all their color. That’s why collectors have usually preferred to concentrate on butterflies...

and an image of rows and rows of uncolored dragonflies pinned to a display are show.

Question: Why do dragonflies lose all of their coloration once they die? 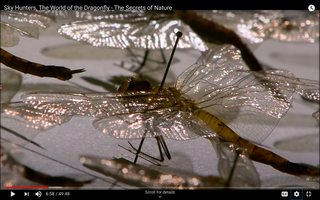 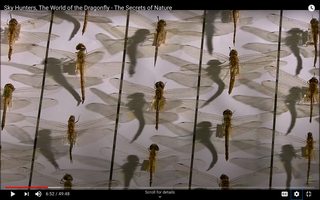 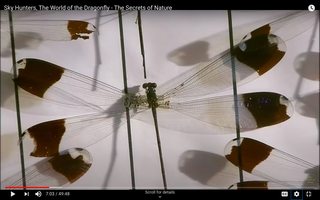 This is probably because the color in dragon fly wing is due to chitin crystal and which is protected by some secretion over the entire wing something like cuticle upon leaves and when dragon fly dies that secreted substance upon wing washes away when not maintained resulting in shredding off of the color from wing. Sorry I can't comment (<50 reputation) so I did answer even tho im not clear with it.

Try reading this you might find something useful maybe Insect Wing Also this journal said that while studying the wing of dragonflies they killed and kept them in lab it didnt mention that wing lost color Mechanism of the wing colouration in the dragonfly Zenithoptera lanei (Odonata: Libellulidae) and its role in intraspecific communication

So it might be possible that the video shows dragonflies after some long time maybe a week after death and body is intact because of chitin layer but wings bleached away in sun or degraded in environment.

Also wings have supply of veins so something related with continuous production might be cause of that thing too.

Not the answer you're looking for? Browse other questions tagged zoology entomology pigmentation or ask your own question.

10
Why don't dragonflies wings collapse?
45
Why do cockroaches flip over when they die?
13
Why is mammal coloration so dull?
3
Why do moths not die when they fly into a window?
1
Why do flipped cockroaches sometimes lose their heads?
2
Why do insects (flies) put their legs together when they die (as if they're praying)?
4
If all animals were to die, would all plants die too?
0
Do fledglings die if they are not fed constantly?
1
Why do dragonflies have these special little spots on their wings?