I recently encountered a (probable) deathstalker scorpion in the Negev desert in Israel: 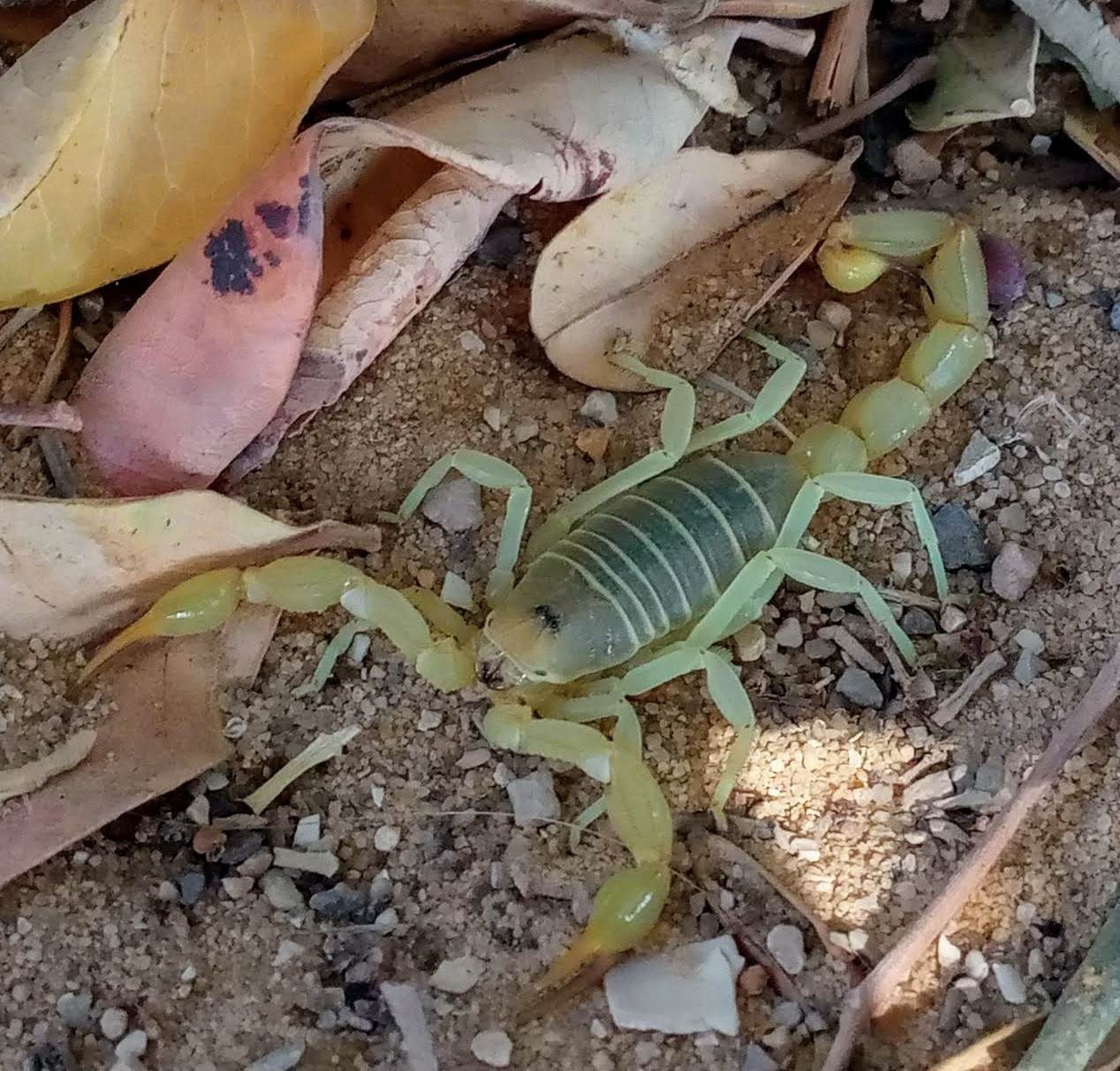 However, when trying to identify this species I found that in many/most photos of the yellow scorpion the final segment before the stinger was dark or even black (see the wiki link for examples) i.e., not yellow, as shown in the photo.

Update - I contacted an Israeli PhD from Haifa University who wrote the following:

"...looks like Andrtoctonus amareuxi (also referred in the past as Andrtoctonus amareuxi hebraeus, Israeli fat-tailed scorpion (קטלן עברי) the genus common name is fat-tailed scorpion... The color of the last segment of the abdomen before the stinger is not a very good sign alone for species identification, as it is variable in the population and also found in at least 2 other genera/species (in the genus Buthus and in some species of the genus Compsobuthus). Anyway for sure it is not the deathstalker which is easily identified by a marking on the prosoma, behind the central eyes, that looks like a lyre and the ridges on the abdomen..."

According to the Israeli Scorpions Field Guide, deathstalkers can have also pale metasomal segment V, so a black one isn't a sure identification sign although it is very common among deathstalkers. The characteristic of the Israeli deathstalker are 5 ridges along its back. The species of deathstalker in the Negev (and Israel) is Leiurus hebraeus.

I haven't found an official reference, just a mention that the metasomal segment V can be pale in some adults.

Perhaps after molting the colour is different?

I see picture with the same pale coloration at sciencedirect.com/topics/agricultural-and-biological-science‌​s/…

8
What is this bird of prey with white belly?