I took these photos around noon in late July in Hsinchu county Taiwan. This particular stick in this particular pond is visited by many dragonfly species. This one was very high energy and nervous but taking my time and waiting for it to return each time I spooked it I eventually got almost (but not quite) close enough to take a decent photo with my phone.

Its body is about 5 cm long and mostly jet-black. However it has a bright, solid white or blue-white band about 1 cm long behind the fat part of it's body along the long "tail section".

I'm showing the two best photos below, for the darker one I lowered the brightness of the photo on my phone before taking it so that the band wouldn't be saturated but it is still extremely bright. It may in fact be slightly blue-hued or that could be an effect of the phone's camera.

Is it possible to identify this particular species of dragonfly? 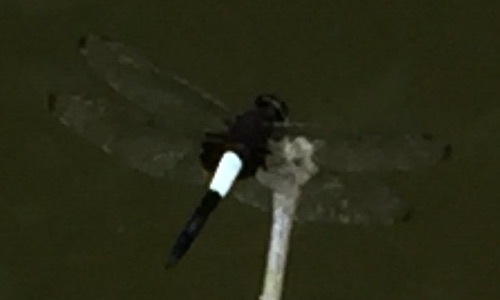 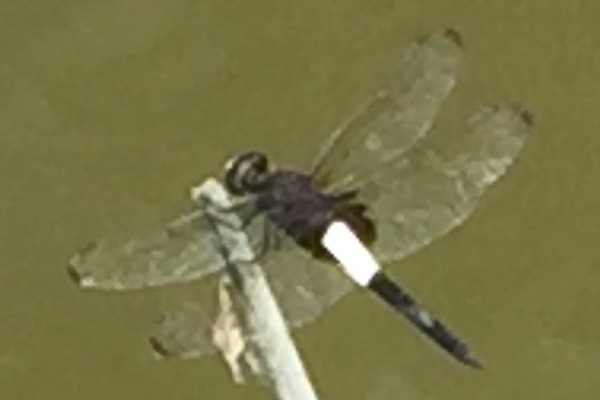 The closest match I can find is Pseudothemis jorina: 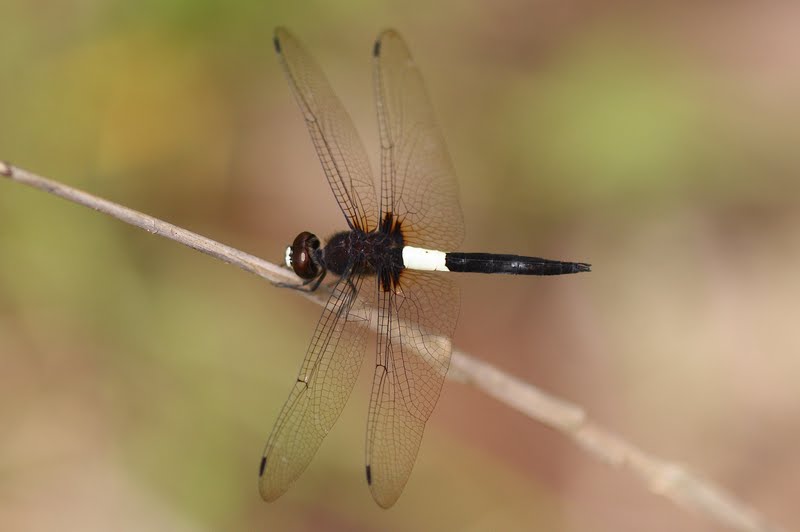 It's very similar to your pictures in regards of body shape and the light distinct band, although I'm not sure it would normally be found in Taiwan. It's more common further south like Thailand and Malaysia.

update: A week later on August 7th I revisited the same pond and it's drangonfly stick and photographed what appears to be the same species, but this time it was perched at a different angle and I was able to photograph the "white forehead" more clearly. The first one is overexposed, so I set the exposure on my cellphone camera lower and took the second image. It's remarkable just how bright white these markings are in bright daylight! 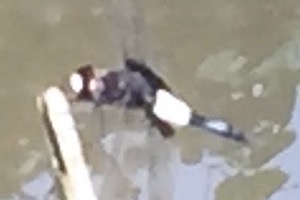 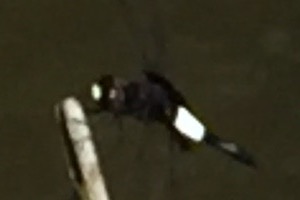 @Alex's answer found a very close match with Pseudothemis jorina but as pointed out there that species is generally found in Southeast Asia, not Taiwan or Mainland China.

Pasting Pseudothemis jorina in the species search box in https://www.inaturalist.org/observations (found in this answer to Identify this large, beige or pine cone-colored squareish beetle and/or the pine cone it's on?) it is recognized and the alternative name "Banded skimmer" is also displayed. I show a screen shot of the map of reported sightings below, and it confirms that the range is SE Asia from northern Laos to Singapore. This is not likely the right species, but it seems close.

I remembered another site for Taiwanese insects that was cited in this answer to Identify this insect with a big “face” pattern on its brown fuzzy wings. The site is in Chinese and I can't read it, but I could use google to search the main page http://gaga.biodiv.tw/ for Pseudothemis and we may have a winner!

inaturalist.org calls this a "Pied Skimmer" and shows sightings from Myanmar in the west to Davao in the southern Philippines up to to South Korea and southern Japan, and even a reported sighting in northern California!

Like Pseudothemis jorina, this species is also reported to have a "white forehead" (per Google translate). I can almost see it in one of the images in the question, I'll be walking past that pond again today so I'll see if one is there and if it has this feature.

I notices in the second image below that there is also a slight bluish hue to the white band on the lower dragonfly. This could also be a photographic artifact and not real, but it's worth noting at least. 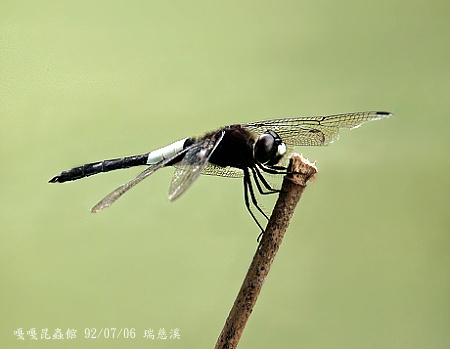 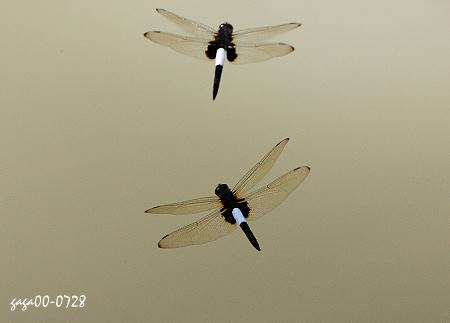 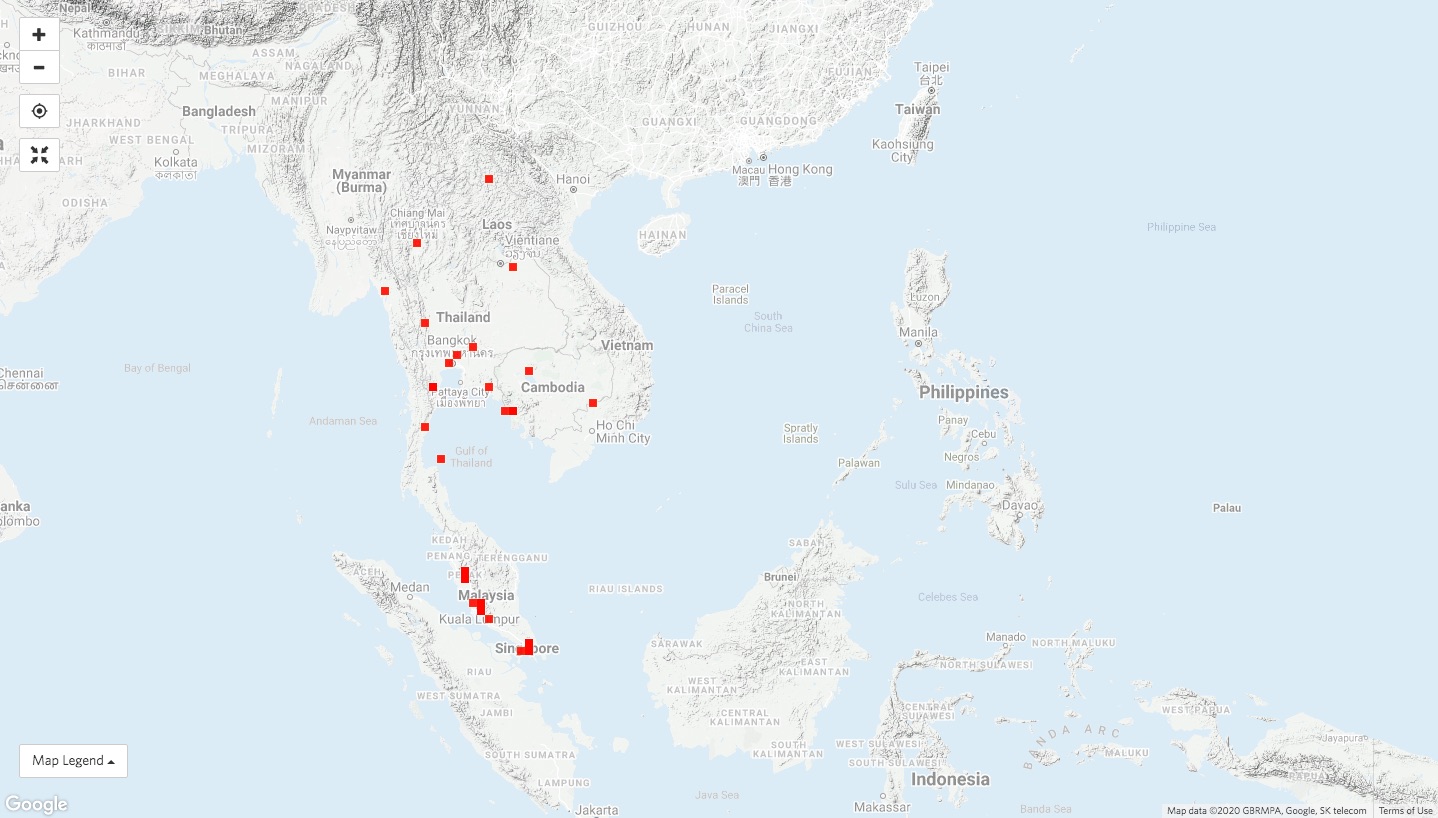 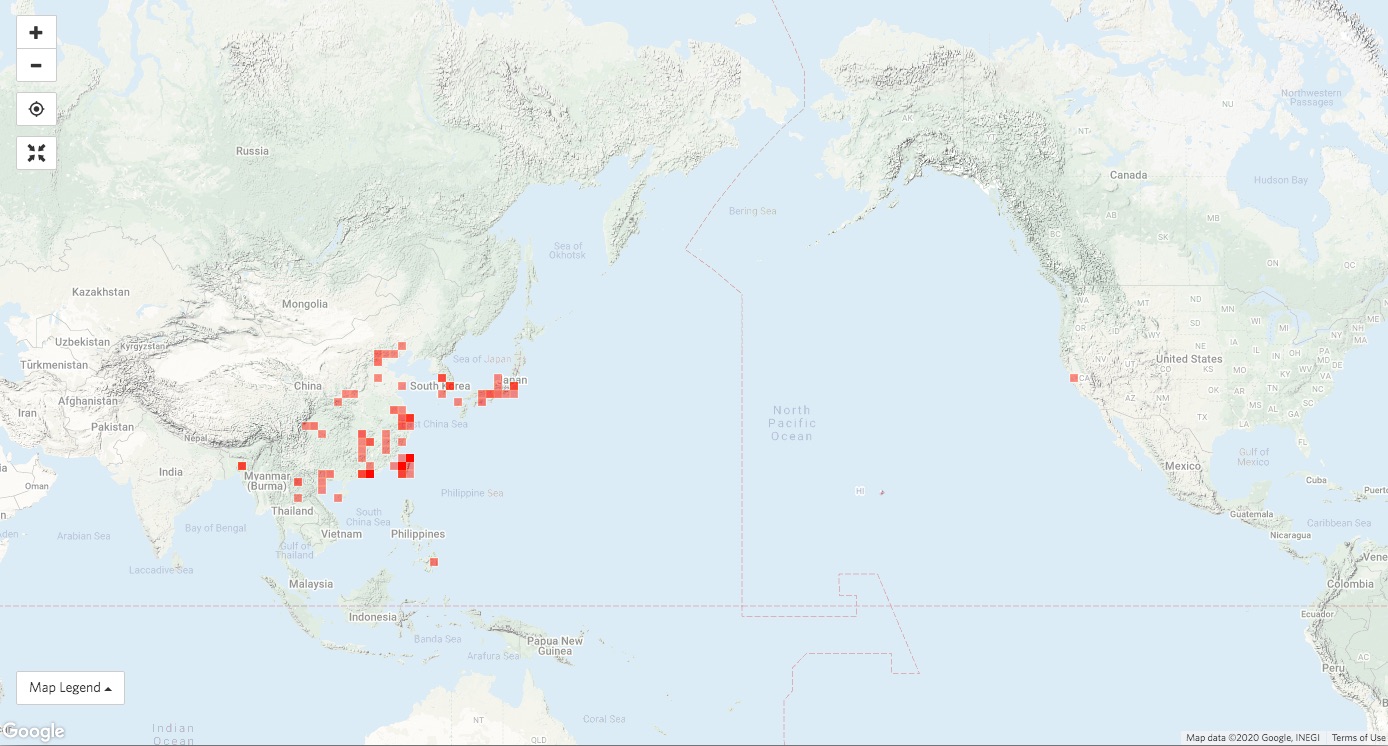 Looks like this species is Orthetrum triangulare commonly known as blue-tailed forest hawk. It is an Asian fresh water dragon fly species.

As you mentioned that the dragonfly had a bluish hue, it became clear. 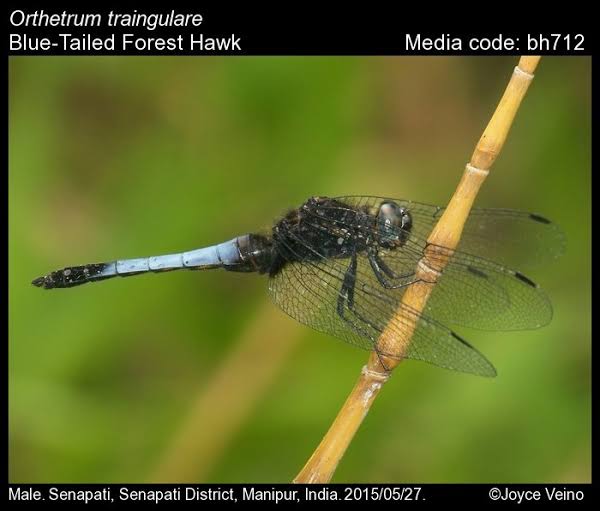 Since a similar type of this, called Orthetrum albistylum commonly known as black-tailed skimmer is found in Central and South Europe to China and Japan. However it has got a black color. 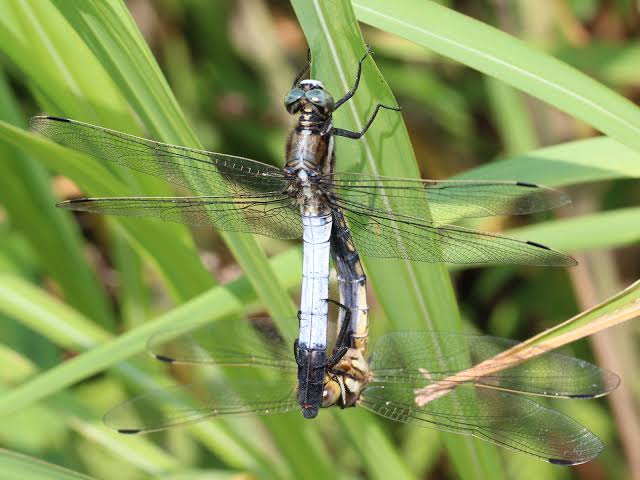 5
Identify this large, beige or pine cone-colored squareish beetle and/or the pine cone it's on?
4
Identify this insect with a big "face" pattern on its brown fuzzy wings
4
Identify this black dragonfly with bluish coloration along its flat top, yellow on it's mid-body and green on its head
4
Identify these two large, colorful dragonflies in Taiwan?
1
Why do dragonflies have these special little spots on their wings?