Naively, I thought that germ cells are diploid (in diploid species like human/mouse at least). Then, germ cells undergo meiosis and become haploid. I thought this was the critical change that defined these derived cells being named gametes (spermatozoon/ovum) rather than germ cells. However, I read that while XX mammalian germ cells undergo meiosis during embryonic development, XY germ cells don't go through meiosis until well after birth (puberty). This would mean that female gametes arise over a decade before male ones in humans. Is there an accepted definition of when germ cells differentiate into gametes and the terminology?

Your observation is right.

The ootid is the immature ovum formed shortly after fertilization, but before complete maturation into an ovum. Thus, the time spent as an ootid is measured in minutes. ....(2)

(In oogenesis, the ootid doesn't really have any significance in itself, since it is very similar to the ovum. It matures into an ovum.)

This diagram sums it up very well: 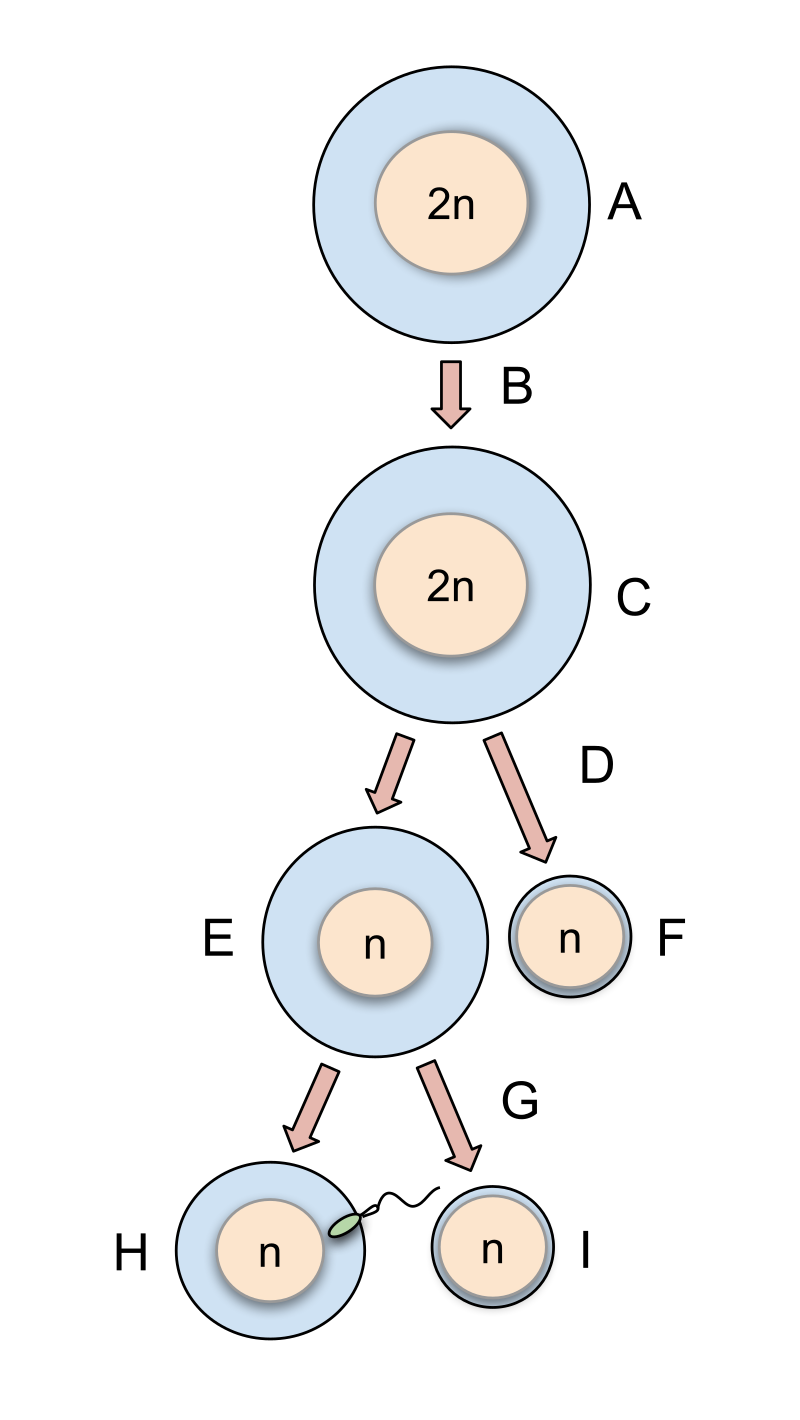 (The process is almost similar to oogenesis, I would recommend you to start with the wikipedia page if you want to understand this in detail.)

2
What does entering of sex chromosomes to gametes mean during meiosis I?
4
Gametes of two different species
5
Meiosis vs. Mitosis
0
What is the germ layer origin of human lung fibroblasts?
1
What animal produces male gametes by mitosis?
4
How do Sertoli cells protect sperms?
2
How are germ cells not reduced in number?
2
Why are male gametes and female gametes not equally sized