Identify this black dragonfly with bluish coloration along its flat top, yellow on it's mid-body and green on its head

Its body is about 5 cm long and mostly black. However it has light "power blue" to white markings on the flat top surface of its "tail" and "mid" sections and the front part of its body before the head, and it seems to have some smaller yellow bands on the sides of its fore body and greenish markings on its head.

Wings are mostly transparent but are tinged orange or brown near the body.

Question: Is it possible to identify this particular species of dragonfly? 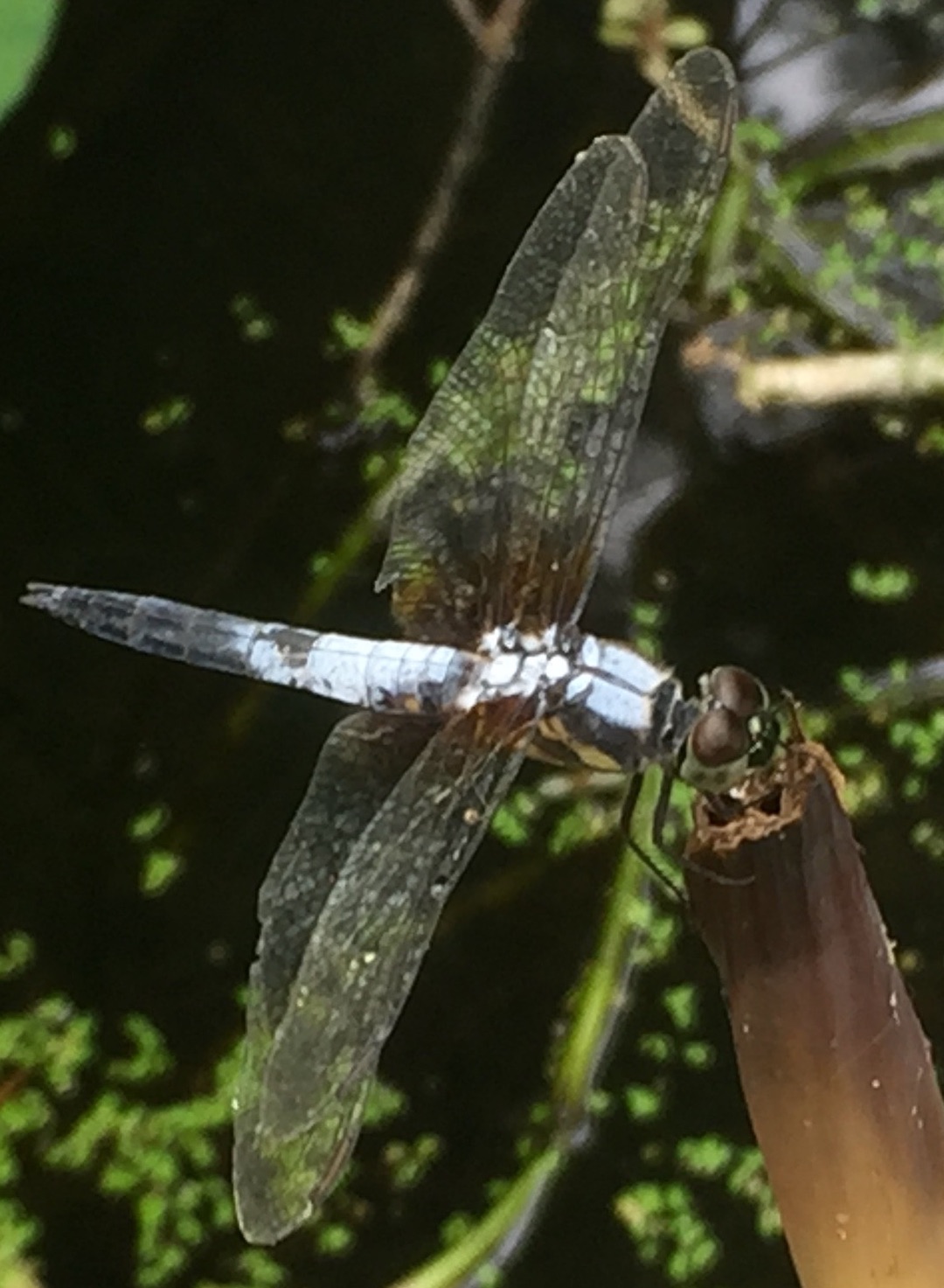 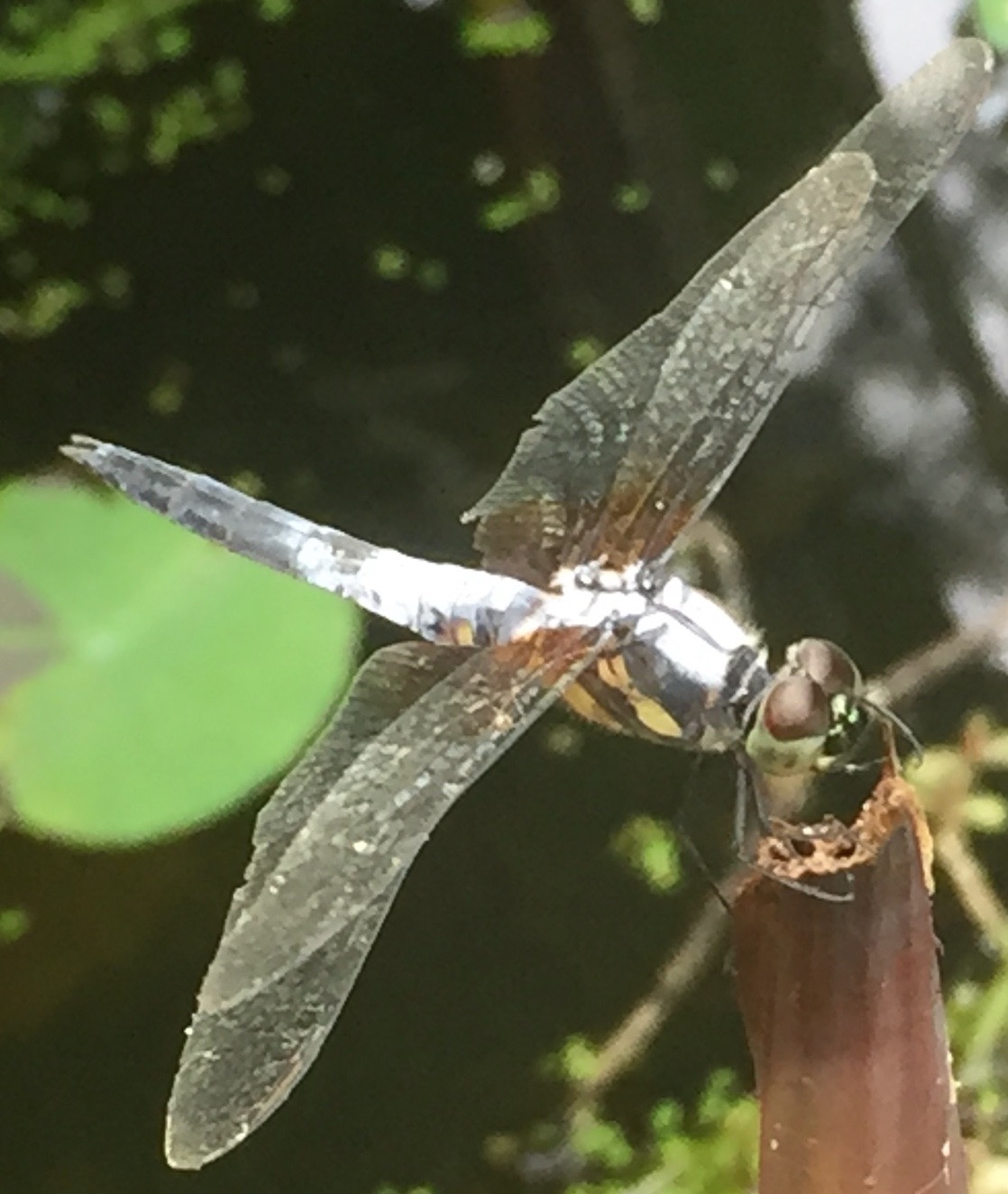 This species of dragonfly is Brachydiplax chalybea. Colloquially known as blue dasher.

4
Identify this black dragonfly with a bright bluish-white band around its body
4
Identify these two large, colorful dragonflies in Taiwan?
1
Why do dragonflies have these special little spots on their wings?

6
What insect is this? (Black body two orange lines in its back and six legs)
10
Small yellow bug with black head and three black stripes on the back
4
Identify this black dragonfly with a bright bluish-white band around its body
4
Identify this thin and strangely-shaped dragonfly, and understand why the shape looks so weird
1
Why do dragonflies have these special little spots on their wings?
4
Identify these two large, colorful dragonflies in Taiwan?
4
Identify this dragonfly with orange body and orange wings?
0
What arthropod with a distinctive yellow and black colored body is this?