Why do mammals rarely have eyespots?

An eyespot is a marking to mimic the eyes. Many examples of eyespots can be found in fish, reptiles (including birds), and insects. Recently Radford 2020 has shown that artificial eyespots can reduce predations in cattle. However, apart from cats (tigers and servals), mammals, especially herbivores, rarely have this trait.

Why does mammals rarely have eyespots?

A lot of mammals do have eyespots. Specifically "mid-guild" predators such as raccoons, coatimundis, ringtails, foxes, raccoon dogs, many opossums, skunks, red pandas, civets, etc. It's thought to be an anti-predator defense, with the eyespots or face mask being places further back on the head. A predator might mistake these eyespots for its actual eyes, and because they're placed further back they create the optical illusion that the animal's head belongs to a much larger animal than it actually does. 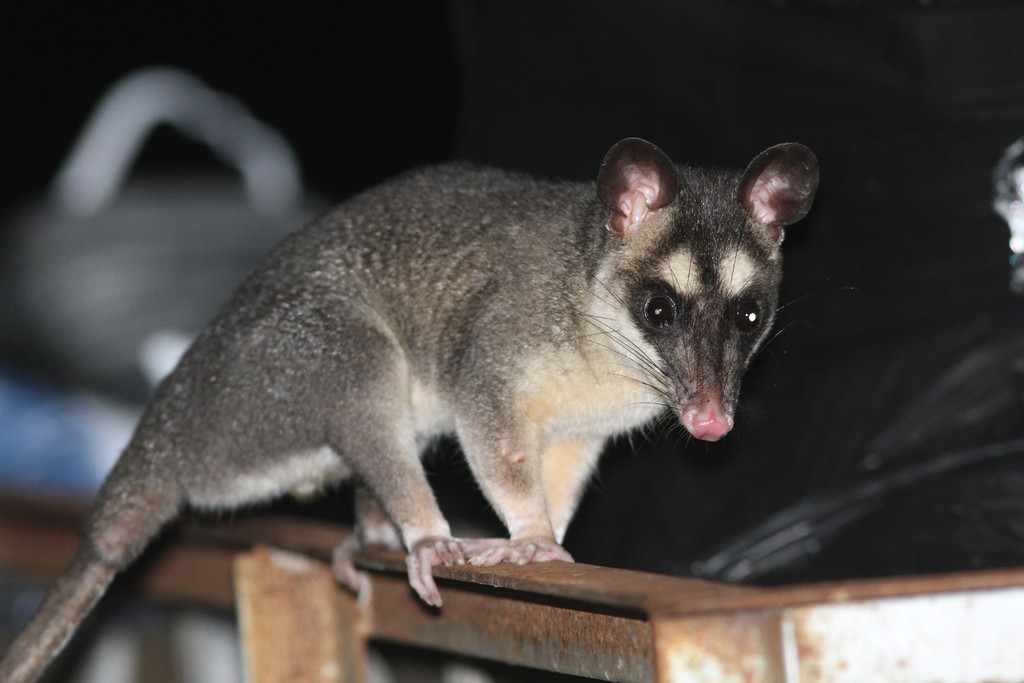 This is a photo of the gray four-eyed opossum (Philander opossum). It's called "four-eyed" because of the two eye spots it has just above it's eyes. It's thought that the position of these spots mimics the position of the eyes on a much larger predator, so if a predator like a raccoon or a coyote sees the opossum they'll mistake it for a much larger predator and they'll leave it alone.

93
Why do some bad traits evolve, and good ones don't?

10
Do male mammals other than humans have nipples?
13
What hair do aquatic mammals have?
9
Why do most mammals have long snouts?
7
Why are recombination rates increasing in mammals?
62
Why don't mammals have more than 4 limbs?
2
Why only female mammals have well developed mammary glands?
6
Do mammals and birds have a common warm-blooded ancestor?
5
Why did we lose our fourth type of cone cell (in the eye)?