What is this giant mosquito-like insect?

I found this bug in my kitchen in this morning, in a suburb of Houston Texas, about 30 miles Northwest of downtown. It was on the wall, and when I went in for a closer look, it quickly flew away - up towards the light, then crash landed behind the refrigerator where I hit it with bug spray.

It looks sort of like a mosquito, but much much larger. Everything I find online about "giant mosquitoes" points to the Crane fly or "mosquito hawk" - which I've seen plenty of (very common here). I'm no expert, but this doesn't look like a cranefly.

I also read that giant mosquitoes are known to hatch after hurricanes, and there was just a huge one <200 miles from me. But those accounts speak of smaller insects (albeit, still very large for a mosquito).

For example, this article about "gallinippers" in North Carolina, speaks of mosquitoes only the size of a penny.

I did not think to put a coin in the shot for reference, but based on the size of the paper towel underneath it, it must be at least the size of a quarter.

Is this even related to a mosquito? What could it be? 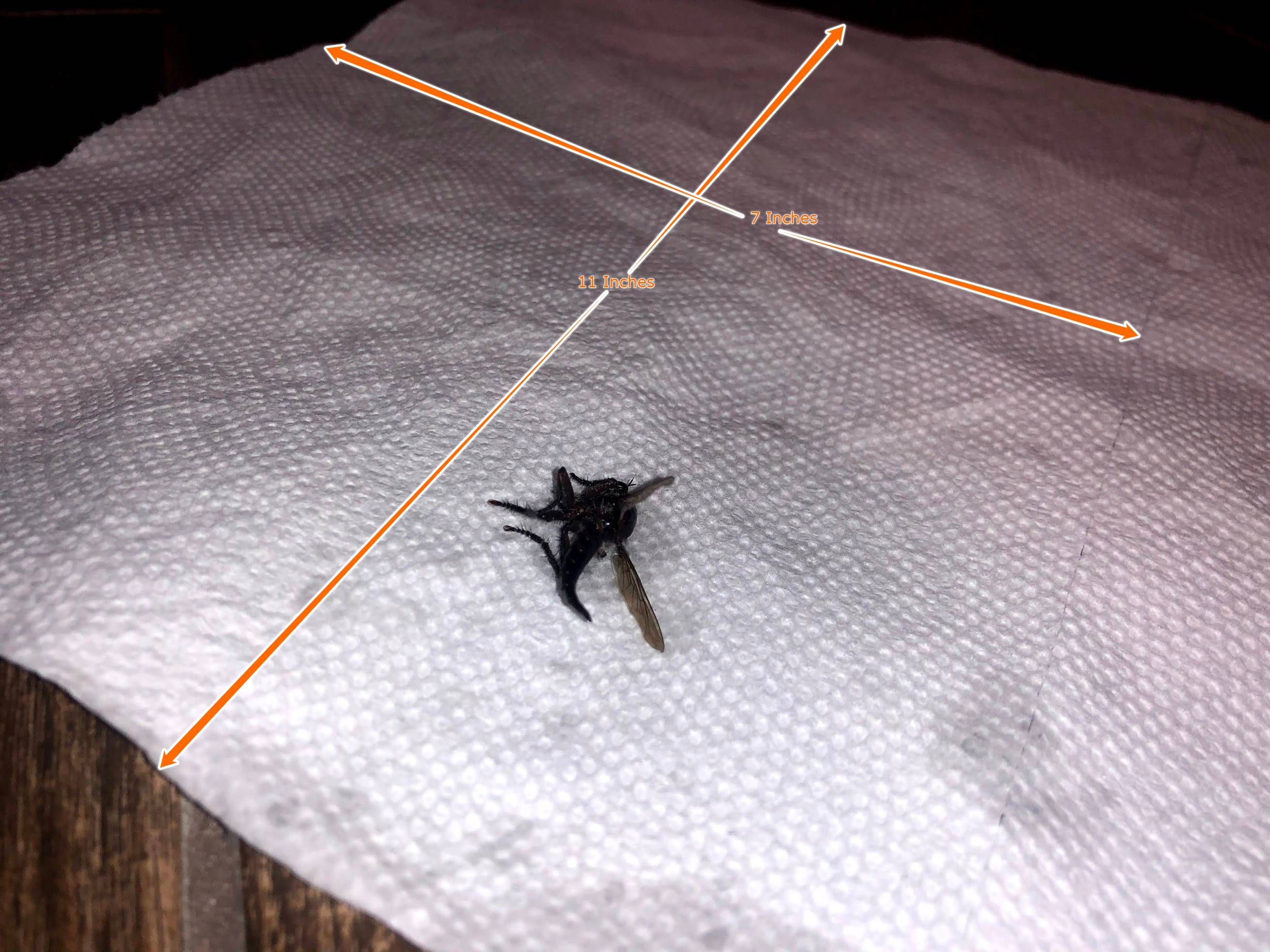 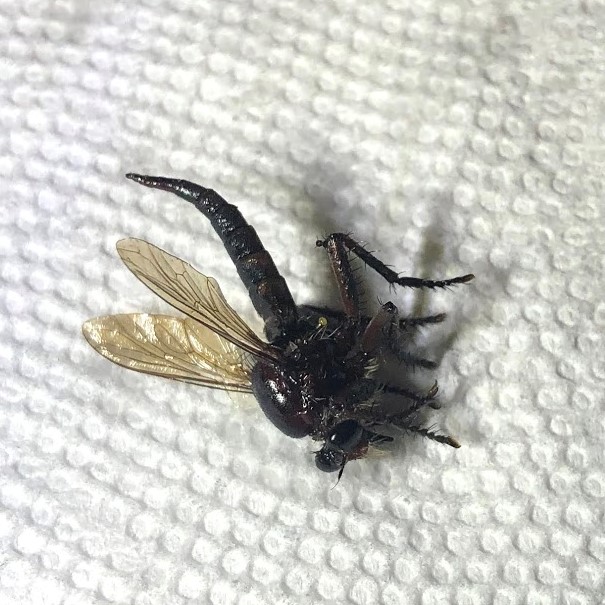 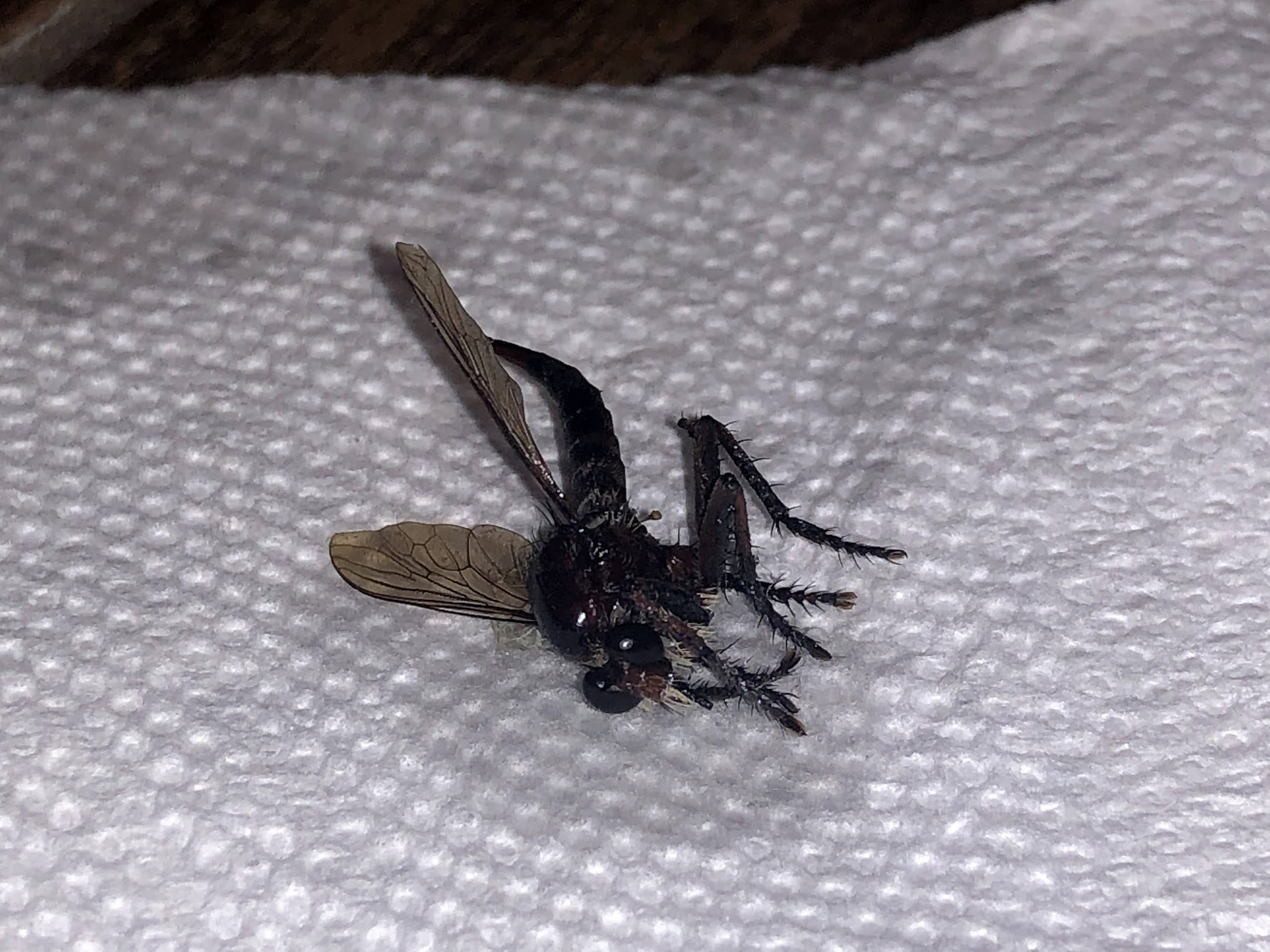 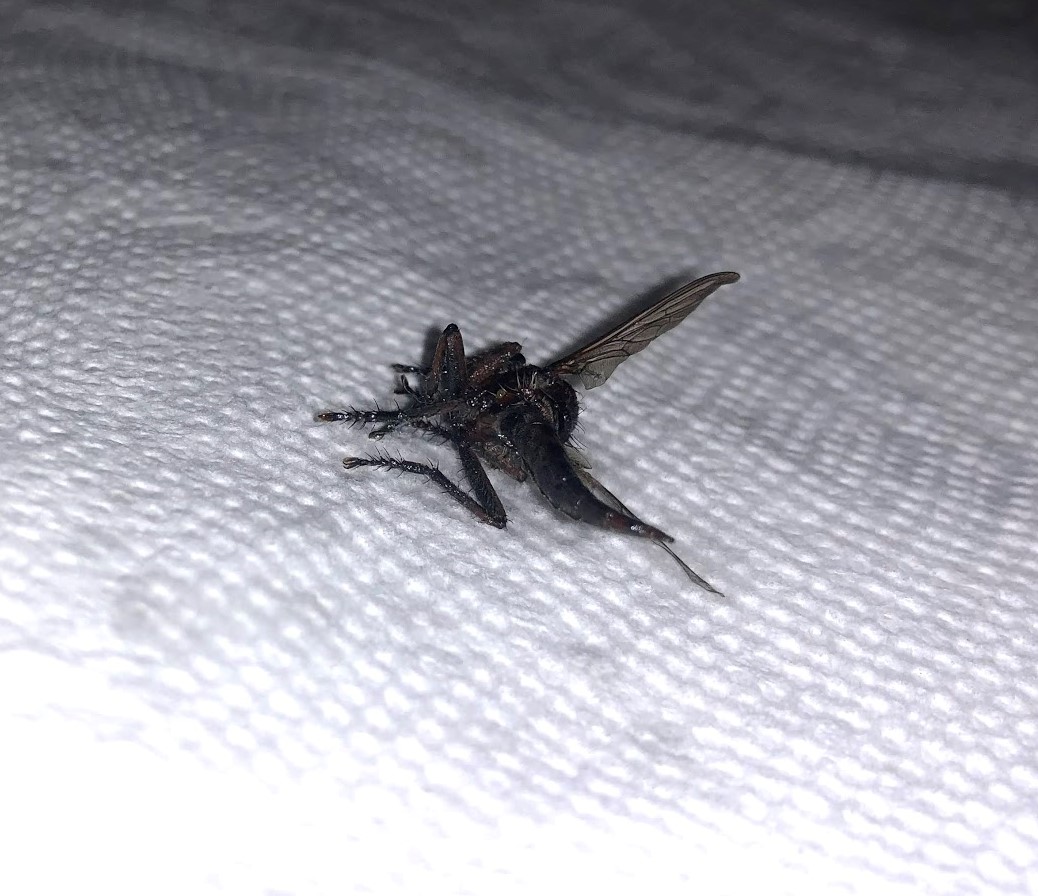 The better entymologists among us may need to correct me, but I believe you are looking at a robber fly, especially based on the characteristic long, tapering abdomen, as well as the proboscis that reminded you of a mosquito and the large size.

I see a couple people posting images from Texas that look a bit like yours (especially the all-black body) on Google images but none of these mention a genus/species for me to dig further on. Bromley, S. W. (1934). The robber flies of Texas (Diptera, Asilidae). Annals of the Entomological Society of America, 27(1), 74-113. may be useful but is a bit too deep for me to dig into for you.