Relation/difference between metabolism and cellular organisation 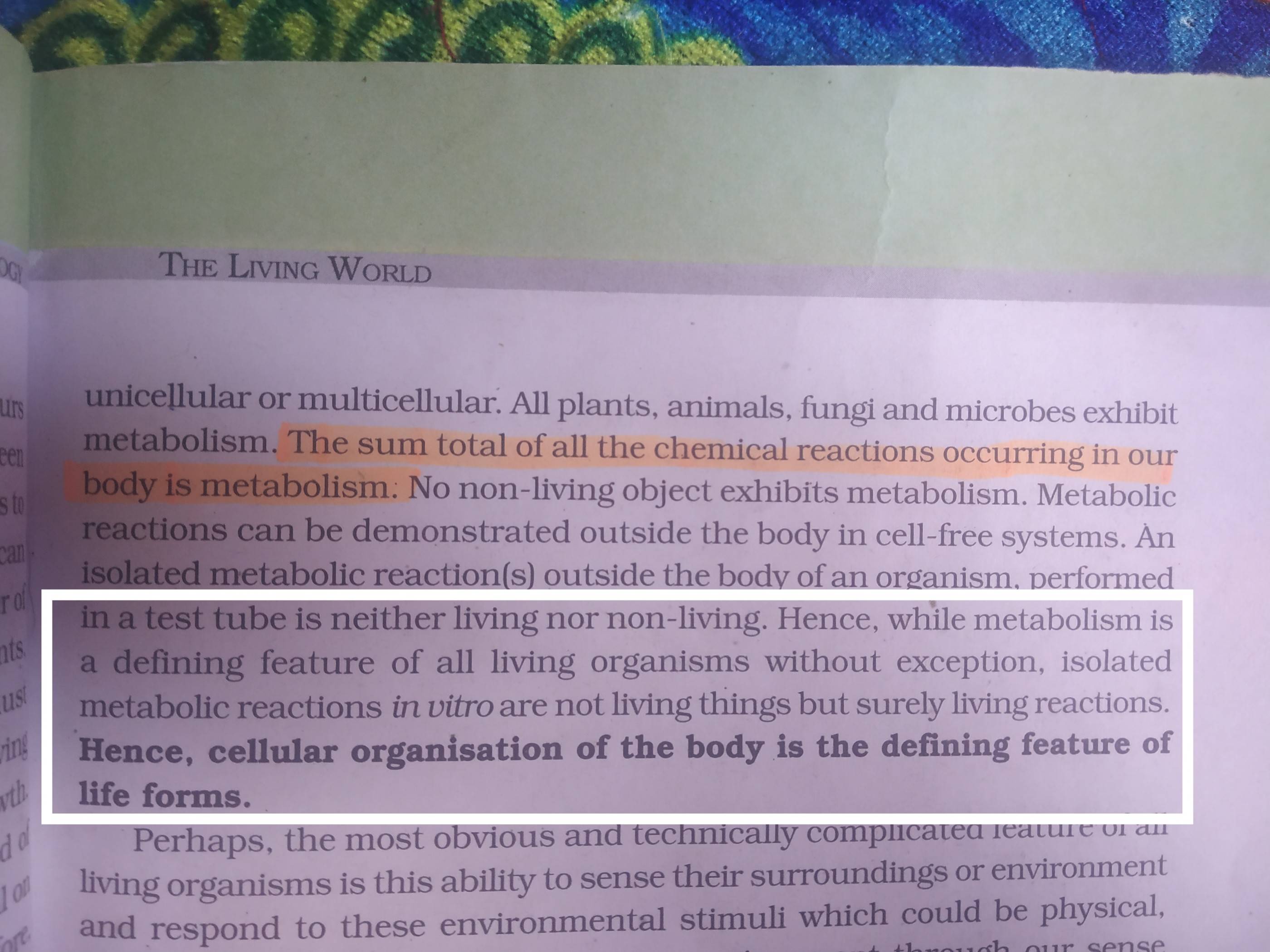 This paragraph appears to draw a distinction between "the sum total of all reactions in cells" and "some isolated reactions that occur in cells". The former is "metabolism" and one defining trait of life; the latter are "metabolic reactions" and can occur in a test tube, and if so they do not fit tidily in a living/nonliving distinction (the paragraph talks about "not living things" but "surely living reactions", which is one way of illustrating the confusion I guess).

As to whether "metabolism" and "cellular structure" are the same thing, I think it's not so much that they're literally the same thing but they're not really separable, are they. The cellular structure is made by "all the chemical reactions in the cell", and "all the chemical reactions in the cell" are mediated by the cellular structure. It's a bit like trying to separate out "a race" from "the people running in the race". You can have one or two metabolic reactions happening in vitro, but if you had all of them in your test tube, happening the same way they do in the cell, you'd have a cell.

The reality of course is that there isn't a single all-encompassing definition of "life", so don't try and nitpick things too much. Metabolism is important because it's what allows living things to do what living things do, thermodynamically speaking. Cellular structure is important because it happens to be the way all living things implement their metabolism, and arguably it is a necessary requirement for metabolism to occur (there are arguments for why you need a small space enclosed by a membrane for example). Other things are also important like reproduction (and other near-universal feature of life that is a basic thing living things do, and allows Darwinian evolution), being subject to Darwinian evolution (because that is the process that leads life to being optimized in the way it is, and able to do the things it does to begin with), sensing and reacting to its environment (all this stuff about "what life does", well, those are universal things life does)... That means you can have arguable examples like viruses, which I would expect your textbook to call "nonliving" because they do not have metabolism or a cellular structure, but some others might call "living" because they have genetic information, replicate, are subject to Darwinian evolution and share a common ancestor with all other known life. The labels are less important than the features one is discussing at any one time. I expect your textbook probably says something like this at some point.

Not the answer you're looking for? Browse other questions tagged metabolism life or ask your own question.

8
Is there a relationship between efficiency of cellular metabolism and warm-blooded-ness?
4
Are there any intersections between the biochemical pathways of uracil biosynthesis (or metabolism) and methionine degradation in eukaryotes?
3
Hibernation, Metabolism and Aging
1
Bilirubin metabolism and UGT1A1 inhibition in human vs. monkey?
2
Thyroid hormone metabolism and excretion