What kind of insect is this?

Found in Russia in the kitchen. It is about 3 mm long. 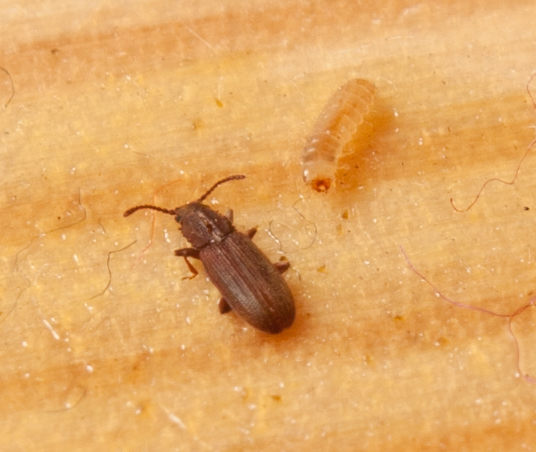 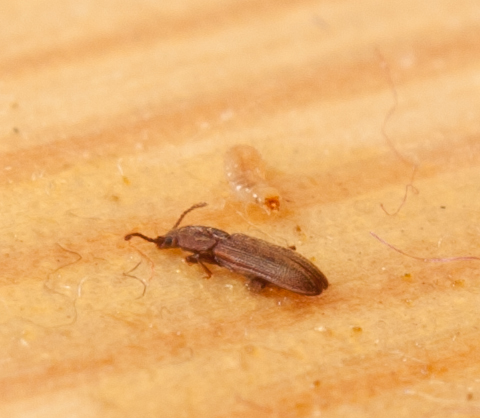 Other commonly used names are tribolium (the genus name) or flour weevil. They are also used in labs as a model organism, groups in my last two labs have used them. They are a pest and you should probably get rid of them.

"Both types of beetles are often found not only in infested grains, but in crevices in pantries and cabinet, as well. Damage to food is caused somewhat by the beetles' feeding, but also by their dead bodies, fecal pellets, and foul-smelling secretions. In addition to creating a foul odor, the beetles' presence encourages the growth of mold." - Wiki.

Not the answer you're looking for? Browse other questions tagged zoology entomology species-identification or ask your own question.