Which fish did modern tetrapods descend from?

Your question cannot be answered.

One of the effects of how incomplete the fossil record is, is that it is impossible to say if a species was a member of a direct line or a side branch. we just do not have the resolution in the vast majority of the fossil record to tell. The answer could be both, neither or one or the other and we would not be able to tell. All we can say is it is likely they were closely related to or part of our ancestral line. But the working assumption is always that you have a related sister species and not the ancestor unless you can show extremely good evidence otherwise, (which is so rare you can assume it is impossible in extinct vertebrates).

Tiktaalik and Ichthyostega only give us a rough idea of what our ancestors would have been like. It is impossible to say with any certainty if either was a direct ancestor or merely a sister species to them. This is part of the reason cladograms are constructed the way they are, so that no fossil is ever put on the direct line.

Note: Tiktaalik probably did not live on land, more likely it was a shallow water air breather.

Also whatever species was the ancestor of tetrapods, all living tetrapods would be its descendants. One aspect of population genetics is for a specific individual in an ancestral population, past a certain point in a linage either every descendant is your descendant or you have no descendants.

I suggest that you study google images of "stem tetrapod tree" and tetrapod limbs. The trees suggest that both species branch out from the true ancestral line of later vertebrates and they are a close sequence of development. Here are the best images that I can find that illustrate the current fossil record: 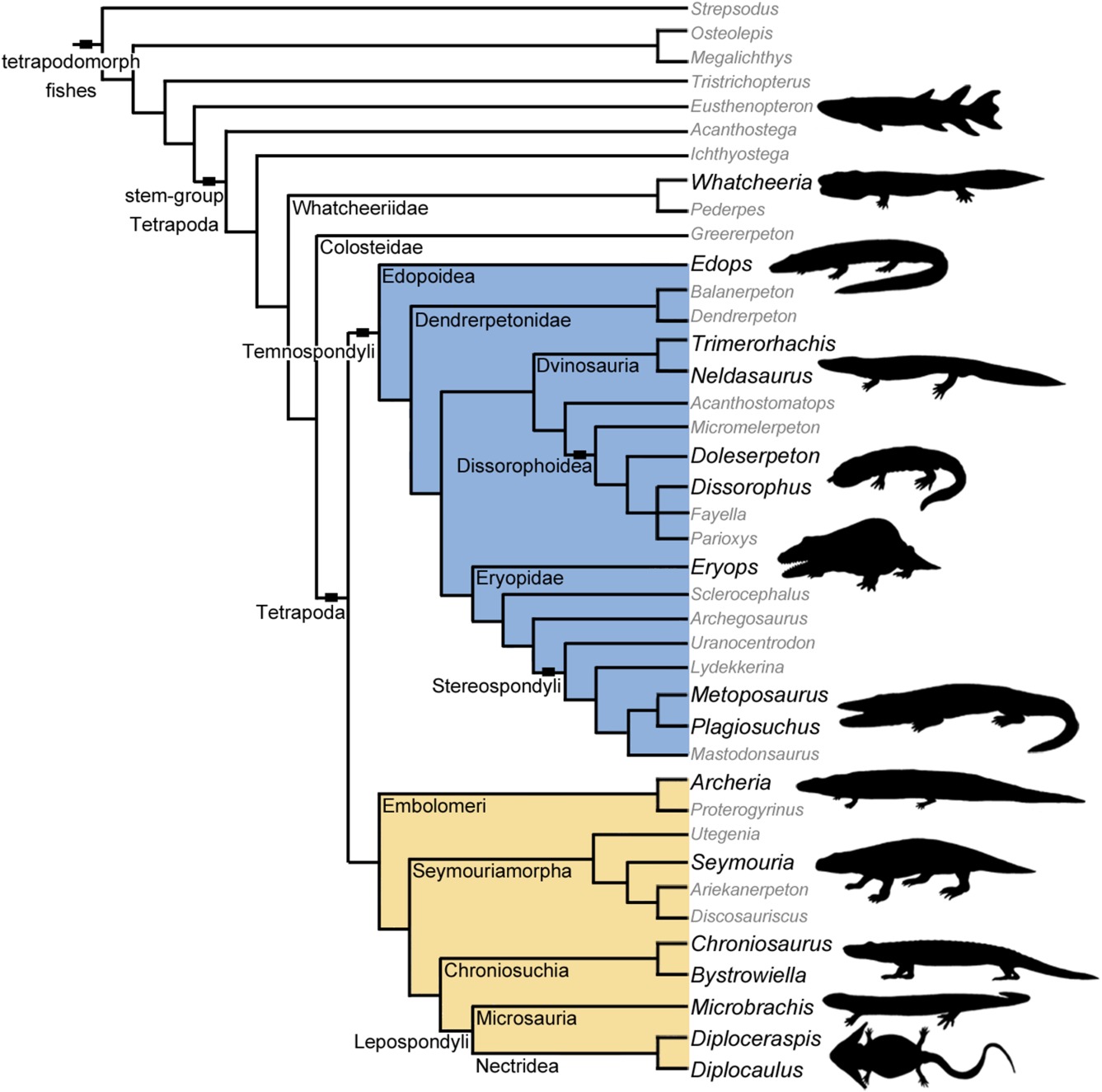 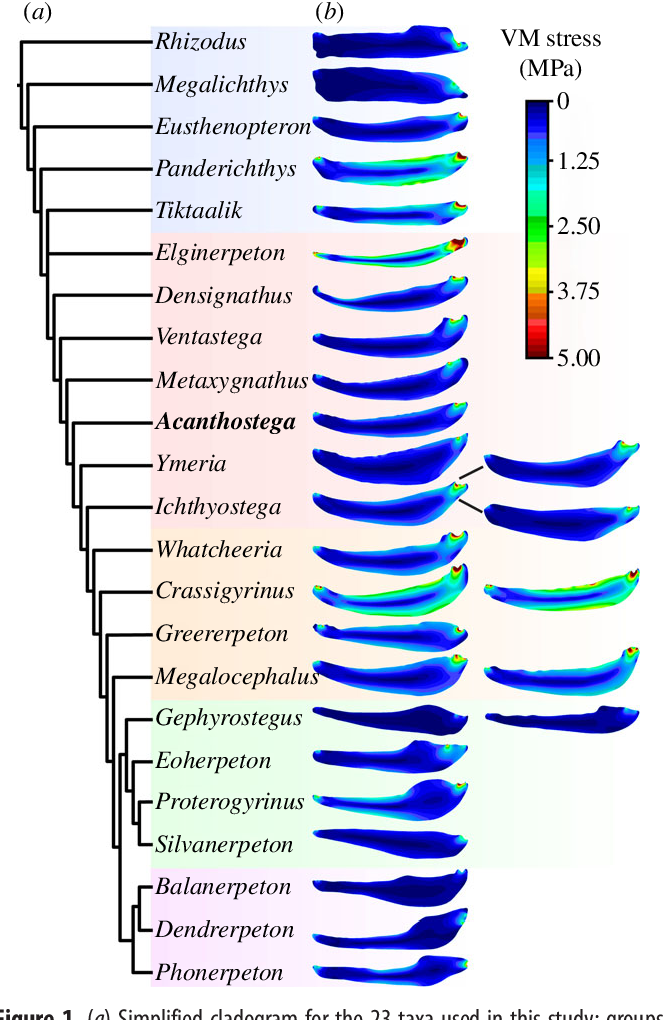 Technically they descended both from the tiktaalik and Ichthyostega because Ichthyostega was later, but in the same family and evolutionary line as tiktaalik.

0
From which ancestor species did humans inherit orgasm?
2
Did modern alligators and caimans come from prehistoric crocodiles?
0
Did toads evolve from frogs?
4
Did birds descend from a single or multiple species of dinosaur?
17
Do all living humans literally descend from one ape?
4
Did Darwin explain why he believed that domestic dogs descend from several distinct species of ancestor?
6
Were there any vertebrates with 6 or more limbs?
0
The Fish-Tetrapod Transition, evolution of the "elbow" in Stem Tetrapods