Why is a solution of cesium chloride used in Meselson & Stahl's DNA replication experiment?

In the experiment, the DNA macromolecules are suspended in a solution of cesium chloride gradient and then centrifuged.

Why is cesium chloride needed? Considering the possible DNA produced in the experiment will be the same size but of different mass resulting in different density, DNA will be separated based on their density by virtue (without the need for cesium chloride) under the influence of a centrifugal force.

I noticed someone asked the same question on Khanacademy but there was no answer for it. Other websites I found doesn't seem to offer a valid answer e.g. here which says " the DNA comes to equilibrium in the gradient where its density equals the density of the surrounding CsCl" which I think doesn't really matter when considering the argument I proposed above in the third paragraph.

Here is a diagram of the experiment for reference. Thanks in advance. 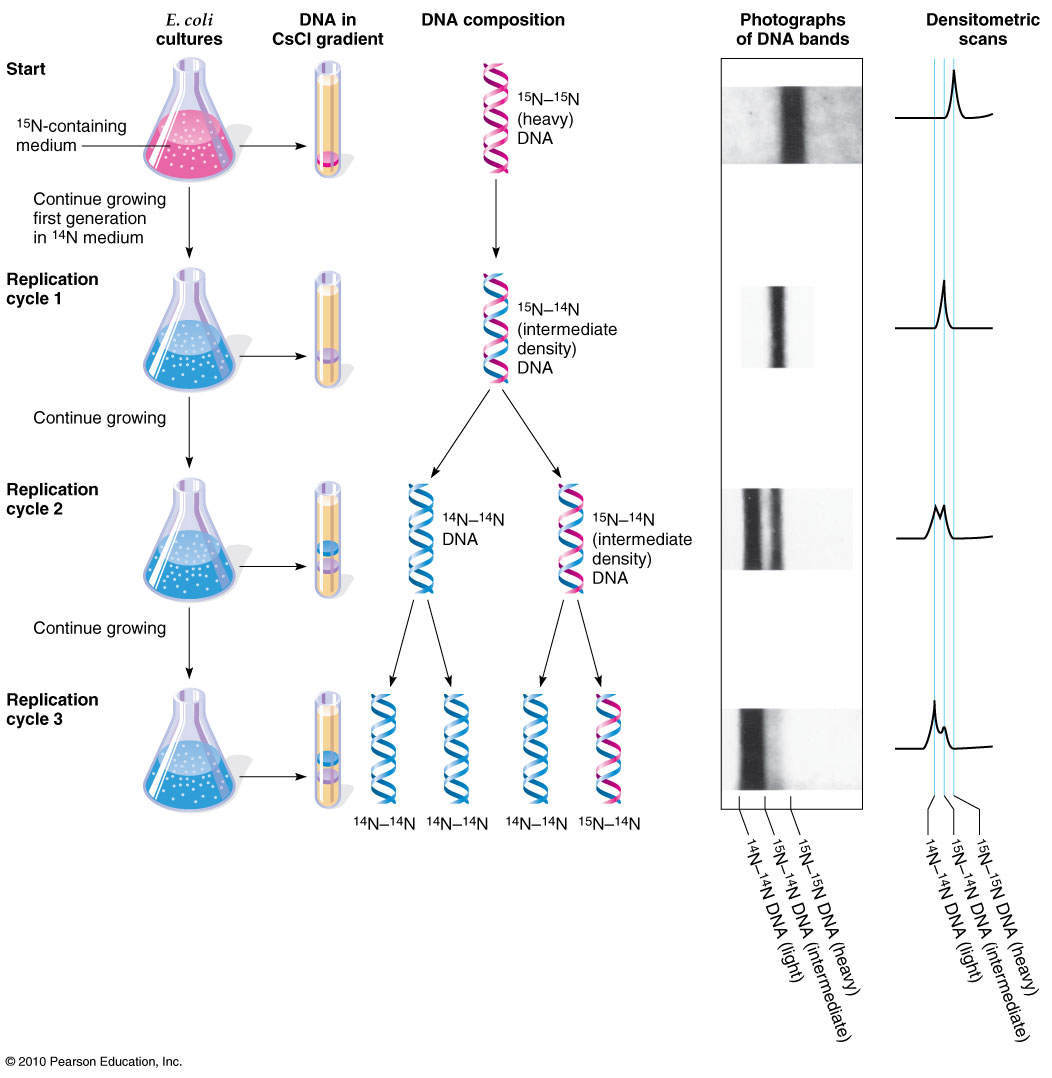 In saline solution all the DNA ends up at the very bottom.

Under centrifugation, the Caesium Chloride solution forms a density gradient, each DNA rises or sinks to the equivalent density.

The same procedure is used with Sucrose solutions for other separations.

The differences in sedimentation speed between the differently marked DNA molecules are not lare enough to allow separation in a low-density medium such as saline, or distilled water. As mentioned by @Polypipe Wrangler DNA will always completely sediment to the bottom of the tube.

To improve separation a so called isopycnic centrifugation is performed. Basically, CsCl is used to form a gradient of increasing density from top to bottom during centrifugation. The DNA molecules will float to the density zones that match their own density. This allows separating similar molecules with small differences in density.

Not the answer you're looking for? Browse other questions tagged genetics dna molecular-genetics biophysics dna-replication or ask your own question.