Development of radial symmetry in starfishes and other animals

How does nearly perfect radial symmetry arise in an animal like the starfish? My confusion lies in the fact that cells are fluid & amorphous, & that these characteristics seem to make it difficult to form symmetric structures. Many of the sources I've read describe the formation of the blastula but not the development of the five arms following that. Also, at one point in the development it is bilaterally symmetric. Furthermore, some species of starfish can regrow from a single arm.

What process mediates the formation of radial symmetry in a developing organism? Is it that arms grow individually & there are cascades of cellular signaling that mediate the production of new arms until the desired amount is reached or is it something else? How do the arms of the starfish remain evenly spaced?

That is the field of developmental biology which deals with organizers. Cell organizers are processes, genes and signalling proteins cells use to communicate / send and receive information from their neighbors, so that their spacial distribution in the body regulates their development.

The cells also have gradients of signaling proteins inside the cytoplasm, and cell polarity, so the cells know which way round they are:

All metazoans use the same types of organizers to develop different patterns of cells, so starfish use the same genes as mice to organize their axes. They are early metazoan genes/ Precambrian. Here is an in depth answer to your question: www.ncbi.nlm.nih.gov/pmc/articles/PMC5307799/

The cells know where they are, because they are receiving multiple signalling proteins from further away in the animal. Here is a picture of Bicoid morphogen in fruitflies: 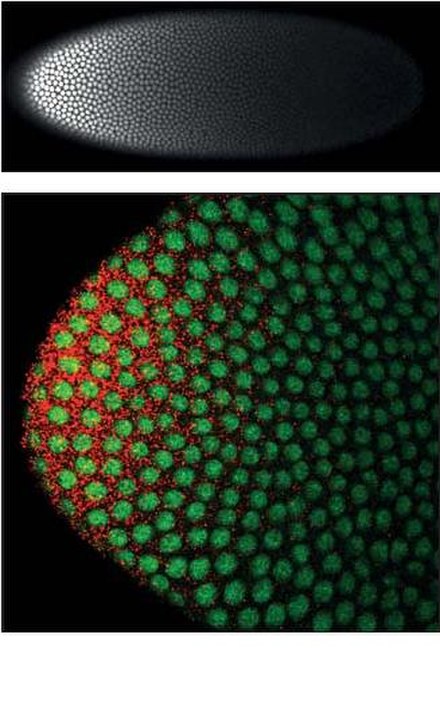 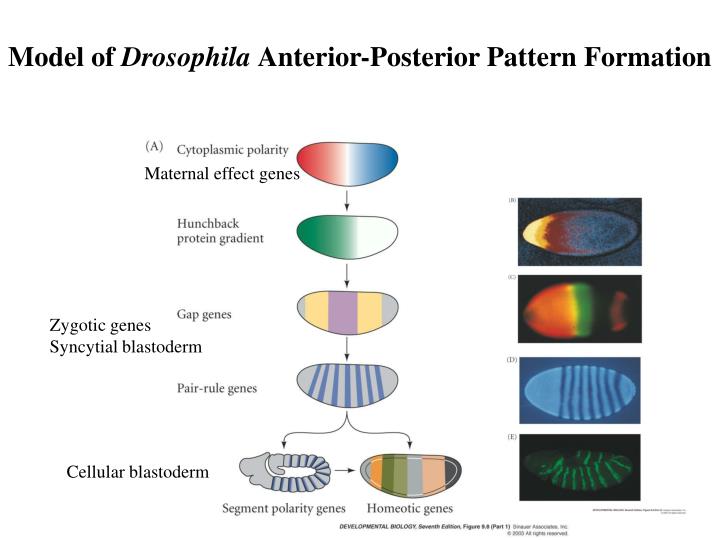 Given the complexity of metazoan morphogenesis, there are very many organizers and we only know a few of them. The axis formation is related to the Nodal gene which uses some kind of axial/mid-line located organizers to control symmetry, there are documentd about LRO: left right organisers, in starfish its the same chemistry in a different geometry. The Nodal biochemistry: https://youtu.be/kO8k9aiQJsQ?t=189

Not the answer you're looking for? Browse other questions tagged development embryology symmetry or ask your own question.

7
Fetal development, gastrulation and embryonic disc
4
How animals maintain their body shape after development to maturity?
3
Development of vitreous humor
1
Embryo development terms
4
What is Biradial Symmetry?
1
What is bilateral symmetry in “bilateria”, an actual symmentry
0
Why is facial symmetry of the opposite sex attractive?