Is Pork more prone to carrying higher loads of parasites than Beef?

My friend told me that pork is dangerous due to containing worms.

I told her that beef contains worms too and that's why we cook it.

We went to steak restaurant and ordered "medium" beef.

And that makes me think a lot. Why I can order medium beef? It's still rare inside.

Is pork more prone to worm investation than beef/cows?

What sort of worm we have anyway?

Trichenellosis from pork occurs in about about 5 people per year since the 1980's in the US. it has a 0.2% mortality rate there. We can say that 1 American/ 1 European dies from pig meat every 20 years. That's a fair concession. Worldwide the death rate is in the 100ds per year from pork, compared to 3 million who die from the fat in beef and chicken and lamb and excess sugars, and 1.35 million attributed to cars.

The other pork parasites are less dangerous and have less than a 90 cases per year in the USA, mostly people coming from epidemic areas. https://www.oie.int/doc/ged/d9157.pdf

Beef can transmit tuberculosis, E-Coli, BSE/CJD and sarcosystosis. E-Coli from unsanitized beef kills many times more people than pork born diseases, i.e. 100 times more people in the US die from E coli from beef, it is one of the main vectors and a lot more difficult to control than via pork. E-Coli is uncommon from pork. Worldwide many thousands of people die of E-Coli from beef every year.

There were an estimated 147 000 new cases of zoonotic tuberculosis and some 12 500 people died of the disease in 2016. Beef are the main causal agent. All animals have tape worms and other worms.

Beef, Lamb, Pork, chicken, and milk all increase the risk of heart attacks and strokes because animal fat can increase cholesterol dramatically, and eating beef from one region can make you more susceptible to heart attacks than pork from another region, because the fat content can vary a lot. Far more people die of heart attacks than animal parasites these days, about 1 million times more rich people die from animal fat and sugar related disease than from pork parasites.

No pork parasites are counted on this list of parasite deaths, globally it's perhaps 50-350 per year. 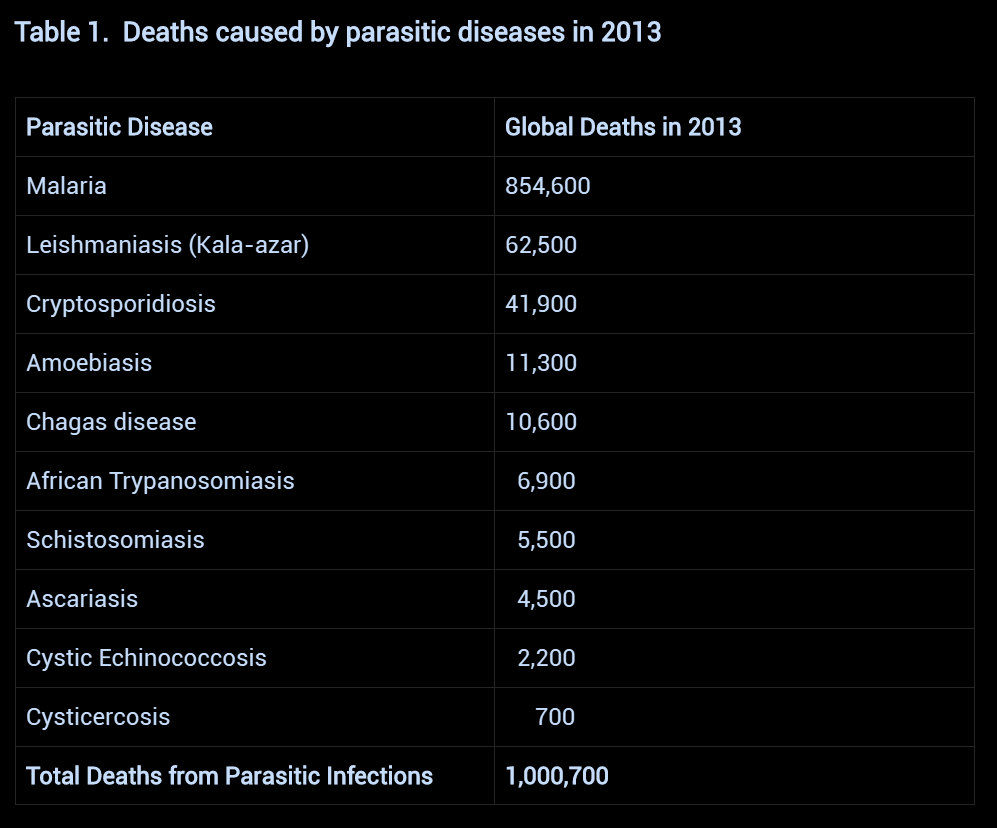 The income levels of people that die from parasites and alcohol are very low, something like 99.9% of parasite deaths are poor people and 90% of alcohol deaths.

So you can concede that alcohol kills many poor people, but that animal parasites from pigs kill 10,000 times less people than alcohol. Pork kills a million times less people in the west than cars or fatty foods.

Details: There are three important parasites found in pigs which pose a risk to humans who ingest raw or undercooked pork products. These parasites are Trichinella spiralis, a nematode or roundworm, Taenia solium, a tapeworm, and Toxoplasma gondii,

is pork more likely to have worm than beef?

From November 2009 to April 2010, a total of 241 fecal samples of pigs and beef cattle (136 and 105, respectively) were examined by direct smear and centrifugal sedimentation methods. The overall positive rates of intestinal parasites among pigs and beef cattle were 73.5% and 4.8%, respectively, and the double-infection rate was 10.3% in pigs. Of 136 specimens from pigs, Balantidium coli, Ascaris suum, and Entamoeba spp. infections were found in 88 (64.7%), 24 (17.6%), and 5 cases (3.7%), respectively. Of 105 beef cattle, Entamoeba spp. infections were detected in 5 cases (4.8%). From these results, it is shown that pigs raised on rural farms in Chungcheongnam-do had a high B. coli infection rate and a moderate A. suum infection rate than cows.

Sera of 3111 pigs and 2411 cattle from 16 regions of Poland were examined for the presence of anti-T. gondii IgG using the direct agglutination test (DAT). Pepsin-digested samples of diaphragm and heart of seropositive animals were examined for the presence of T. gondii DNA (B1 gene) by nested PCR and real-time PCR, while non-digested samples were only examined by nested PCR. The B1 gene DNA samples were genotyped at 11 genetic markers using multilocus nested PCR-RFLP (Mn-PCR-RFLP) and sequencing.

Seropositive DAT results were found in 11.9% of pigs and 13.0% of cattle. The highest seroprevalence was found in pigs from Podkarpackie (32.6%) and in cattle from Mazowieckie (44.6%). Data analysis showed that cattle > 5–10 years-old, as well as cattle and pigs from small farms, and pigs from farms with open production systems, had higher odds of testing seropositive (P < 0.05). Among the examined tissue samples, positive PCR results were found in samples from 12.2% and 10.2% of seropositive pigs and cattle, respectively. Among the samples successfully genotyped by Mn-PCR-RFLP and sequenced, four samples were identified as T. gondii type II and one sample as type I.

The prevalence of viable Toxoplasma gondii was determined in 6,282 samples (2,094 each of beef, chicken, and pork) obtained from 698 retail meat stores from 28 major geographic areas of the United States. Each sample consisted of a minimum of 1 kg of meat purchased from the retail meat case. To detect viable T. gondii, meat samples were fed to T. gondii-free cats and feces of cats were examined for oocyst shedding. Initially, 100 g of meat from 6 individual samples of a given species were pooled (total, 600 g), fed to a cat over a period of 3 days, and feces were examined for oocysts for 14 days; the remaining meat samples were stored at 4 C for 14 days (until results of the initial cat fecal examination were known).

When a cat fed pooled samples had shed oocysts, 6 individual meat samples from each pool were bioassayed for T. gondii in cats and mice. Toxoplasma gondii isolates were then genetically characterized using the SAG2 locus and 5 hypervariable microsatellite loci. In all, 7 cats fed pooled pork samples shed oocysts. Toxoplasma gondii oocysts were detected microscopically in the feces of 2 of the cats; 1 isolate was Type II and the second was Type III. Analyzed individually, T. gondii was detected by bioassay in 3 of the 12 associated samples with genetic data indicating T. gondii isolates present in 2. The remaining 5 pooled pork samples had so few oocysts that they were not initially detected by microscopic examination, but rather by mouse bioassay of cat feces. Two were Type I, 1 was Type II, and 2 were Type III. None of the cats fed chicken or beef samples shed oocysts. Overall, the prevalence of viable T. gondii in retail meat was very low.

Beef and chicken have negligible amounts of the parasite, while pork has low levels that are effectively eliminated by proper cooking. Also, death from pork consumption is way less and uncommon than other means of dying.

Not the answer you're looking for? Browse other questions tagged food parasitology animal-husbandry or ask your own question.

8
Possible to Gain More Weight than the Food You Eat
9
Why does ostrich meat look and taste more like beef than chicken?
3
Why are human children more likely to get lice (nits) than adults?
2
Are more animal species edible than plants?
2
Why do endotherms need more food than ectotherms?
9
How to prove that pork meat has parasites
6
Why do so many parasites infect definitive and intermediate hosts rather than just one host?
2
How much heme is in cooked pork and beef; why is cooked pork ("the other white meat") not red?