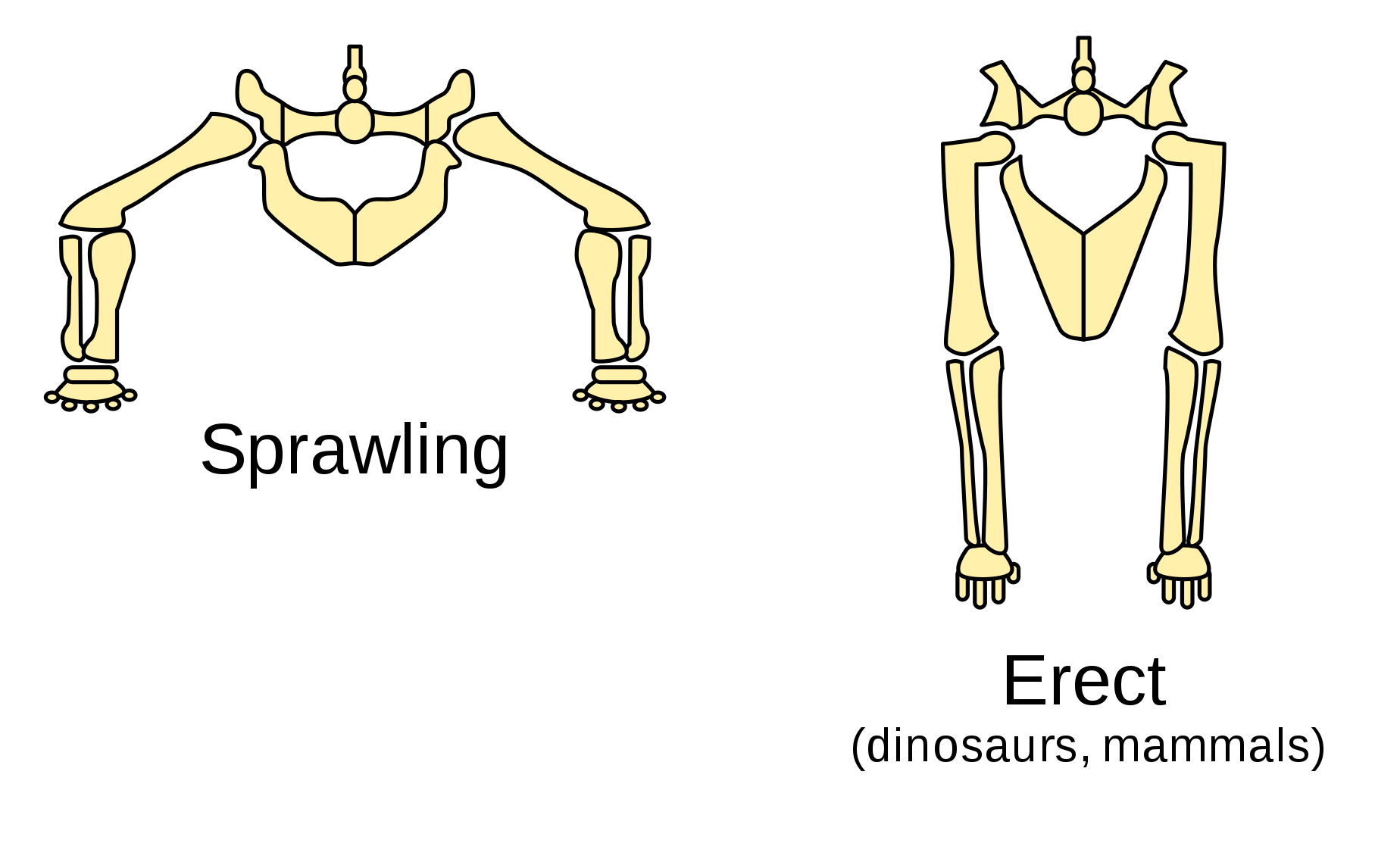 There was a question on exactly what is meant with jointed perpendicularly. It means the joint angle is perpendicular. Here is a rough ugly sketch, does not have to be a joint like that, question is if the movement in the joint is in any way in that direction.

Here, Baier seem to support that the knee and elbow joint in sprawling locomotion supports movement perpendicular to the simple hinge joint in erect locomotion, which is exactly what question is asking.

"The elbow was not a simple hinge; motion entailed substantial abduction/adduction"

Edit: the "diagram" caused some controversy in comment section. It was a copy+paste, simplest fastest possible I could make, in response to comment "What do you mean by "jointed perpendicular"?", because I considered that comment to be asking something that is clear. It is meant to show the perpendicular movement direction, not the joint design. It is not needed for the question, at all.

This article by Baier seem to support that the knee and elbow joint in sprawling locomotion supports movement perpendicular to the simple hinge joint in erect locomotion, which is exactly what question is asking. The joints in sprawlers also supports flexion/extension axis though, and the question could have been a bit clearer on that. If I misinterpret Baier feel free to point that out (but since besides flexion/extension, and pronation/supination, it is what is left, I think I do not), and if not, question answered.

"The elbow was not a simple hinge; motion entailed substantial abduction/adduction"

Not the answer you're looking for? Browse other questions tagged evolution zoology locomotion or ask your own question.

9
Are there any structures in mammals that are used only by males?
14
Are viruses self-propelled?
3
Why are there no marine birds?
5
Are there any animals that get smaller as a normal part of their life cycle?
4
Terrestrial locomotion of bats and pterosaurs
1
How are large snails able to climb trees?
1
What are the differences in ultrastructure of cilia and flagella?