Why would hawk moths evolve long tongues for Darwin's Star Orchid when there are other flowers around?

Why would hawk moth evolve long tongues for Darwin's Star Orchid when there are other flowers around? Also isn't it counter productive for some flower to evolve a long nectar tube as this would shift the pollinators to other plants?

This coevolution makes sense if the only source of food for the moth is this star orchid and the only pollinator for the flower is the hawk moth. But if we consider other species to also exist in the picture, this coevolution seems counterproductive to me. For example most flower evolve mechanisms to attract pollinators as their is competition for pollinators as well.

I think the key terms are niche and co-evolution;

Why would hawk moths evolve long tongues for Darwin's Star Orchid when there are other flowers around [?]

Because the moths have grown a long proboscis as an adaptation to a certain niche. As you say, not much other species can feast on the flower's nectar, so it makes perfect sense to narrow your niche by elongating your proboscis, and reap the benefits of this little visited flower.

[T]he range of environmental conditions in which a species can exist.

As the University of South Africa explains:

One important part of the idea of the niche is that it is controlled by how the species exploits resources in its environment. If there are two species living together and exploiting the same resources, then one will usually be worse than the other at doing this – eventually, that species will disappear because the other species will outcompete it. However, species can live together because they exploit different resources or because they exploit the same resources in different ways. These species then have different niches, even though they occur in the same place.

It's all a matter of co-evolution, in this case of two mutualistic species, nicely and succinctly explained by the University of California, Berkeley:

Coevolution is likely to happen when different species have close ecological interactions with one another. These ecological relationships include: 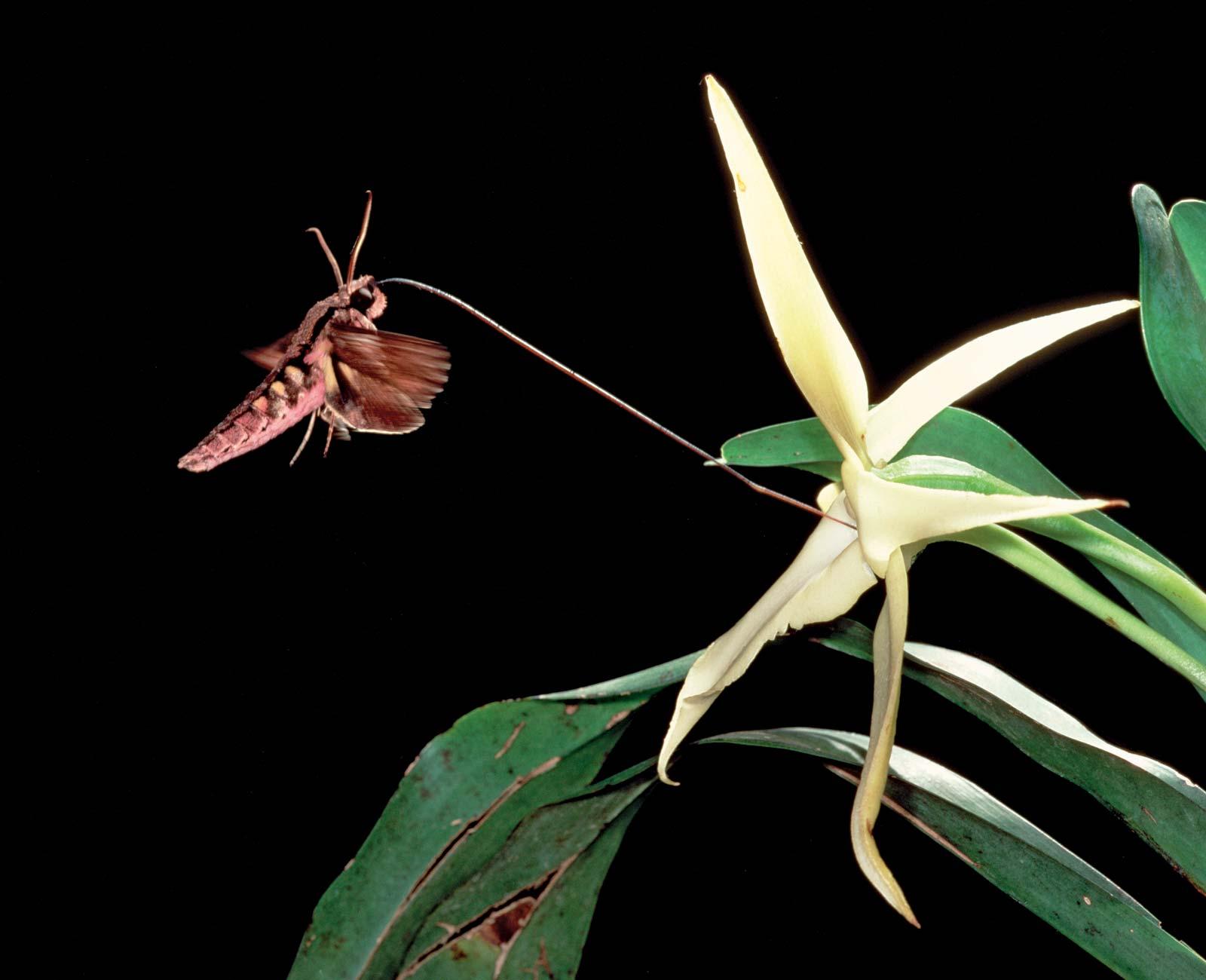 11
Why are there nail growth differences between humans and other mammals?
12
Is there are evolutionary explanation for why humans and primates are ticklish? How might it have evolved?
5
Are there other mechanisms for mutation besides imperfect DNA replication?
6
How did giraffes develop their rete mirabile failsafe?
8
Evolution: One big population vs. many small populations
1
Why would a flower evolve such that a particular pollinator cannot pollinate it?