Why does hearing loss occur at high frequency first? It should occur at low frequency, because that is the more damaging sound. The distribution of hearing loss is totally incompatible with the noise exposure explanation. It could be due to growth factors, i.e., the high frequency parts die first because more distal.

Short answer
Noise-induced hearing loss affects primarily the mid-frequencies, because the inner ear is most sensitive to these frequencies.

Background
Noise-induced hearing loss occurs typically in the mid-frequencies (Rabinowitz, 2000), typically around 4 kHz (3 - 6 kHz), see Fig. 1. This can be explained by the fact that the human ear is most sensitive in this frequency range (Fig. 2). In turn this relates with the frequency range where speech understanding is most important, namely between roughly 2 and 6 kHz (Killion & Mueller, 2000). Hence, noise exposure neither targets the base, nor the apical parts of the cochlea, as claimed by asker and answerer, respectively. High-frequency hair cells in the rat cochlea have been shown to be very susceptible to damaging noise, but the low-frequency hair cells may go unscathed (source: eMedicine).

The other answerer claims that

parts of our hearing apparatus responsible for perceiving these [low-frequency] sounds are more fragile...

Hence, the claim that low-frequency regions in the cochlea are more sensitive than the more basal parts is not a claim supported by the bulk of the literature. In fact, as a rule of thumb, cochlear damage (inner ear damage) occurs most frequently first in the base, where the high frequencies are resolved. This holds for age-induced HL where high frequencies are lost first (Ciorba et al., 2011), as well as chemically-induced HL (Campo et al, 2013, barred some specific organic solvents that apparently do not follow this rule (Cappaert et al., 2002. 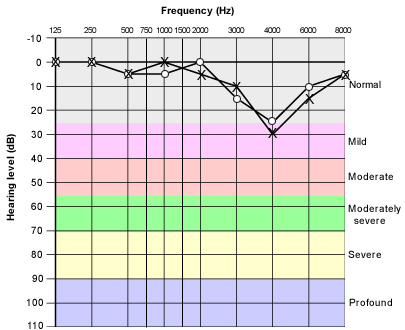 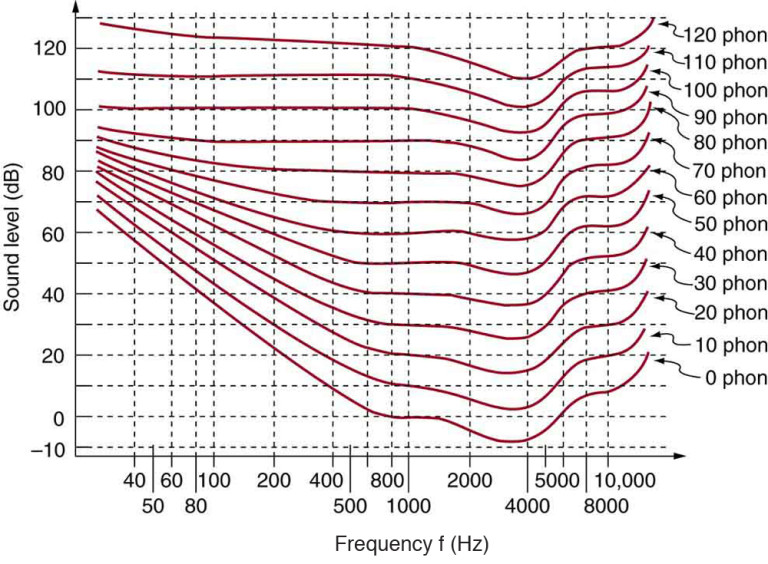 One has to distinguish between the frequency of a sound, its intensity (i.e., energy that it carries), and its loudness.

Since lower frequency sounds generally carry lower energy, the parts of our hearing apparatus responsible for perceiving these sounds are more fragile, i.e., more easily damaged by high energy sounds. While blast is a complex physical phenomenon, it can be roughly viewed as a sound carrying many frequencies of the same high intensity, which will thus cause more damage to lower frequency hearing. On the other hand, the loss of hearing with age reflects the "normal wear" by hearing the sounds that our ear is adapted for. Throughout our life the high frequency hearing deals with sounds of high energy and wears out faster.

Disclaimer: I admit that my answer reflects my stronger background in physics than in biology, and I will readily accept help in improving the last paragraph, (making it more precise).

7
How does prolonged exposure to high frequency noise affect hearing?
3
Hearing and neurons- do ears have a sampling period?
4
Are these claims of “revolutionising” understanding of human vision and hearing valid?
7
How can one accurately diagnose the cause of human hearing loss without surgery?
5
Does prolonged exposure to low pitch but low volume noise affect hearing or stress?
4
What are the lower and upper hearing limits of the human ear?
3
Can somebody be deaf to voices of some people only?
10
Are high sounds worse for your hearing than low sounds?
1
How much does hearing deteriorate with age?
3
Why/how does exposure to noise cause cochlear hair-cell loss?