In a biochemistry course I'm taking, the lecturer emphasised that there are 10 possible base pair steps; I've included a screenshot of a slide stating this. This confuses me, because I cannot work out why it's not 16; why are the 6 greyed out in the image not allowed (for example, CG stacked on CG counts, but GC stacked on GC doesn't)? TA|AT is listed as distinct from AT|TA, so it's not that the greyed ones are redundant. I've found a couple of papers mentioning that there are 10 base steps, but not why. (I can't get hold of the lecturer.) 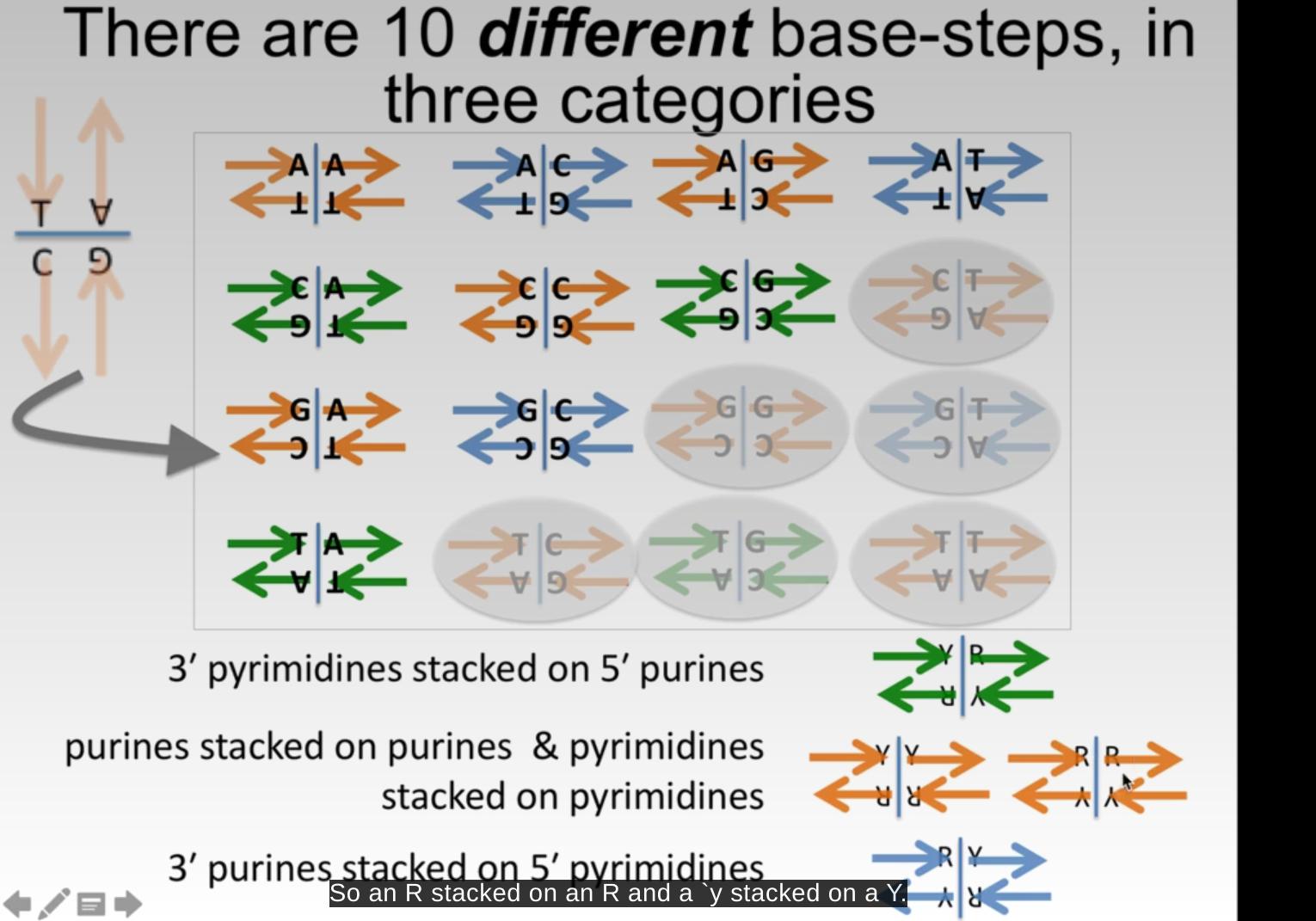 Unlike RNA, where the sense of the molecule is unique, DNA is double stranded, with the two strands having the opposite sense. In the sense of chemical stability it odesn't matter, which sense is considered positive, and which is negative.

Thus, if we consider a base pair step WX|YZ, we have Y folowing W on the positive sense strand (W->Y), and X following Z in the negative sense (antisense) strand (Z -> X). This means that, if we labeled the strands differently, we would have Z->X on the positive strand and W->Y on the negative one, i.e., we would have base pair step ZY|XW. I.e., the general symmetry rule is $$ WX|YZ \rightarrow ZY|XW $$

Visually, this symmetries are obtained by rotating the image of the base pair step by 180 degrees, as can be readily seen in the image provided in the question.

Not the answer you're looking for? Browse other questions tagged biochemistry dna or ask your own question.

27
Why are there exactly four nucleobases in DNA?
1
Do individual (free) nucleotides base-pair with other free nucleotides?
2
How many Watson-Crick + Hoogsteen triple base pair combinations are there?
5
Why do we encode information in DNA in binary and not in base 4?
0
Why is there complementary base pairing for DNA?
43
Why are bruises not lethal?
0
DNA base pair heading