Can anyone ID this microorganism?

I found this microorganism in a wet moss sample taken from my backyard in Richmond, Virginia (USA). I took some pictures of it at 40x, 100x, and 250x. I'm not entirely sure what it is, but I think it's some kind of rotifer based on it's behavior. It anchors onto a piece of moss while hunting. It stretches out to catch food, and once it's caught something, it snaps back into itself. 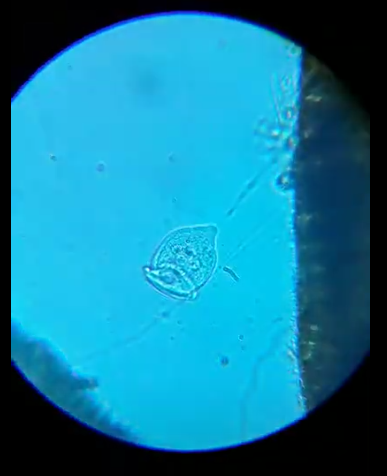 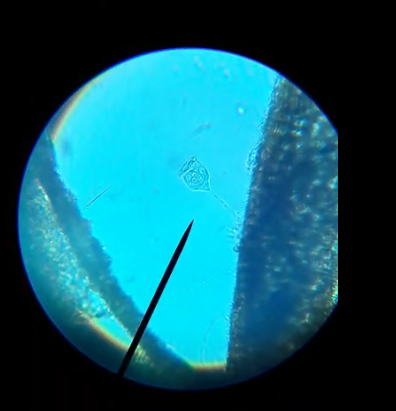 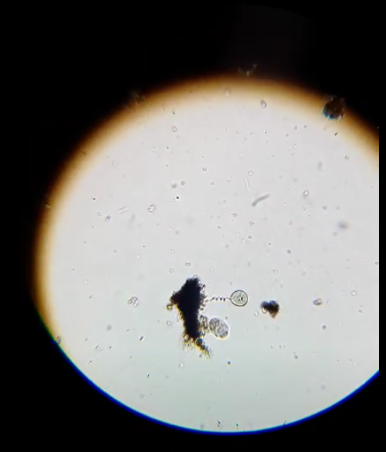 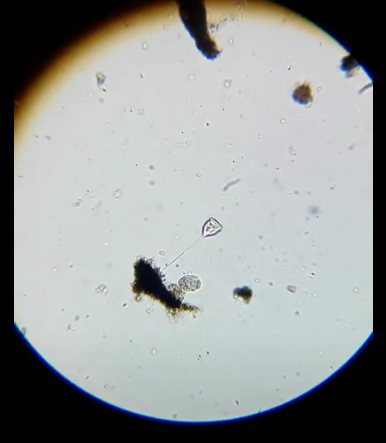 Any ideas as to what this is?

Appears to be a ciliate protist called Vorticella. 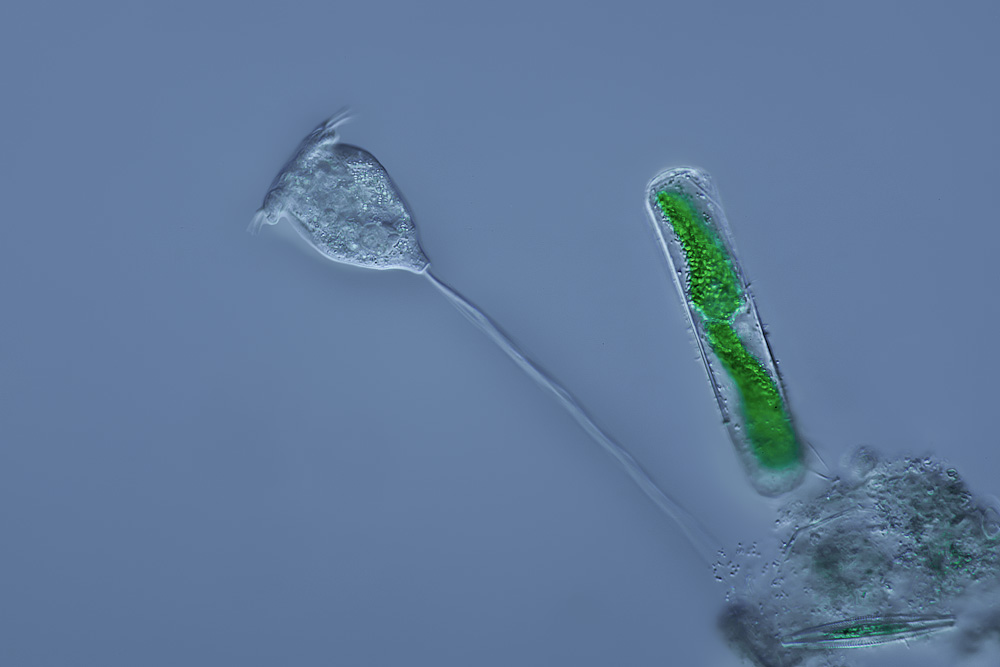 Vorticella always stood out to me because of their long, narrow stalk they use for anchoring with ciliate-lined bell-shaped oral end. 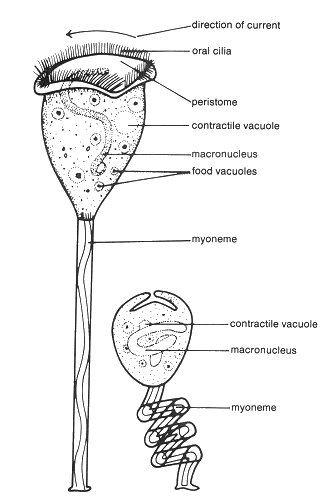 The stalk is made up of the spasmoneme [also called "myoneme" above], a contractile organelle, with rigid rod filaments, batonnets, surrounding it. The coiled spasmoneme and batonnets serve as a molecular spring, so that Vorticella can contract. The cell body can move hundreds of micrometers in milliseconds. The spasmoneme is said to have higher specific power than the engine of the average car.

You likely mistook this for the more-commonly known rotifer due to the beating cilia at the oral end and tendency to anchor down, which are also both characteristics seen in rotifers. See this SE post about rotifers I wrote a while back which includes some nice animations.

Also, you can quickly differentiate Vorticella (which are typically free-living) from closely-related and morphologically-similar Carchesium, which are colonial.

See this video ("Vorticella - Under the Microscope) by Nick Moore) for various videos and some more info.