I was going though my Guyton and Hall Medical Physiology when I came across the name of an antibacterial lysosomal enzyme - Lysoferrin. It said that Lysoferrin "binds to iron and other metals that are essential for bacterial growth." I looked across the web to find some context about it but found every site quoting the exact same Guyton lines. Some more information about this enzyme would be a real help.

A Japanese patent filed by Raymond Jay Bergeron, Jr JP2000514089A notes lysoferrin as the siderophore N1, N4-bis (1-oxo-3-hydroxy-3,4-dicarboxybutyl) diaminobutamate. The US counterpart of this patent, jointly filed as US application No. US08/783,306 and later issued as US 5,739,395 covers rhizoferrin in its embodiments. So it seems that the term lysoferrin is just another name for rhizoferrin, perhaps a translation aftefact? 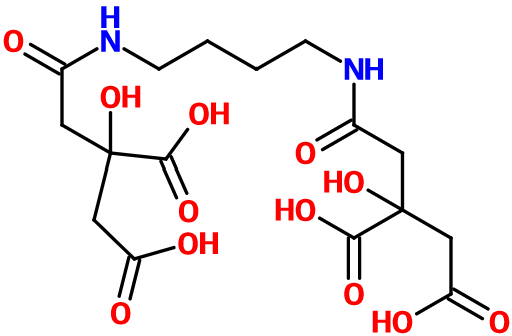 Edit: Just to be clear, lysoferrin is not an enzyme, but the siderophore pictured above.

Siderophores are small, high-affinity iron-chelating compounds that are secreted by microorganisms such as bacteria and fungi and serve primarily to transport iron across cell membranes, although a widening range of siderophore functions is now being appreciated. Siderophores are among the strongest soluble Fe3+ binding agents known.

Not the answer you're looking for? Browse other questions tagged cell-biology physiology or ask your own question.

9
What triggers meiosis in gonadal cells?
38
What is itching?
8
What gaseous substances do humans emit?
5
What causes instinctive behaviour?
1
What use a pair of lips?
5
What causes swelling after impact?
5
What keeps organs suspended in the body?
0
What is a centrosome?
6
What happens to deep sea creatures if they reach the surface?
3
What is the pH of cytosol? And plastids?