How do tardigrades defend themselves from predators?

Tardigrades or water bears are well known for their ability to enter into a cryptobiotic state which allows them to survive extreme environmental conditions such as extreme temperatures or radiation. However, something I've noticed is that while it has been extensively discussed how tardigrades survive abiotic dangers, it is almost never discussed how they protect themselves from biotic threats such as predators. 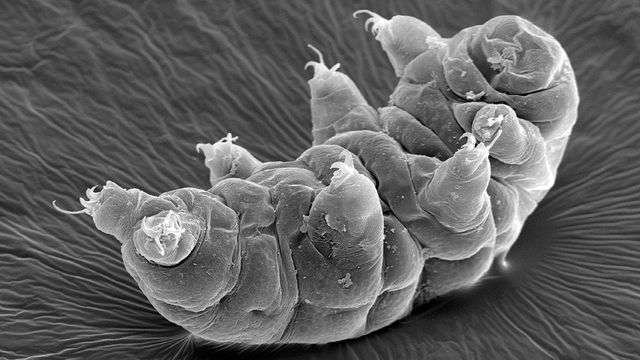 This is a picture of a tardigrade. As you can see, tardigrades are soft-bodied and thin-skinned, with no obvious means of defending themselves and no real hard parts aside from the tips of their claws. Given that they are a soft-bodied, slow-moving organism with little ability to escape or defend themselves from predators, how do tardigrades avoid being eaten when they are otherwise an ideal prey item?

It doesn't appear as though tardigrades survive predators by living in extreme environments where nothing else lives. Although they are famous for surviving extreme conditions, tardigrades are also common in biodiverse environments such as mosses and soils where there are a variety of other animals such as mites, springtails, nematodes, and pseudoscorpions. And indeed tardigrades are known to be preyed upon by mites and nematodes.

Browse other questions tagged zoology microbiology predation extremophiles or ask your own question.

8
Can tardigrades survive being eaten?
3
Predators on the Galapagos
1
Do Tardigrades preserve water or replace water?
1
Why are tardigrades so rare?
5
What are the predators of Glaucus atlanticus?
14
Are there animals that have evolved a resistance to human activity or encroachment?
1
Are there any examples of predators that ambush scavengers?