I live in Michigan. I just saw a bee that I think I've seen before, but only this time was I so struck by its uniqueness and - for lack of a better word - scariness.

I'll describe it. It was maybe an inch and a half long. Maybe bigger, maybe smaller (I'll admit that I was hurrying to get away from it). It looked like a queen bee, but longer and slightly thinner. However it had wings that were very profoundly orangish-red. Like burnt orange maybe.

I haven't been able to find any matching pictures online. It is theoretically possible that it was covered in pollen, and I am incorrect about what I think I saw, but assuming it wasn't (as I do believe this isn't the first time I've seen this guy or one of his friends), does anyone have any clues as to what this could be?

After considerable patience. I was able to capture some photos of this guy. One of these photos is post-processed a little to emphasize the color.

A couple things about these photos. 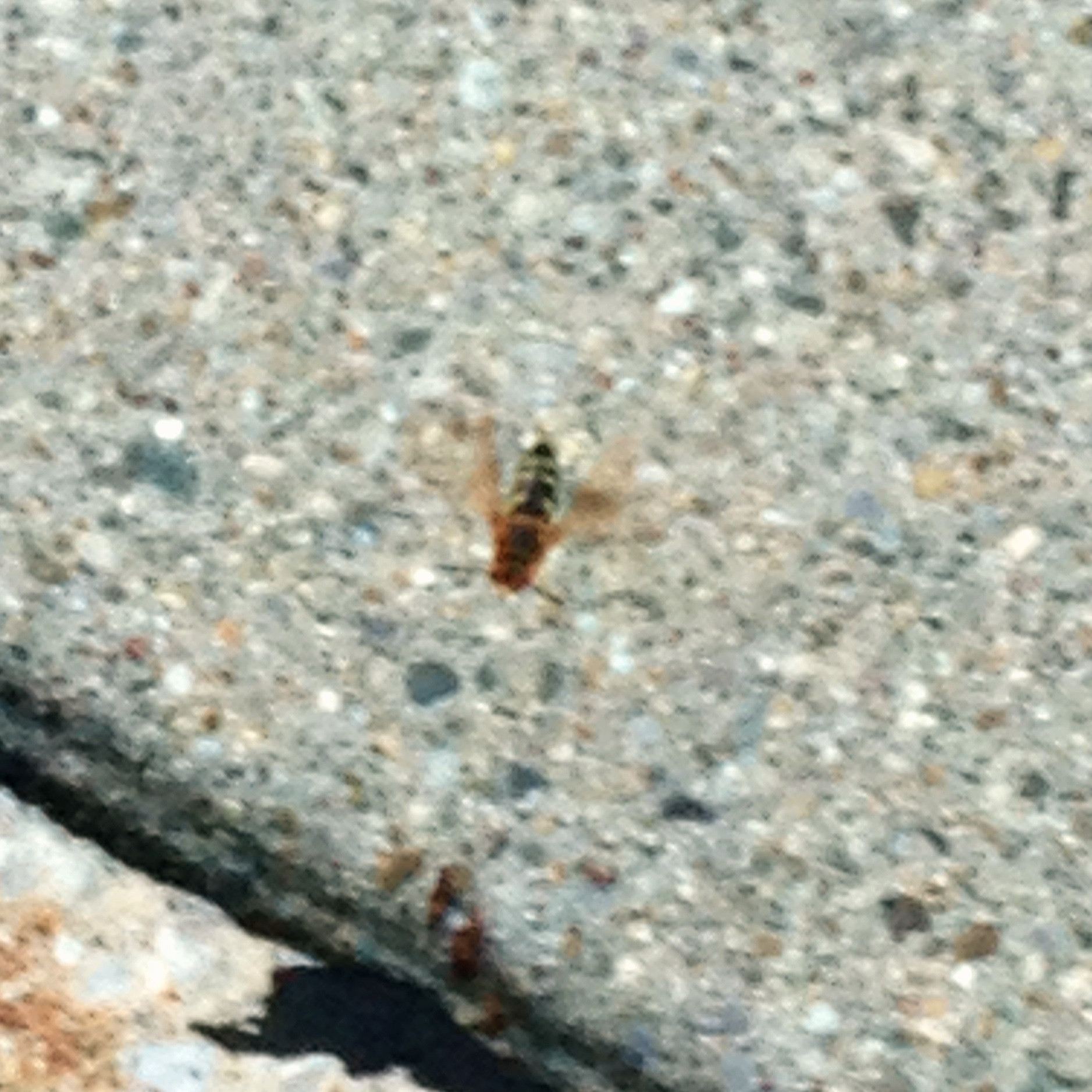 Nice pictures! From the back pattern, size, and antennae shape, I'd say this is very likely a Cicada Killer wasp (Sphecius speciosus), cf., for instance, this picture taken at a similar angle to yours.

There are many good resources online about Cicada Killers, including this page from the MSU Extension Office, and the Wikipedia entry Sphecius speciosus.

It would be interesting to see if you could find the distinctive burrow (photo / video) of your resident wasp!

8
Goats are so fearless but sheep are not. Is there any genetic difference responsible?
6
Is this a crayfish hole? or wasp nest?

6
Identification of an Insect (Hemiptera)
1
Can anyone identify this bug/insect?
3
Trying to identify an insect
6
Possible moth identification
3
Is this a large bee? (species identification)
6
What is this yellow sticky excretion from a moth? Details in photos
1
Indian Spider Identification