Why do animal cells "mistake" rubidium ions for potassium ions?

So, I was browsing the Wikipedia article for rubidium, and came across this interesting tidbit:

Rubidium is not a known nutrient for any living organisms. However, rubidium ions have the same charge as potassium ions and are actively taken up and treated by animal cells in similar ways.

This immediately struck me as interesting, and a completely wrong explanation, as all singly-ionized ions have the same net charge.

Now, from my basic understanding of chemistry, elements of the same group have the same valence electron structure, which accounts for much of the element's chemical effects. And if you look at the periodic table, sure enough, rubidium falls below potassium, in the Group 1 alkali metals. 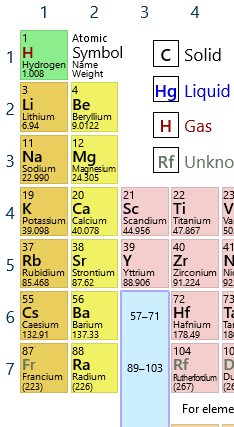 But, from my old memories of basic biology, even saying "these elements are vertically adjacent on the periodic table" is an incomplete explanation, because, for example, the body has no problem "telling apart" sodium from potassium, or plenty of other vertically adjacent elements.

A survey of other potentially relevant features reveals the calculated radius of rubidium (265 pm) is relatively close to the radius of potassium (243 pm), and the first ionization energy of rubidium (403.0 kJ/mol) is also pretty close to that of potassium (418.8 kJ/mol). So they do seem fairly similar, but question still remains, how "similar" does an element need to be to become a biological proxy?

This leads to me to the following questions:

Some good references I've found, skimming the literature (I started by looking at some references in this article):

But I'd rather someone present an intuitive explanation for this before or after I attempt to dive in.

There are multiple biological mechanisms that can be brought to bear for distinguishing between atoms. In addition to binding properties (e.g., ionic charge, electronegativity, bond strength), there is also the size of the atoms and even their vibrational properties.

For one of these mechanisms to actually be used, however, it needs to be evolutionarily selected for in some way. The binding properties are by far the simplest to select for, since they are fairly local and permissive in nature, while the others require much more carefully tuned mechanisms.

For Group 1 alkali metals like sodium, potassium, and rubidium, however, ionic bonding is much more uniform. Thus, we should expect mechanisms that apply to one to apply to all unless strongly selected for distinguishing. In the case of potassium versus sodium, which are both very important in biochemistry, a recently discovered mechanism in sodium-potassium pumps uses binding properties to grab both, then atomic size (via steric hindrance) to distinguish sodium versus potassium as described nicely in the answers to this question.

Presumably, there simply has not been sufficient evolutionary pressure to establish mechanisms for distinguishing rubidium from potassium in the same way. While sodium and potassium have approximately equal abundance, rubidium is approximately two orders of magnitude less abundant than either. Cesium, in turn, is nearly two orders of magnitude less than rubidium, and rapidly decaying francium mostly doesn't exist.

Thus, unless there is a particularly problematic effect of occasional incorporation of rubidium or cesium, then, we should expect these elements to be essentially indistinguishable from potassium biologically, but not from sodium, since sodium/potassium distinguishing mechanisms will reject them all along with potassium into the "not the right size to be sodium" bin.

Not the answer you're looking for? Browse other questions tagged biochemistry terminology pharmacology or ask your own question.

4
Why is the ribonucleoside derived from thymine, 5-Methyluridine, abbreviated m5U and not T?
1
In plants why are potassium and nitrate ions absorbed faster than any others?
1
Cell biology - Resting membrane potentials
11
Why don't the heads of phospholipid bilayers repel hydrophobic molecules?
10
Is the chemical composition of urine detrimental or beneficial for a tree?
2
Confusion regarding the Kir2.1 inward-rectifying potassium channel
2
Is chloride necessary for animals?