Were nicotinic acid/amide or flavin nucleotides ever part of primary RNA sequence?

NADH and FADH2 redox reactions are built deep into our biochemistry. For example, pyridine nucleotides are involved in >500 enzymatic reactions. When we look at the structure of deamido-NAD+, it is strikingly symmetrical: 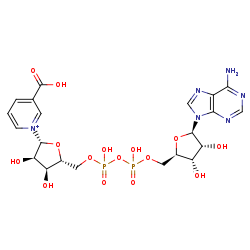 The same is true for FAD, a two-headed monster of a nucleotide 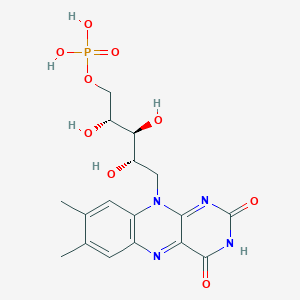 in which we can recognize the two heads, belonging to xanthosine (a purine nucleotide) and alpha-ribazole 5'-phosphate, the latter of which is produced from flavin in the course of B12 synthesis: 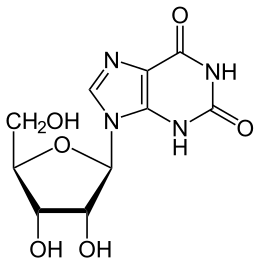 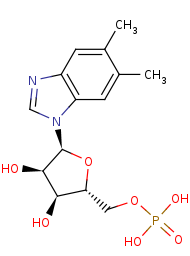 The phosphoribose can be swapped between alpha-ribazole 5'-phosphate and nicotinic acid.

Given such enticing hints, it is tempting to speculate that one or more of these nucleotides might be so fundamental because it was actually part of some ancient RNA primary sequence, giving RNA containing this code the power to do serious catalytic chemistry with acid and amide groups, powerful options for redox and methyltransferase activity and more.

I know this is a hard question to answer, but is there any evidence that weighs in, or could weigh in, on whether this happened? For example, if these functional groups are too unstable in regard to intramolecular reactions on a strand of RNA, or if there is no way to envision a potential base pair that would be reliably distinguished from the known base pairings. Or if RNA editing sometimes creates them in some organism. Or if aptamers made from these subunits show improved catalytic possibilities. (That doesn't seem so easy to look up, since many papers look for aptamers binding these as prosthetic groups, rather than incorporating them) It would be useful simply to have a notion of what evidence for such an idea would look like.

I could not find any papers on natural RNAs with nicotinamide or flavin as a regular base. However, a study with synthetic oligonucleotides reports that NAD containing oligonucleotides can form stable triplex structures (Göckel & Richert,2015).

There are two studies from 1970s that explore base pairing potential of flavin. Raszka and Kaplan (1974) report that FMN can hydrogen-bond with AMP but not other nucleotides. They further explore this finding to show that FAD can form intramolecular hydrogen bonds. Scarbrough et al (1976) show that flavin containing nucleotides can form stacking interaction in addition to base pairing kind of hydrogen bonds. (Compare D-X bonds)

More recently, Julius et al. (2020) have shown that NAD and FAD can act as co-factors of primase to initiate DNA replication.

Overall, it seems plausible for FAD and NAD to be a part of nucleotide chains (more plausibly for RNA as they are already known to contain a variety of unusual bases). However, I cannot comment if they really did play such a role during cellular evolution.

Not the answer you're looking for? Browse other questions tagged biochemistry rna or ask your own question.

3
To what extent is the genetic code more than just a code?
3
Chemistry of phosphodiester bond formation by DNA polymerase
2
What makes/breaks the hydrogen bonds between DNA and RNA during transcription?