How does PCR mutagenesis add restriction site near the gene of interest?

I have been learning about PCR mutagenesis to add restriction site right next to the gene of interest using a primer that's attached with single stranded restriction site (first image). I have drawn my own diagram (second image) to better understand how this works, but I am stuck at the last step in question mark. How does DNA Polymerase 'insert' the green sequence (restriction site) so I would end up with the gene shown in the bottom? 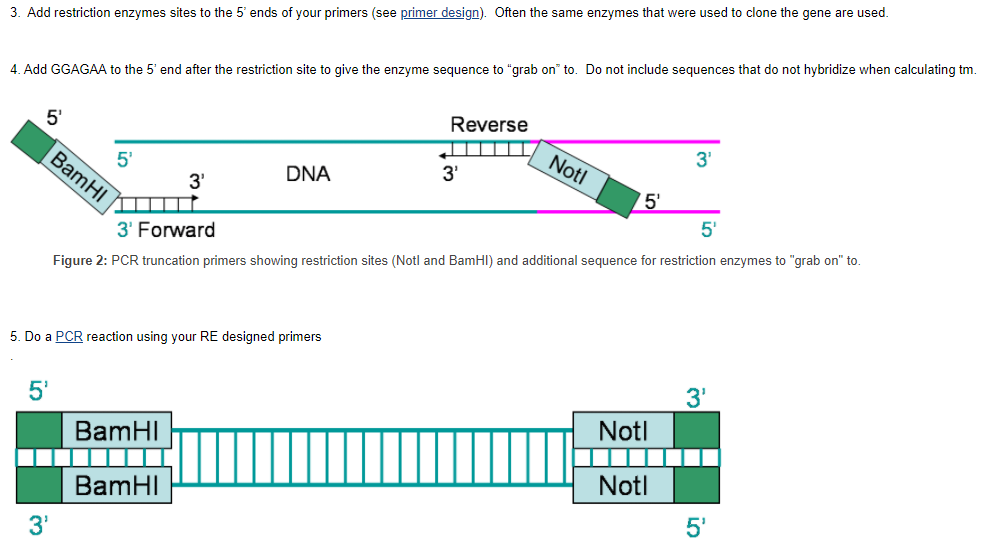 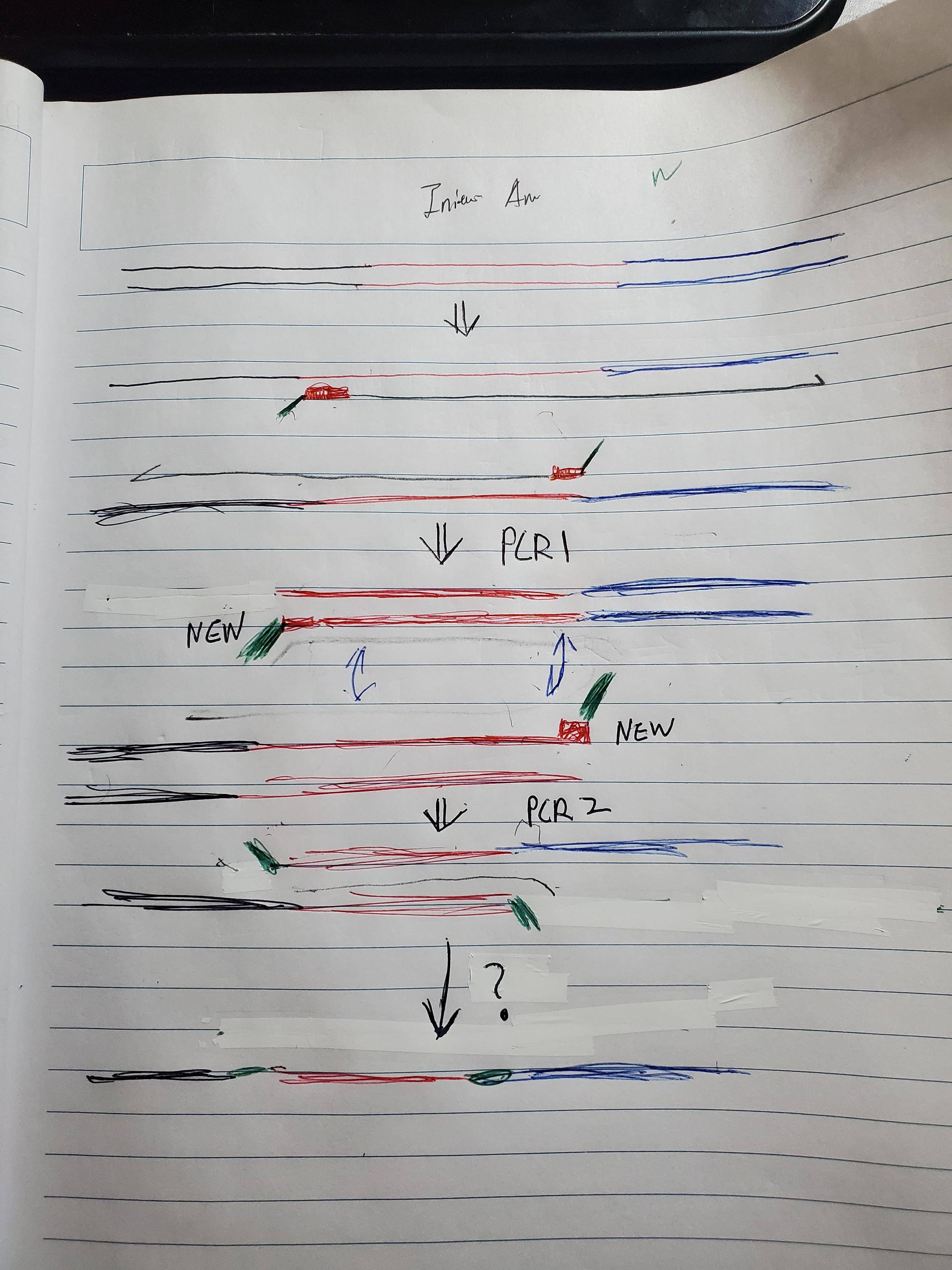 This diagram would be easier for you to conceptualize if you instead used the actual nucleotides in the restriction sites and green GGAGAA region along with your gene of interest (GOI). I recommend working with the DNA sequences when learning about primer design for various applications. I believe it has led you to be slightly confused with what is the restriction site and what is not in this diagram so I'll walk through it.

Moving forward, these primers are both going to be used in one PCR reaction, not separate. Thus, when the reaction begins, the double stranded DNA template will denature, giving your forward and reverse primers the opportunity to anneal during the annealing phase of a PCR reaction. During the elongation phase, your DNA Polymerase will add complementary nucleotides in the 3' direction of your primers. Now after the first cycle, you have two different products. The forward primer's product has the GOI with a single stranded BamHI overhang on the 5' end, while the reverse primer's product has the GOI with a single stranded NotI overhang on the 5' end.

During the second cycle, after denaturation, the reverse primer with a NotI overhang anneals to the forward primer's previous product with a BamHI overhang. The DNA polymerase then adds nucleotides in the 3' direction of the primer, eventually adding complementary bases to the BamHI overhang. The same is done vice versa with the forward primer and the reverse primer's previous product.

Now after the second cycle, you have the desired products which will be amplified exponentially. Your GOI flanked by NotI and BamHI restriction sites with the GGAGAA region on both sides. This product is ready for a restriction enzyme digest.

I like your hand-drawn figure. I will do a pictorial explanation starting from that. You are correct in the primer binding and first stage of PCR step. But PCR1 and PCR2 and the final product is wrong. 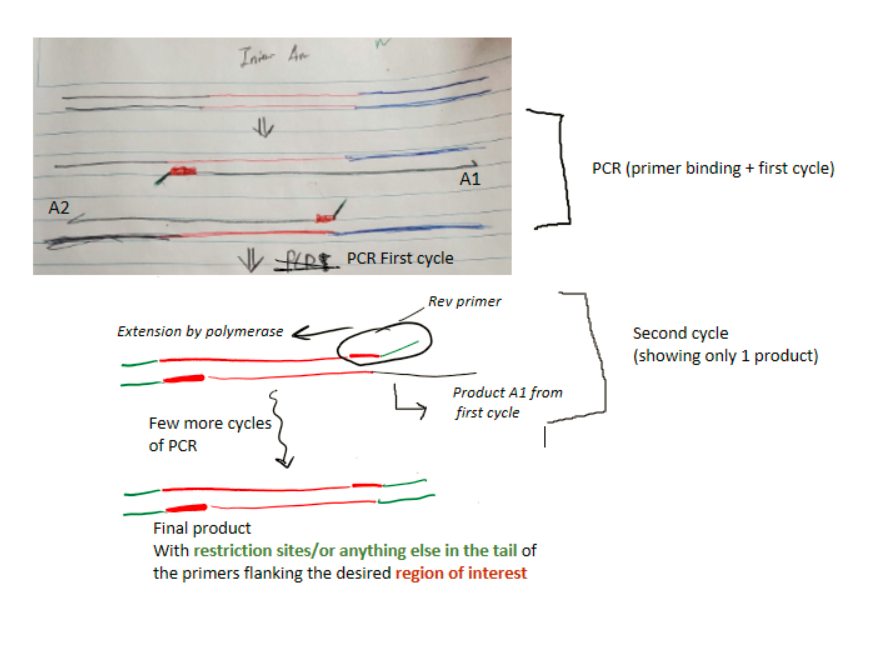 Not the answer you're looking for? Browse other questions tagged biochemistry pcr or ask your own question.

2
How prevalent is Taq polymerase in adding 3' A overhangs to the PCR product?
2
Questions regarding PCR
3
When using a primer to replicate DNA in a plasmid, does it replicate the whole plasmid?
0
PCR a plasmid with self-complimentary regions?
2
Gene cluster of interest not being amplified in PCR
2
Using PCR to add the overhangs to gBlocks for NEB HiFi