I am hoping to mutate the active site of the enzyme I am researching that has 5 residues in proximity with the substrate. I am wondering how many colonies I'll have to assess to theoretically sample all the possible mutant combinations?

I am guessing that just screening the number of possible combinations will not be very successful because I am likely to sample a particular mutant more than once?

I have been looking at 'NNK Saturated Mutagenesis' which uses the redundancy in the genetic code to be able to create all residue encodings where N = A/G/C/T and K = G/T, while limiting the number of repeated residues from synonymous codons.

Are there any other ways of performing this sort of mutagenesis with better codon compression?

This sort of method is indeed quite useful and frequently used in synthetic biology: I've used a similar approach before to generate 5' insulators for promoters.

Calculating the exact theoretical likelihood of what you want, so far as I understand, is a complex combinatoric equation that I wasn't able to get a nice closed form on with a few minutes of work. For your purposes, however, I expect that a reasonable estimate will do as well, and that can be made much more easily by modeling the population of each combination as an independent series of biased coin flips, i.e., a binomial distribution.

This smells like the sort of equation there ought to be a nice identity for, but I don't know the identity, so I'll just give a couple of examples of calculating with it:

As you can see there's a sharp transition as the coverage count increases.

Important caveat: the theoretical value may not give you what you want. In the paper I linked above, we used two degenerate primers with 18 N bases to inject 36bp of random material, which means we had $4.7x10^{21}$ possible combinations and should never have seen a repeat --- except that sequencing showed that we did indeed get several repeats out of only a few hundred colonies. Thus, biases in the biology may lead your statistics to be skewed from what the theory suggests.

CyberDope was first written at MIT, then again at Kairos, then again by me (privately) in Mathematica. The program gives the best "dopes" for a target set of amino acids. You will need someone who has Mathematica to view this program in ".nb" format and to run it. I would further suggest they upgrade the program into Mathematica version 12. I just now uploaded a copy to the Wolfram cloud (public):

Twenty years ago, the work was at this stage:

If you just want to "eye-ball" a good dope, look at this figure, circle the amino acid residues you want, and then look at the three nucleotide axes: 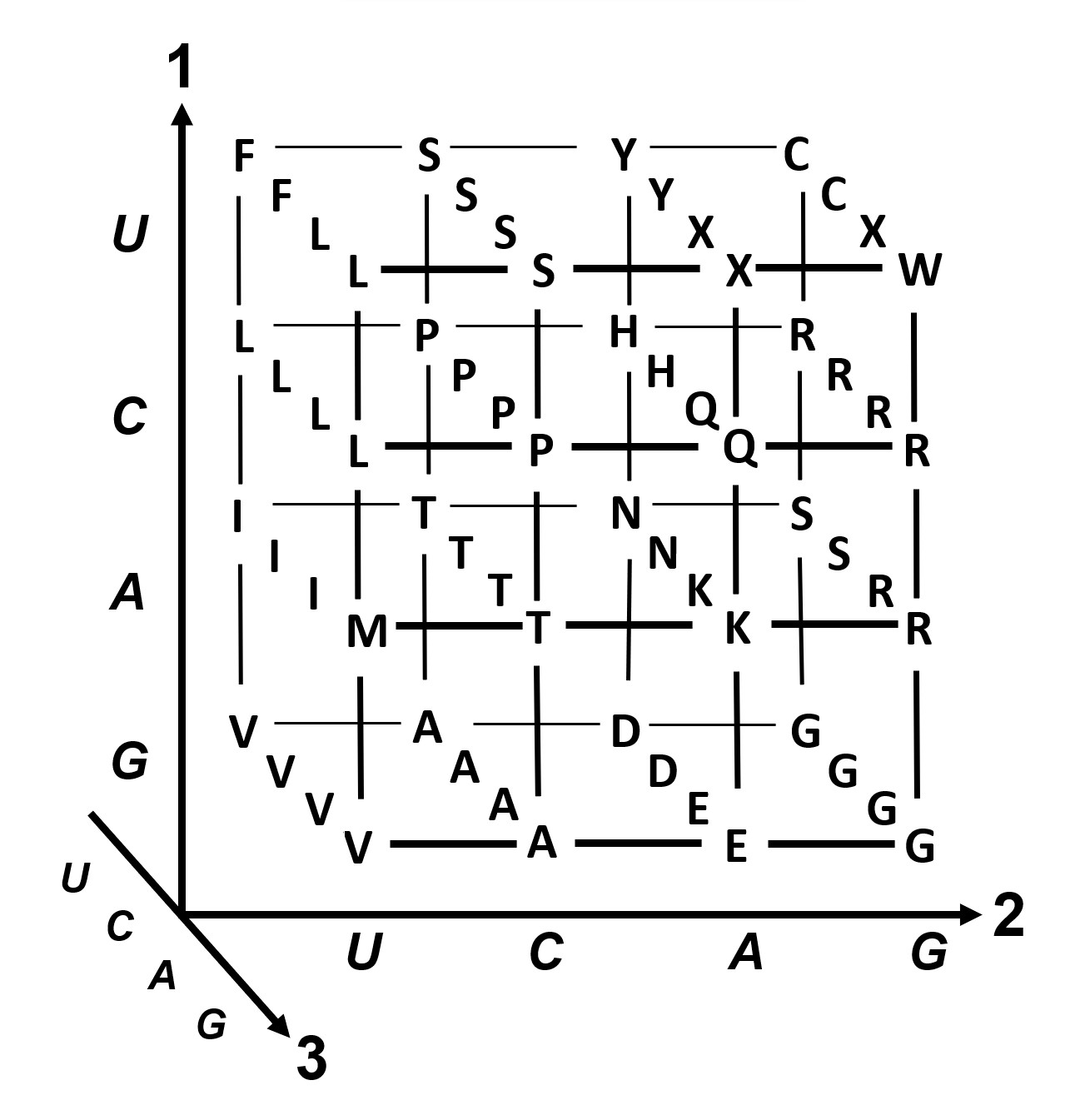 The OP is dealing with combinatorial complexity, too. So they might want to look at this figure if they are mutagenizing at the second position of the codon. Again, from Wikipedia (Genetic Code) 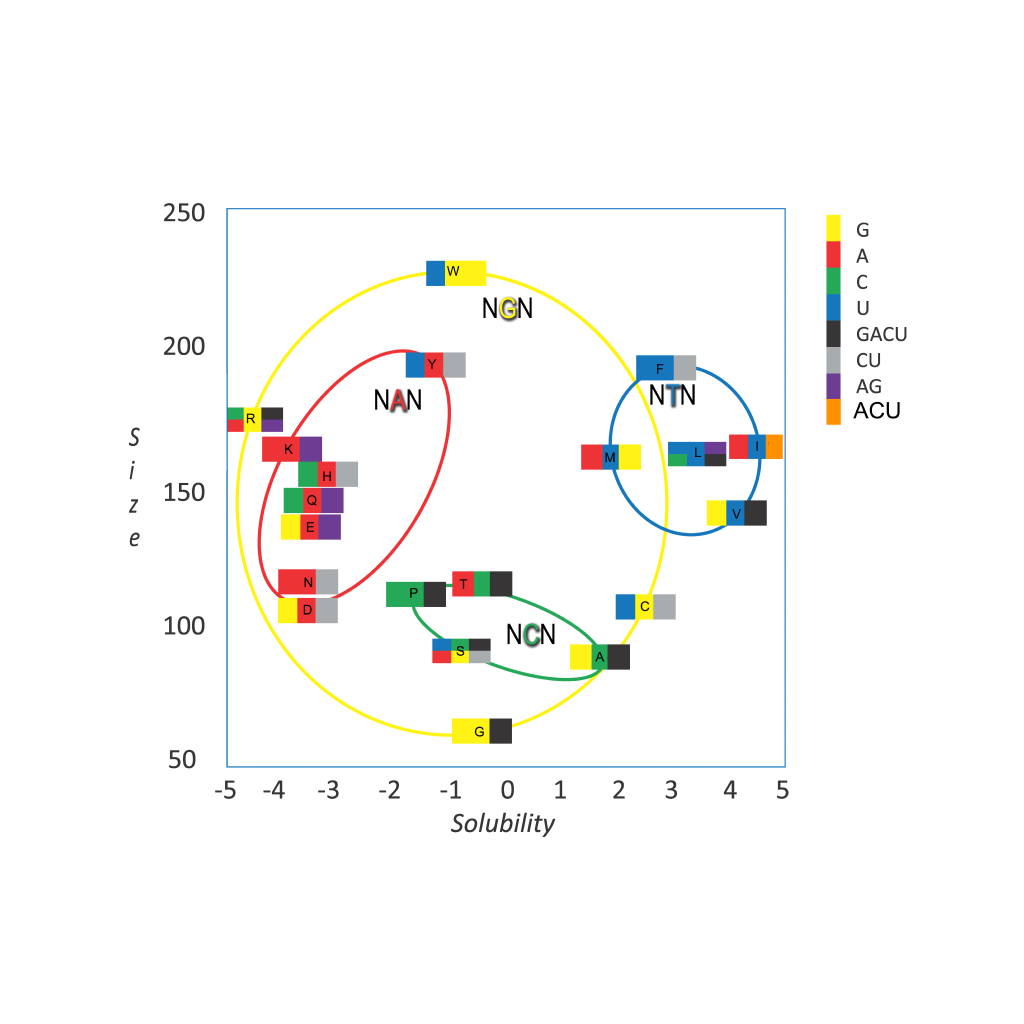 Not the answer you're looking for? Browse other questions tagged lab-techniques mutations biostatistics protein-engineering or ask your own question.

4
Ethidium bromide and mutagenesis on cloning
2
When performing mutagenesis for an assay, how do you decide on the sample size of individuals to be mutated such that all genes are covered?
0
Random Mutagenesis vs Directed Evolution as Strategies to boost expression