Why are women more susceptible to radiation?

The answer to this question on the Space.SE indicates women are more susceptible to radiation in space than men. 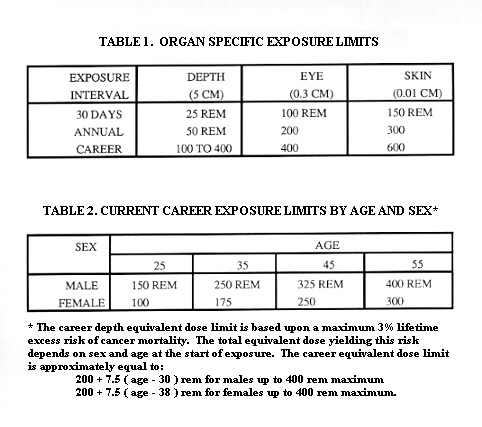 Why is this the case? Is it merely that women have less muscle mass (which being more dense than fat) and therefore may receive a greater dose when exposed?

It's actually because of the greater risk "from breast, ovarian, and uterine cancers" (article). There's a more scientific write-up here, and while I don't have access the abstract implies that a more rigorous update of the exposure criteria upheld sex differences. From a more terrestrial perspective, The Nuclear Information and Resource Service (nirs.org) has this rather incensed piece on the issue. They cite a 2006 NAS report which

finds that harm to women (cancer) is 50% higher than the comparable harm to men from radiation doses that fall within the legal limit to the public over a lifetime.

[A] 45-year-old man has a 344-day limit versus a 187-day limit for a 45-year-old woman, due to radiation exposures on the space station that would be typical at the time of solar maximum.

The effect of body size, however, could be the opposite. Taller women get more cancer, with that study showing a 16% increase in incidence for every 10cm (4in) height increase. That increase, however, is among certain types, such as melanomas, and not the above-mentioned "breast, ovarian, and uterine cancers." Males, being taller, could therefore get more cancer overall; it turns out males usually die more from most cancers, just not (obviously) "breast, ovarian, and uterine cancers."

Not the answer you're looking for? Browse other questions tagged radiation or ask your own question.

6
Why does radiation sickness cause hair to fall out?
3
Difference between Medical and Airport scanner radiation
2
Radiation and "Safe Dose"
1
How well understood are the long-term effects of nuclear radiation?
4
Any benefit to low dose radiation?
5
About radiation therapy
6
Can radiation therapy cause cancer?
1
Does cell phone radiation promote longevity?