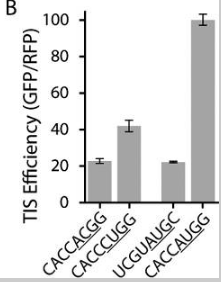 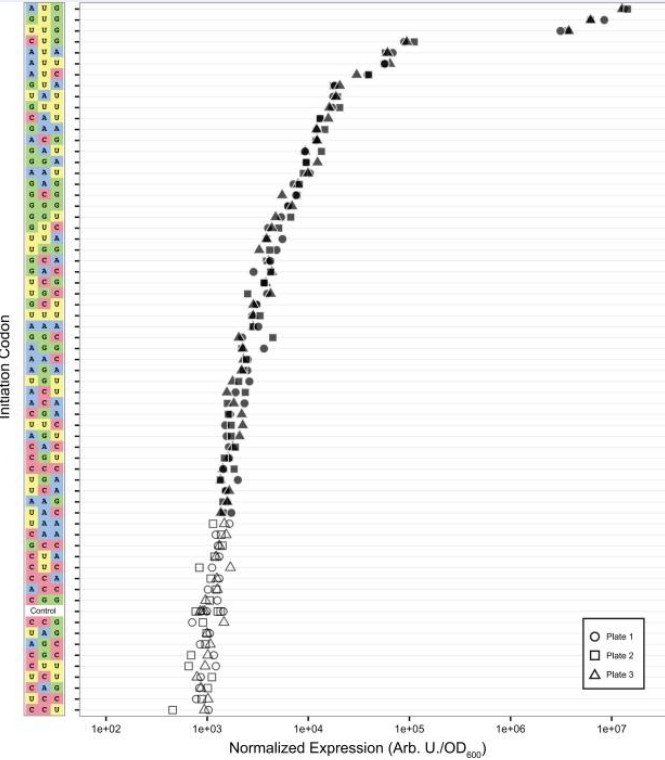 10
How are there alternative initiation codons?
3
Why did translation develop a specific codon for initiation?
1
Why are there three stop codons but only one start codon?

8
The GUG start codon in E. coli: identity of initiating tRNA and efficiency of translation
10
How are there alternative initiation codons?
12
How did the genetic code evolve?
6
Why is the DNA codon table "equal" to the RNA codon table
3
Why are there both stop and start codons?
2
Effect of a doubling of the start codon in a gene
1
Why are there three stop codons but only one start codon?
2
Relationship between the ambiguity (wobble) at codon position 3 in elongation and codon position 1 in initiation
3
Why did translation develop a specific codon for initiation?