What is this white stuff inside apples?

I live at Vancouver, BC, Canada and I often find this kind of white stuff inside the apples I buy 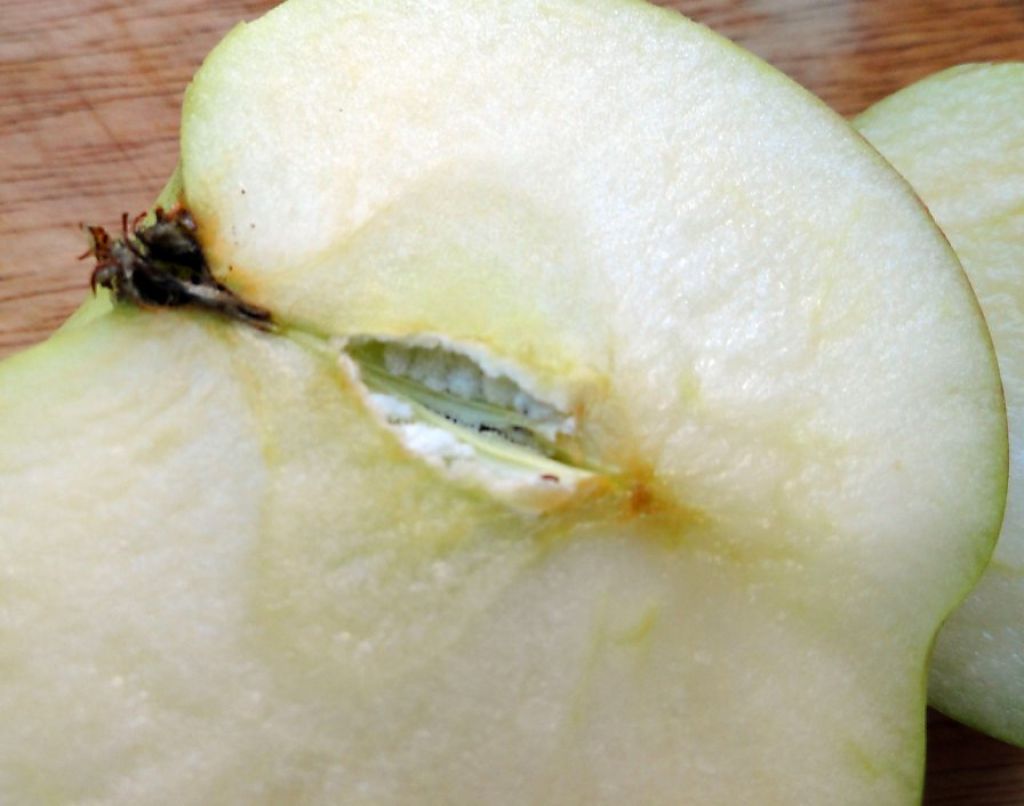 I used to live in Europe (Switzerland) and never saw that before. It very much look like a fungus. Is it? What species is it? What is the geographical range of this species?

When I cut my apples open, I just remove it and assume it did not lay too many mycotoxins in the rest of the apple but when I directly bite into the apple, it has happened to me to eat some of this white stuff. What are the health consequences of it?

I am pretty sure that it is a moldy core rot which would be caused by a fungus that infects the apple during the flowering stage. The fungi is also referred to as "apple fuzz".

fungus sometimes does enter apples at the blossom end and damage the core, especially if weather is wet, a condition called "moldy core,"

Moldy core is caused by several different fungal pathogens. Many cultivars of apples are affected, including Delicious, which is very susceptible. Moldy core may develop into dry core rot if the pathogen penetrates into the core flesh, but the fungus is generally restricted to the core or carpel region.

The moldy core fungi colonize the flower parts as soon as the blossoms open. The fungi then enter the developing fruit through an opening in the calyx. Moldy core is primarily a problem during years with light fruit set or when dry weather in early summer is followed by heavy rains in late summer. In addition, wet weather during bloom may cause conditions favorable for the fungi to produce spores.

What kind of fungi is it?

The fungi is mostly found in the apple sorts “Delicious” and “Idared”. Idared's origin is from Idaho, and delicious is originally from Iowa, USA.

Is it dangerous to my health?

Not more dangerous than usual mold would be to your health. You can find more information here. On some forums online I read about people consuming the white fuzz, and did mostly not complain about any problems. However, I read about one case where the fungi evoked an allergic reaction. 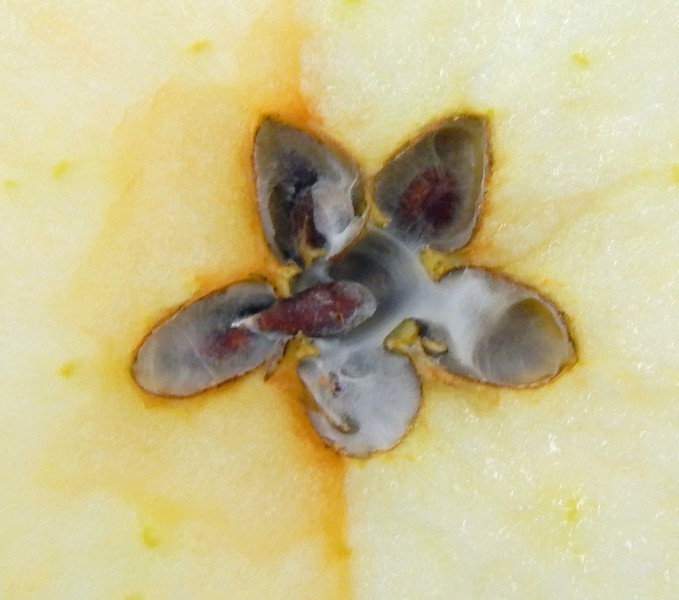 2
Storing Apples at 30F?
8
What is this mushroom?
2
What is this little white creature?
5
What are the blue and white things on this Sunburst lichen?
2
What is this white fluff growing in my basement?
19
Is this a hornet?