What is this mushroom?

I found a singular mushroom in my back yard, It is jet black, seems to have gills and looks somewhat like a flower do to it's upturned-ness. Sorry for not having spore colors, but I didn't want to disturb it. I will post a picture soon. I found this mushroom at 4/11/15 and it disappeared the next day. I'm just south of San Antonio. 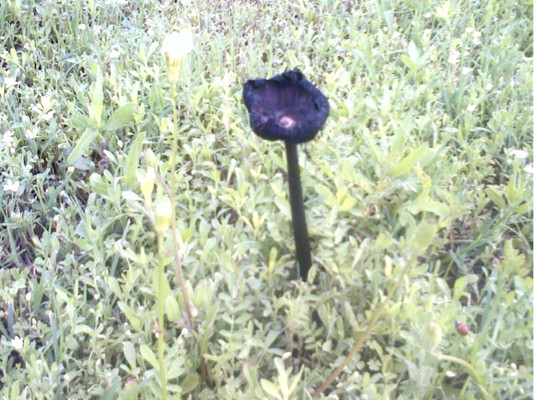 The mushroom suggestive for one of the inki ones of Coprinus family, especially Coprinus comatus. The black color can be very intensive in some stage of their development, since it is a part of the spread mechanism.

"Members of the genus Coprinus have been collectively known as the "inky caps" because of the curious character of autodeliquescence of their gills-- in other words self-digestion to release their basidiospores. Most of these species have gills that are very thin and very close to one another, which does not allow for easy release of the spores. Moreover the elongated shape of mushroom does not allow for the spores to be shot off the basidia and get caught in air currents as in most other mushrooms. Coprinus species "compensate" for this by a sequential maturation of the spores from the bottom of the gill towards the top. After the spores have matured and been released, the gill tissue digests itself and begins to curl up, allowing easy release of the basidiospores above. In other words, the digestion opens up the fruiting body so that spores from further up the gills become exposed to the air and a clear path of spore release. The self-digestion continues until the entire fruiting body has turned to black ink. In the olden days this ink was actually used for writing. The self-digestion is also a way of releasing the spores over a longer period of time, and allowing the release of spores from very closely spaced narrow gills borne inside a longitudinally tall pileus. If any Coprinus species are collected for eating or for scientific study, they must be cooked or dried right away, since the self-digesting enzymes seem to kick into high gear after the mushroom is removed from its substrate. They're pretty easy to find too-- the genus name Coprinus gives you a pretty good idea where to look for these mushrooms-- in dung or very rich organic soil." 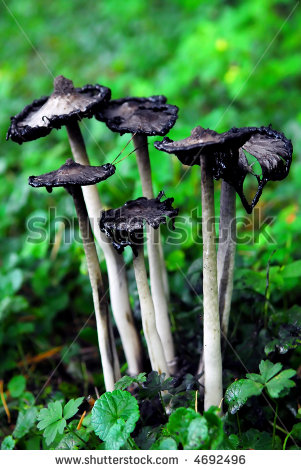 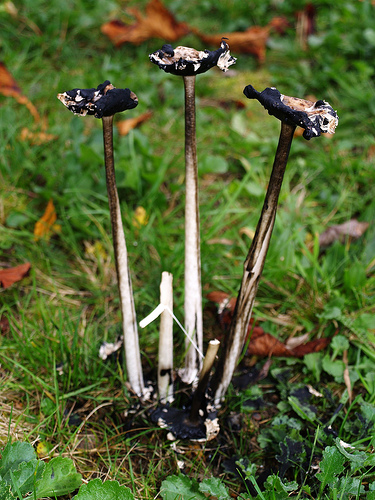 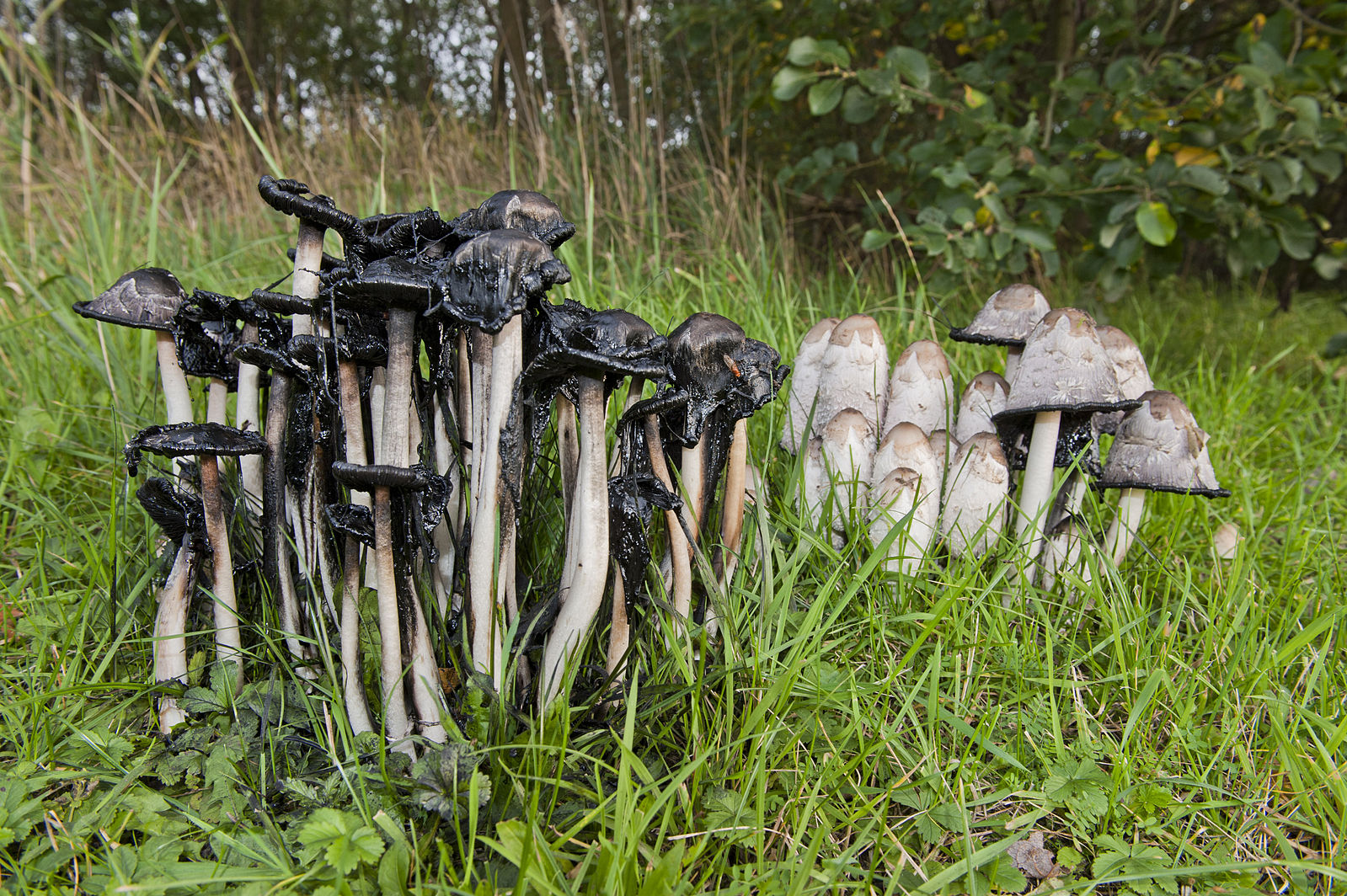