Can you identify this fossil? 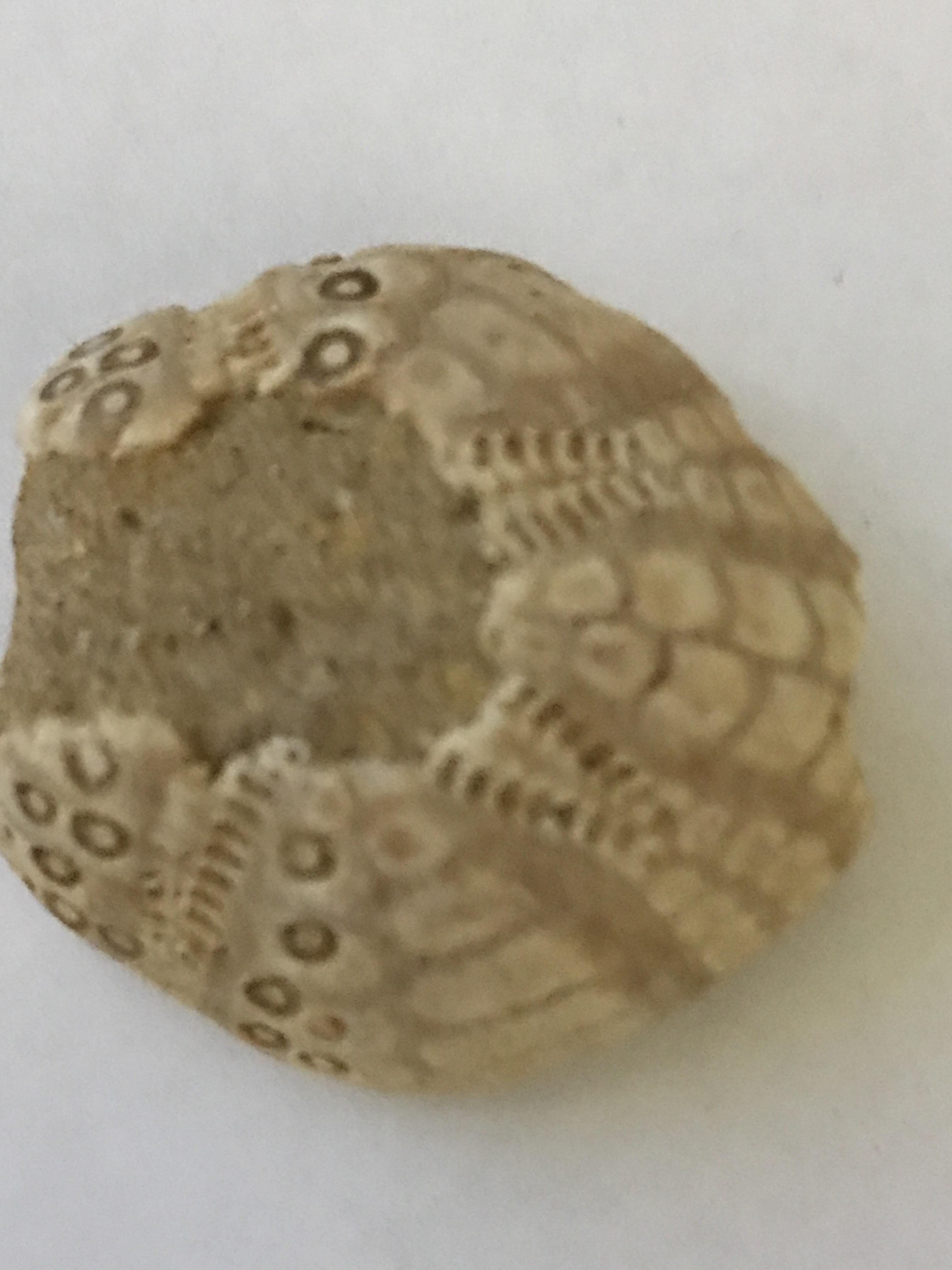 I found this fossil near a beach in Victoria, Australia. Can anyone identify it?

It is roughly the size of an Australian 20 cent piece (~30 mm). I think it might have been washed down from an eroding cliff.

I found another similar sized but less detailed fossil near by, which might be the same thing. 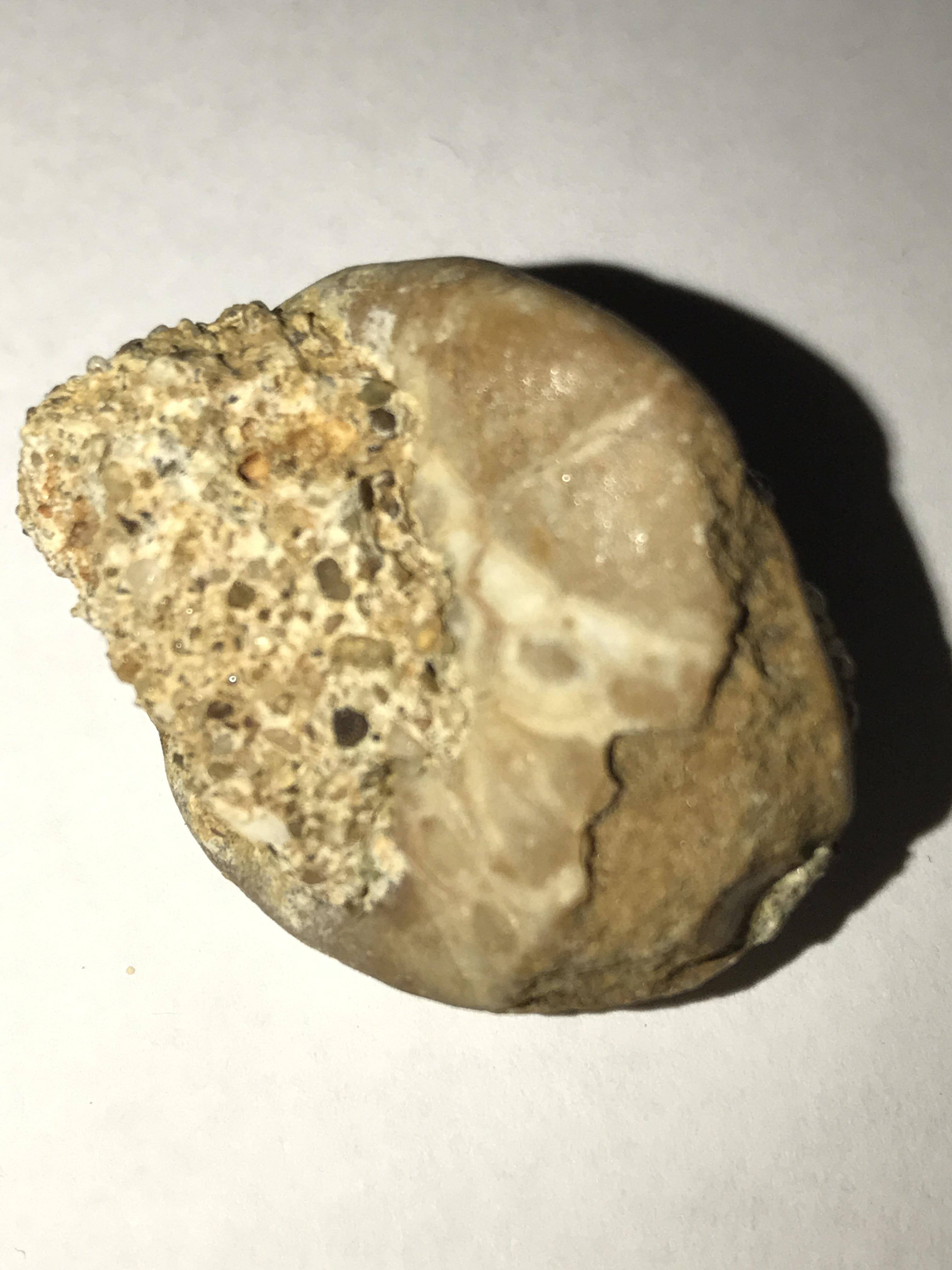 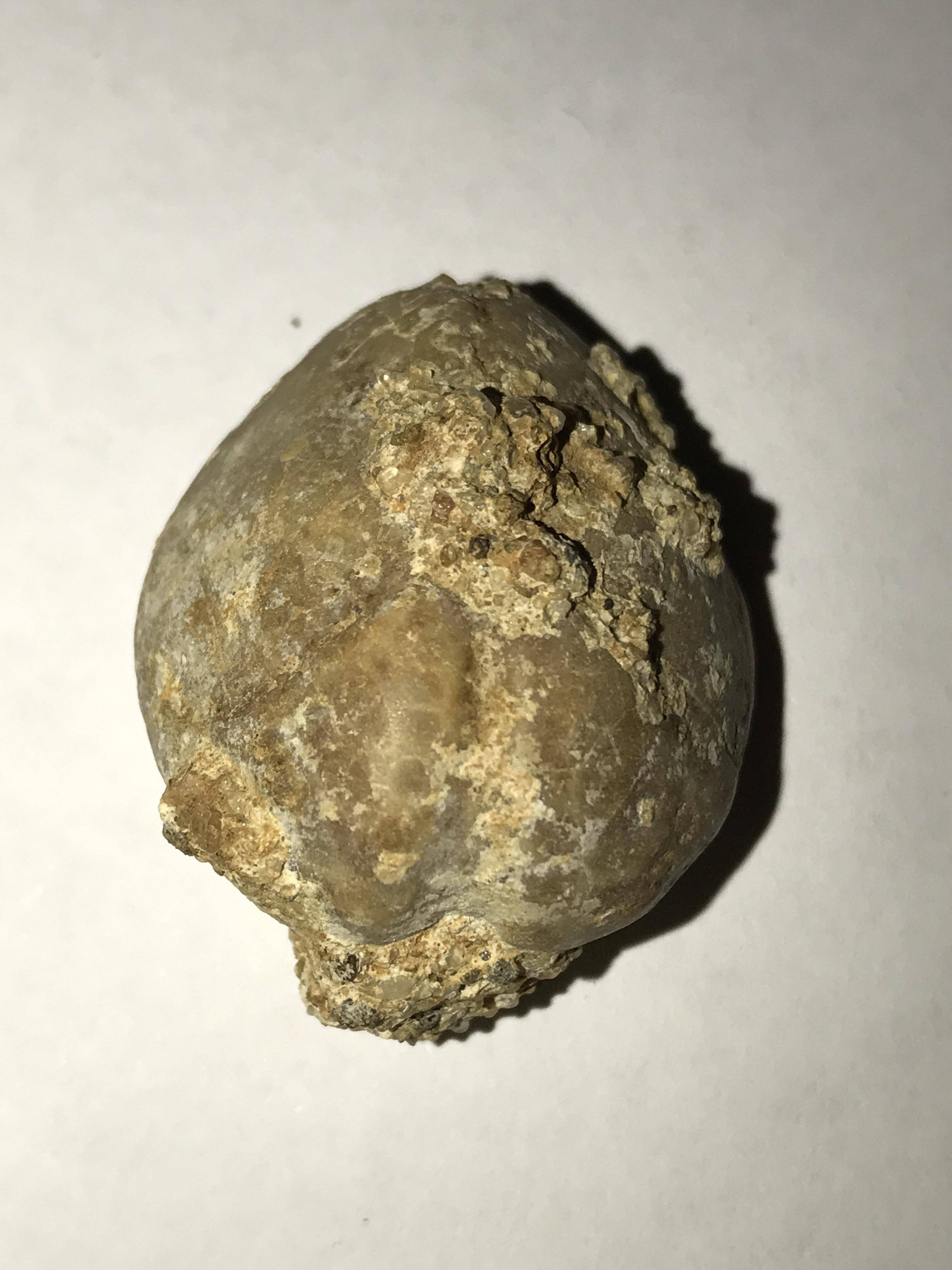 species-identification palaeontology invertebrates
share | improve this question | |
edited May 15 '17 at 14:55

That's an Echinoid, or Sea Urchin (Phylum Echinodermata). We can clearly see the five rows of ambulacral groves and the base of the spines.

Here is an image of a fossil Echinoid, from the Melbourne Museum, for comparison: 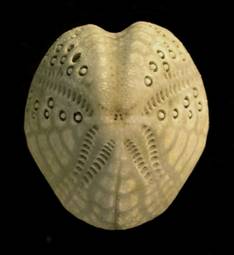 According to the museum:

Victoria contain fossils of many different kinds of echinoderms, including sea stars, brittle stars, crinoids, cystoids, blastoids, edrioasteroids and carpoids. They occur in the Heathcote, Kilmore, Kinglake, Melbourne and Lilydale districts. In much younger rocks of the Cainozoic Era (less than 65 my old), the most abundant echinoderms found in Victoria are the echinoids or sea urchins. They occur mainly in limestones exposed in coastal areas including the Portland, Port Campbell, Torquay, Geelong and Lakes Entrance districts. (emphasis mine)

Your second image, from below, really seems like this image of Lovenia bagheerae: 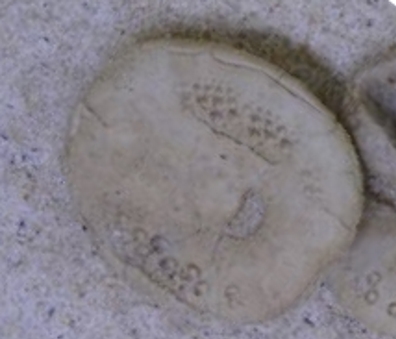 It's a sea urchin (Echinoidea). It looks like a specimen of Lovenia or another genus from the heart urchin (Spatangoida) family.

What you see is just the shell without the spines. 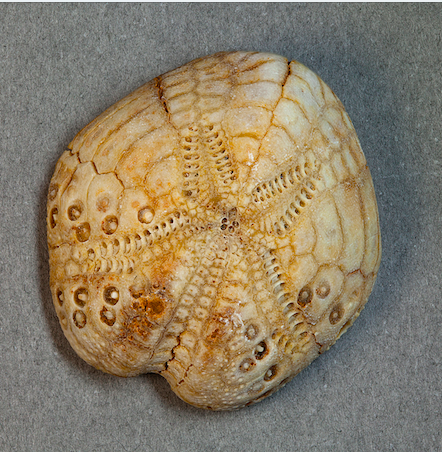 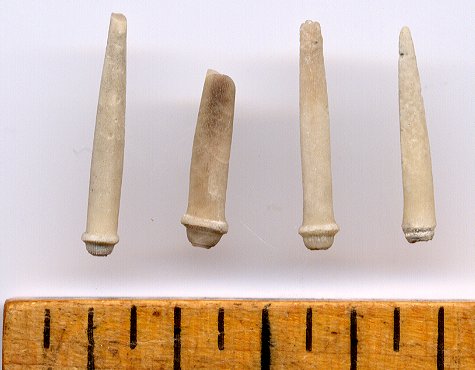 Not the answer you're looking for? Browse other questions tagged species-identification palaeontology invertebrates or ask your own question.