Recently while cleaning my garden, I saw this worm like creature which resembles a leech but is humongous in size if I compare that with commonly found leeches in my area, Kolkata, West Bengal, India. I did not see something like this before so, I captured a snap of this creature and posting it here to know more about it if someone can give me a hint. 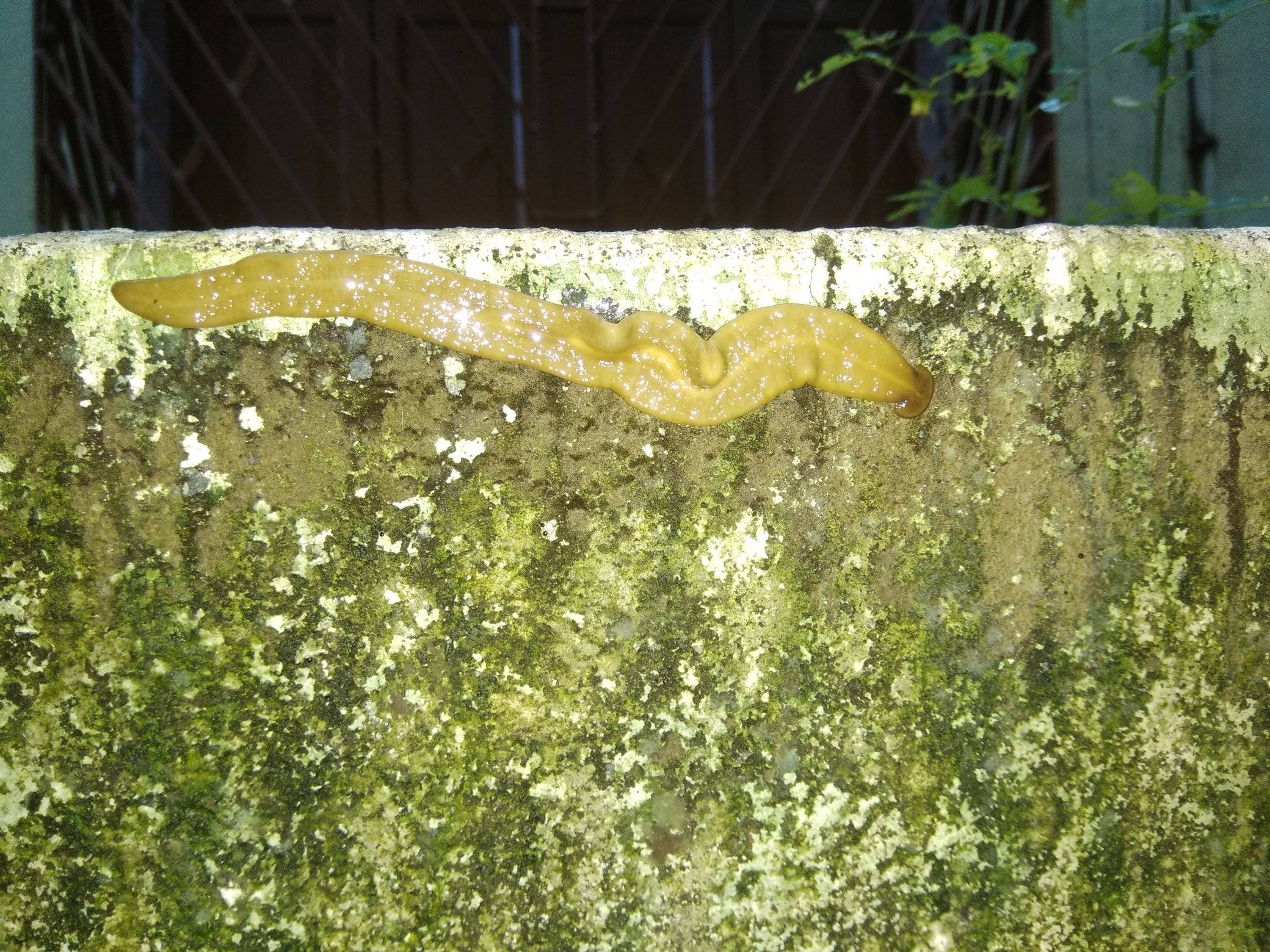 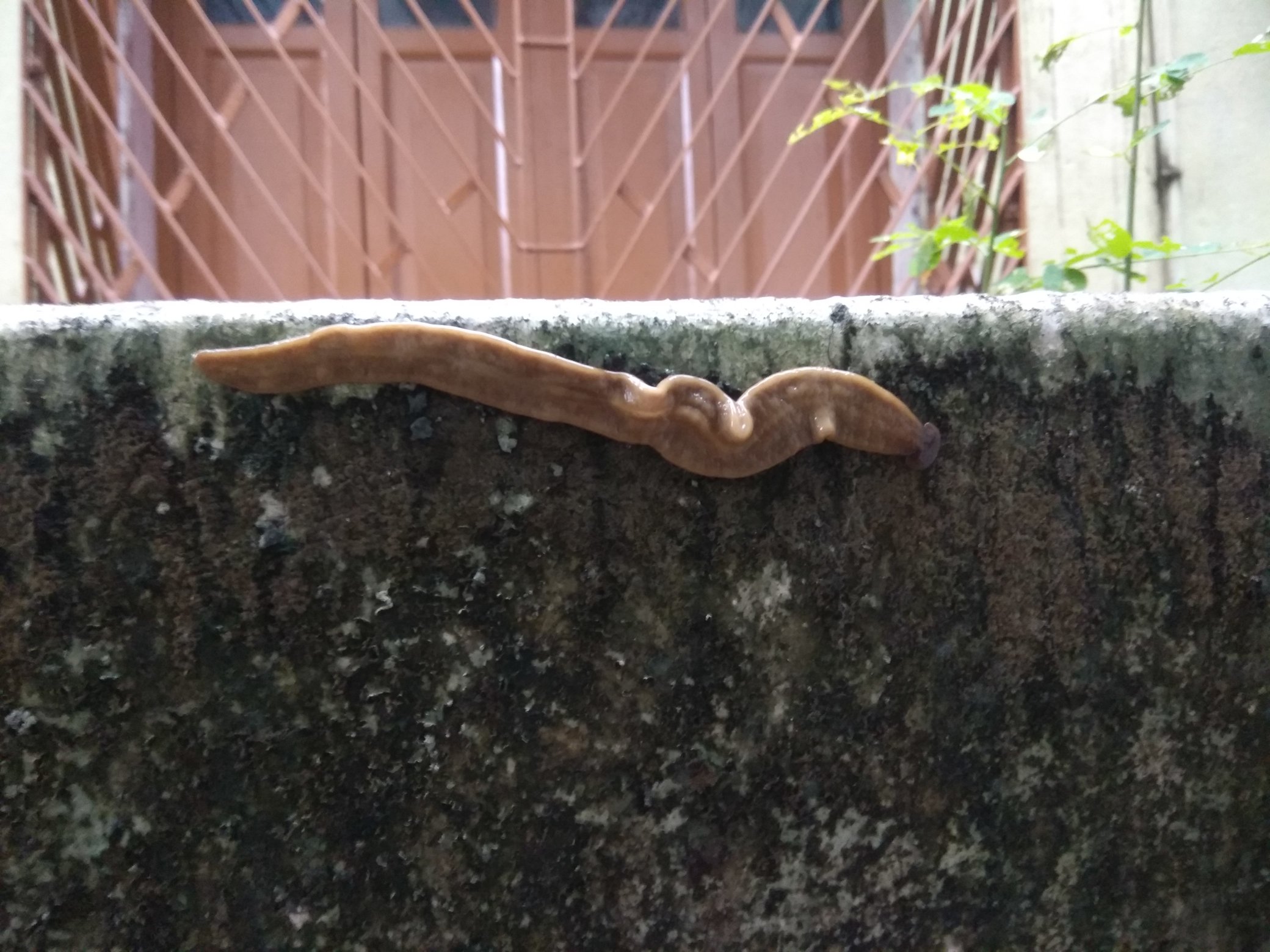 This is probably a land planarian, a flatworm (Plathyhelminthes) from the Subfamily Bipaliinae, called "hammerhead worm". This Subfamily is native to the Indian subcontinent, which matchs your description.

The subfamily Bipaliinae is characterized by having a semilunar head that gives them the common name "hammerhead worms". The head has peripheral sensory pits on the ventral side and small peripheral eyes on the dorsal side.

You can see this semilunar head on the animal's anterior end (right hand side in your photo).

This subfamily contains the largest flatworms known. The larger one is Bipalium kewense, which can grow up to 40 cm.

However, the individual in your photo doesn't seem like B. kewense, which is a quite narrow worm and has a large head, with a different colour and stripes pattern: 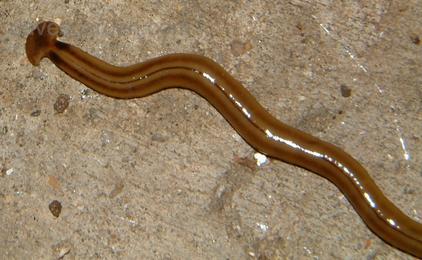 The one in your photo seems more like B. adventitium, which is a bit wider and has a smaller head: 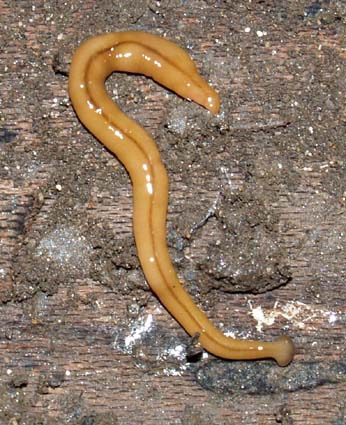 The problem is that B. adventitious adults are only 10 cm long, and that is hardly humongous.

So, I'd just say "it is a Bipaliinae flatworm", without narrowing it down to the species.

PS: It's not a leech (Annelida) because, among other clues, it clearly lacks metamerism.

15
Identifying a thin, black, worm-like creature with a hammer-shaped head