What is the difference between a predator and a parasite?

Of course it's like pornography: "we know it when we see it". But is there a formal, generally-accepted distinction?

There is no fundamental difference between parasites and predators.

In terms of ecological interaction, they are both defined as an interaction where one species benefits and the other suffers from the interaction.

In general predation is viewed as a big individual eating a smaller one while parasitism is when a small individual eats a bigger one. These general intuition however fails to consider a number of cases. Here some cases I can think of

Examples when intuition don't match the above picture

Generally considered as predation but does not fit the above picture-based definition:

Generally considered as parasitism but does not fit the above picture-based definition:

In the popular culture, some people call parasites only endoparasites. This concept is also misleading and not so much in accordance with the general literature in biology.

Parasitism – a parasite that lives on or in an host, obtaining food from the host and harming it.

Example: Ixodes ticks use white tailed deer as a host

Predation – predators benefit as they feed on prey; predation affects numbers and behaviour of prey

Previous answers to the question seem to originate from one misunderstanding. Of course, the large-small distinction between predators and parasites is easily observed by anyone, like the fact that predators kill their prey while parasites only sap the strength of their hosts.

But parasites do not actually attack a host. Parasites attack only a TINY component of the host. The parasite and that tiny component then develop what is fundamentally a predator-prey relationship. Whether the host is significantly affected or not depends upon the role of the component in the host’s overall health, and the size of the infection or wound. Exactly the same could be said about an attack by a predator on its prey. The actual significance of the attack comes down to the size of the wound and the significance of the wounded body part to the health of the prey.

To sum this up in a few words, the methods and logic of a parasite are the same as those of a predator. Their size difference is not critical; not all parasites are small, and not all predators are large. The size of the host or prey is not the critical issue, either.

I think the biggest PRACTICAL difference between predators and parasites are the methods used to defeat them. Weapons like spears and guns for predators; nutrition, soap and science for parasites. Avoidance — aided by brainpower— is the best defense of all

Most definitions of predator/parasite rely on quite subjective (or not exactly precise) characteristics. That being said, I like Ricklefs' definition (Ricklefs, 2009), which is simple and straightforward:

Of course not everything is black or white, and there are situations in which applying the above definition is quite complicated, such as parasitoids or cases of parasitism that end up killing the host. However, it can be used for most of interactions.

This is a parasite: 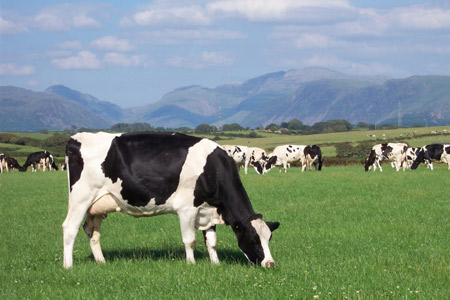 A cow grazing doesn't kill the grass plant: it only eats parts of the leaves, not the whole plant. Therefore, the resource (plant) is not removed from the resource population.

This example is interesting because we, normally, tend to imagine the parasite smaller than the host. However, as you can see, a cow (the parasite) is some orders of magnitude heavier/bigger than the grass plant (the host).

This is a predator: 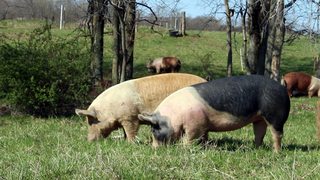 Pigs (sometimes, not always) like to pull up the root, eating the whole plant and, therefore, killing it. Thus, the resource (plant) is removed from the resource population, that changes from N to N - 1.

A parasite may or may not kill the host. It's basic motive is to constantly derive nutrition from the host. More a sort of one time investment and as an interest you keep getting the nutrition. Whereas a predator's motive is to kill the host to satisfy it's hunger. One kill and eat can be a taken as a case of consideration here.