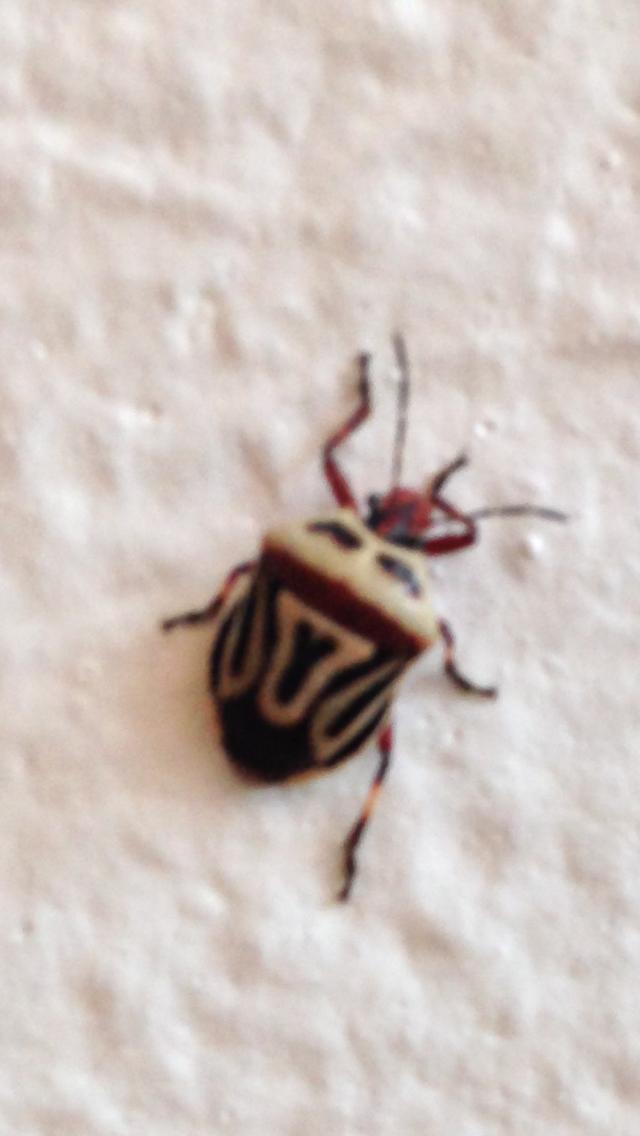 This appears to be a stink bug in the superfamily Pentatomoidea of the true bugs (i.e., order Hemiptera).

Specifically, your specimen appears to be Perillus bioculatus or the two-spotted stink bug. 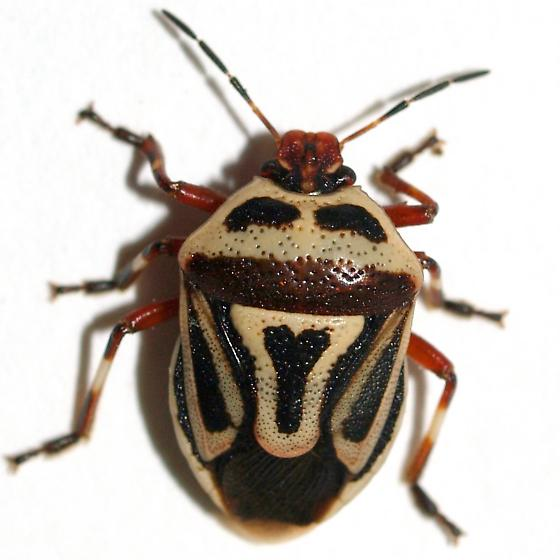 You can see additional photos including those demonstrating the species's various yellow vs red color morphs here.

According to the Integrated Plant Protection Center at Oregon State University [my emphasis and links]:

Mature nymphs of the two spotted stink bug are about 8 to 9 mm long. Adults range in length from 10 to 12 mm. Nymphs may [be] pale yellow or reddishorange with a distinct black "Y-shaped" marking on the pronotum and two black spots on the thorax.

According to Wikipedia, this species is usually a beneficial predator (especially of the Colorado potato beetle), but early nymph stages feed by sucking on potato stems. The trade-off, I would guess, is worth it.

Their range, according to bugguide.net is southern Canada, the U.S. and into Mexico.

6
Identification of an insect from midwest US
6
What are these tiny creatures swimming around my aquarium?

5
What is the name of this moth found in Virginia USA?
9
Can you identify this insect for me?
4
Identification of a beetle found in a basement in Virginia, USA
3
Unknown Insect identification
4
Is this long black insect with semi-long antennae and a large segmented abdomen caught in the kitchen a larva or an imago? And what is it?
2
ID bug found in Mojave county, USA
2
What insect is this? Found in Russia