I've been unable to find anything on the Google resembling this bird. I took the photo in Virginia Beach, VA around 2010, October, I think... It appears to be between winter and summer plumage but I'm not sure. I tried looking on whatbird.com but couldn't find anything that really seemed to match up well.

I've added some more photos since people seem to question whether or not the white is snow, for some reason. Also note that most seem to have a red bill with a black tip, while the one with more white on its breast has a largely black bill with just a red band. Do bills change colors when plumage does, is that a thing, or perhaps it's just an anomaly or a gender trait? 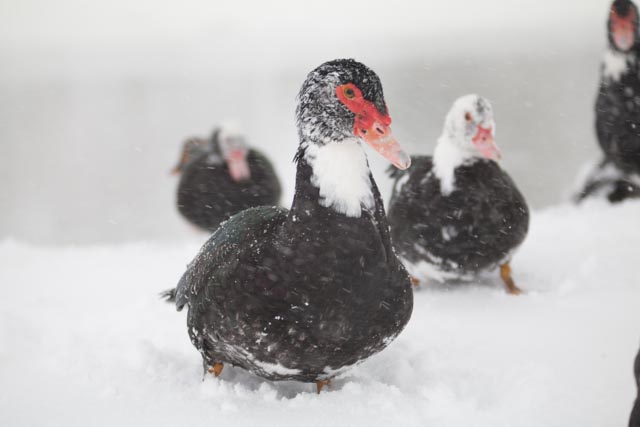 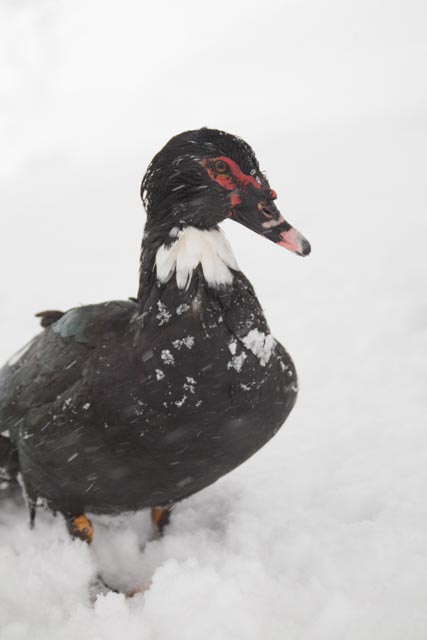 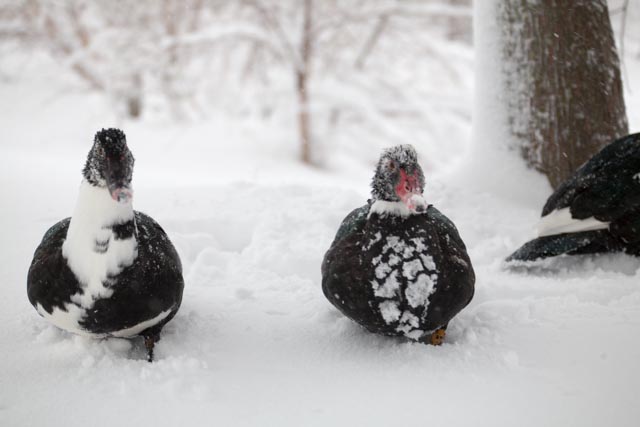 I am not an ornithologist, but using identify.whatbird.com and a simple google search, this appears to be a Muscovy Duck. Try a google image search for yourself! Some of the birds pictured have more ostentatiously red or larger caruncles, but some look very similar to the birds you photographed. For example: http://www.birdinginformation.com/birds/ducks/muskovy-duck/

From muscovyduckcentral.com and identify.whatbird.com: The domestic breeds can come in a variety of colors, but are primarily black and white with red and white bills. The males are larger than the females -- around 15 lbs for a male and only 8 lbs for a female. Females are duller colored than the males. Muscovy ducks are indigenous to Mexico, Central and South America, but are now raised in many different locations. They are considered a good duck stock because they are large, breed quickly, provide good pest control, and are quieter than many other duck breeds.