Why does this illusion work?

This is another image I found on Google+ 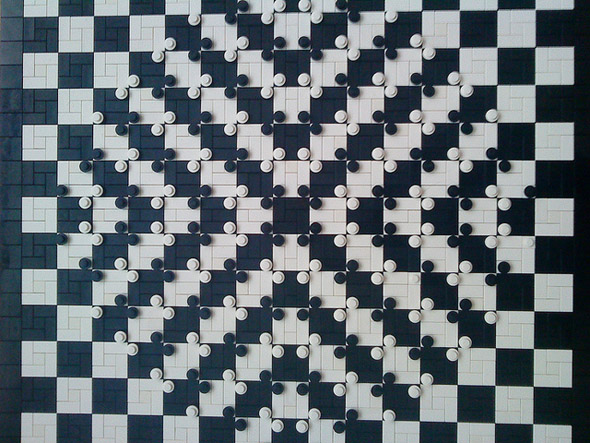 All lines are absolutely straight, parallel and perpendicular but why does it appear to have a curvature?

Related: How does this illusion work?

Like these questions :) Many of these illusions come from Prof. Akiyoshi Kitaoka, a japanese Psychologist and expert for Gestalt Psychology. On his website you'll find some more fascinating illusions and questions to ask here ;)

The illusion above is named Cafe Wall illusion and the newest model to explain those illusions is the contrast-polarity model. Short explanation from his webpage: 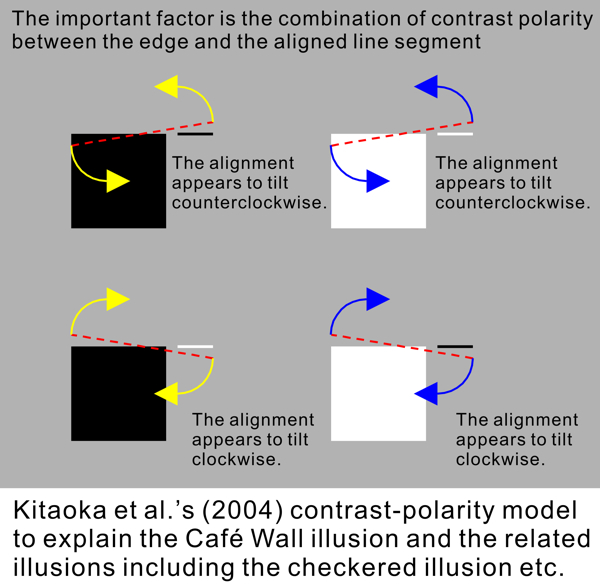 The paper explained it better to me: 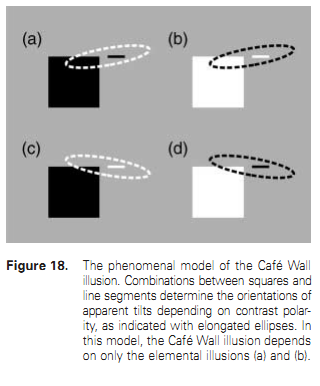 This explains why you perceive a tilt. If you position the smaller squares now in distinct edges of the big squares, you can achieve 2- and 3-dimenional illusions. Here you see a increasing of the tilt due to more smaller squares: 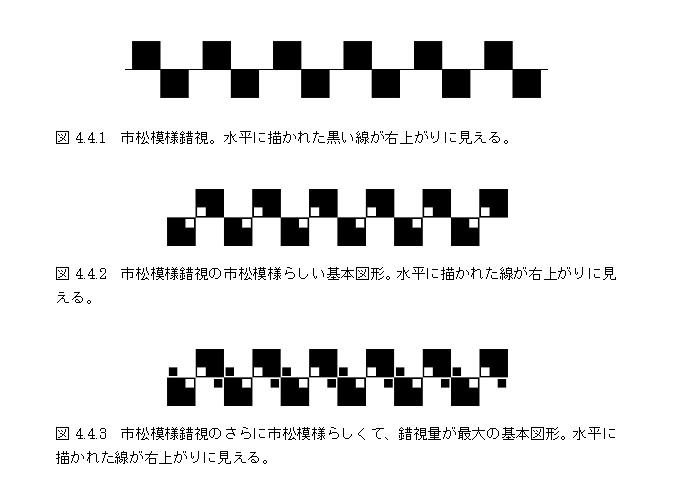 Here you can see that the positioning of the smaller squares is critical to achieve the 3D effect of the orignial bulge effect in your question:

Notice that Gestalt Psychology is a non-reductionistic theory approach and investigates mainly the phenomenology and underlying Gestalt Laws of visual perception. How these Gestalt Laws developed on a deeper level is a question of neurobiological evolution similar to, "why have some species of apes color-vision and some not". The ellipses in the explaining picture above show you, that our cognitive visual machine somehow tries to group divided objects (square and line of same contrast/brightness) in one line and we see a tilt. I'm guessing here, but this is probably due to cognitive brain algorithm that saves things and objects we see and perceive mainly by countor and shapes, rather than pixel by pixel like a computer and digital camera do it, which of course don't perceive any tilt or 3D illusion in any of those trick images :)

Read the papers for more explanations and examples, not behind a paywall:

15
How does this illusion work?

15
How does this illusion work?
11
What are the "stars" we see after a bump on the head?
3
Why are things conscious?
6
How does the brain know where a signal came from? What is the addressing system
5
Braquio-abduction illusion explanation and references
2
How does myopia actually work?
3
How does tearing work?
2
How does (action potential) hyper-polarisation work?