What is the impact of sertraline on white blood cells?

This simplified video and RT.com article discusses how the mechanics of the death of a white blood cell can be useful as an "alert mechanism" to other white blood cells of an incoming infection.

Also in the article it describes how this same notification mechanism might enable the transmission of certain types of pathogens and it has the following quote:

"We found that a commonly used antidepressant can block this whole process and an antibiotic can promote this event,” said Ms Atkin-Smith.

The full report is available here.

Can anyone explain, (with a summary in layman terms) the impact of Sertraline on white blood cells?

Does taking Sertraline increase the risk of susceptibility to illness, or decrease it?

Short answer
While sertraline may theoretically affect the immune system, there is no evidence, as far as I know, that it negatively impacts immune status.

Background
In the article (Atkin-Smith et al., 2015) sertraline (a.k.a. Zoloft, an antidepressant) is shown to block the formation of ‘beads-on-a-string’ protrusions and apoptotic bodies after from dying white blood cells. 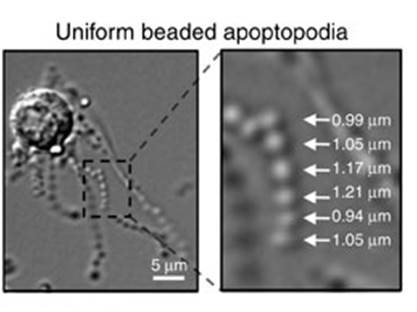 The authors hypothesize that these beads-on-a-string and apoptotic bodies may boost immune responses by containing antigenic material, or that they may contain a warning signal for other immune cells that a pathogen is on the loose.

These claims, however, are hypotheses.

There are many reported side effects of sertaline, but immune suppressant effects are not evident. The only side effects reported touching on it are, e.g., a fever and a sore throat. However, such general symptoms can be caused by a variety of causes and were not reported frequently.

Indeed, in a small study in HIV patients, sertraline showed no adverse effects on the immune system (Rabkin et al., 1994).

Not the answer you're looking for? Browse other questions tagged immunology antibiotics immunosuppression or ask your own question.