What is difference between "Syngonium" & "Pothos"?

They both look the same to me, but they are different from each other. Please help me in figure out the difference in both of these species.

Pothos is a common name for Epipremnum aureum, which, like the genus Syngonium, is in the monocot family Araceae.

E. aureum is an evergreen vine growing to 400 m (1,312 ft) tall, with stems up to 4 cm (2 in) in diameter, climbing by means of aerial roots which adhere to surfaces. The leaves are alternate, heart-shaped, entire on juvenile plants, but irregularly pinnatifid on mature plants, up to 100 cm (39 in) long and 45 cm (18 in) broad; juvenile leaves are much smaller, typically under 20 cm (8 in) long. The flowers are produced in a spathe up to 23 cm (9 in) long. This plant produces trailing stems when it climbs up trees and these take root when they reach the ground and grow along it. The leaves on these trailing stems grow up to 10 cm (4 in) long and are the ones normally seen on this plant when it is cultivated as a potted plant. 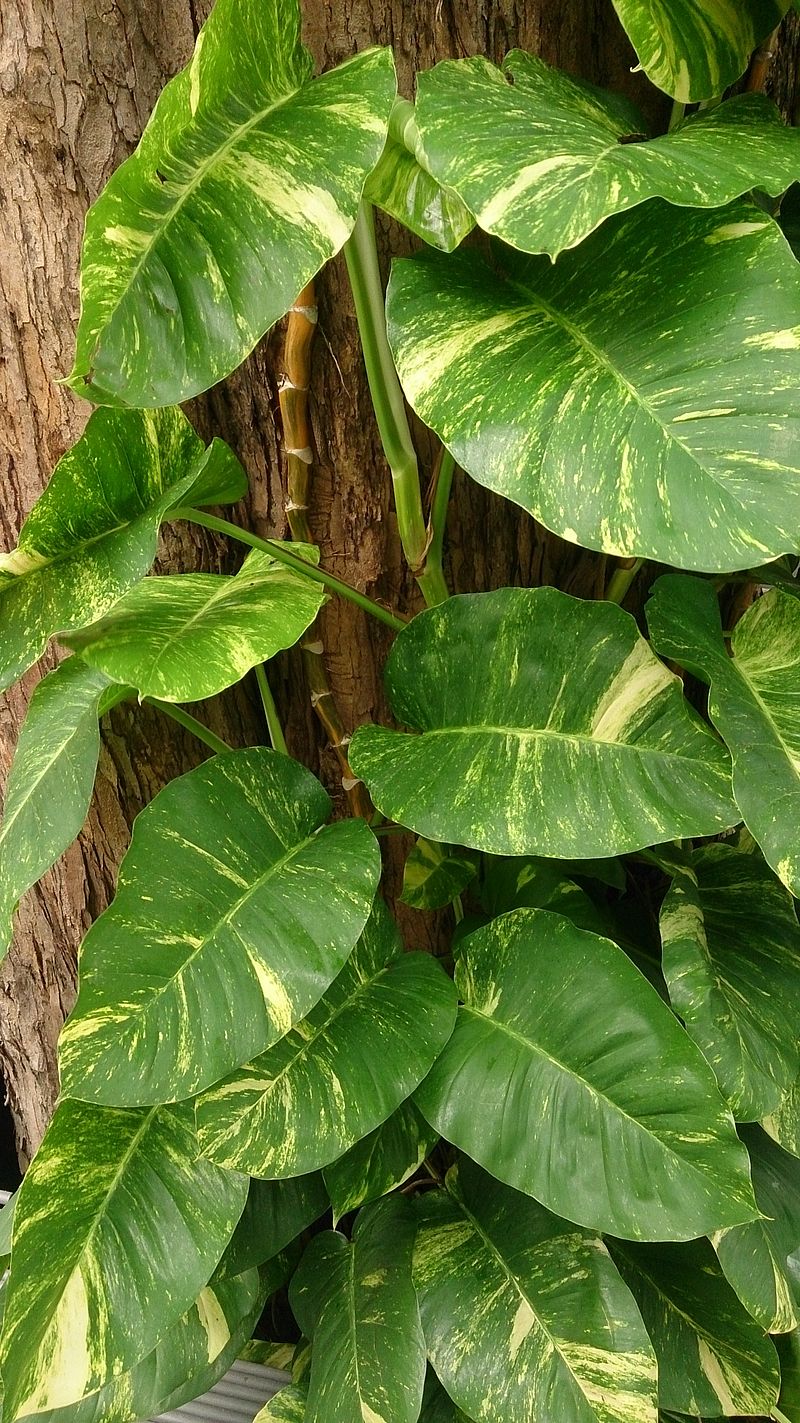 Syngonium species, on the other hand, can have broader stems, stems that lose their chlorophyll, and different leaf shapes, to anme a few descriptions. From Wikipedia:

Wikipedia also mentions some unique traits of this group of plants:

The climbing stalks have elongated internodes and are elastic to some extent, however, after bending the stem's skin often breaks and peels off, turning brown or yellowish. The stem in section shows a distinct layer of the plant directly under the skin of the stem. The border between the colenchyma and stem stem is poorly scratched. In the parenchyma, starch grains are randomly distributed. The tissue of the stem also contains idioblasts with calcium oxalate crystals and drusen. The stem also contains secretory cells, containing tannins and milk juice, which solidifies in the air. 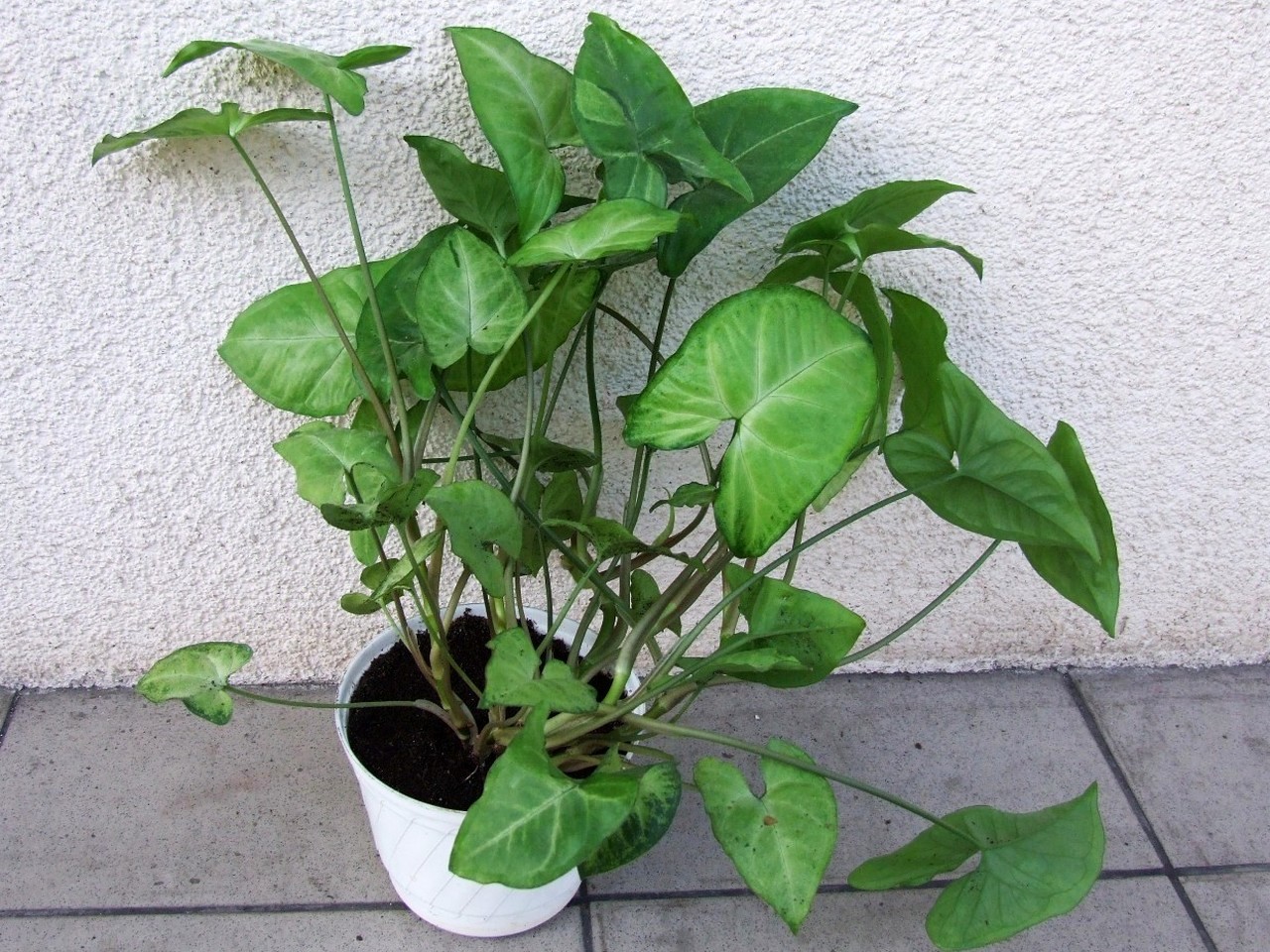 1
What kind of leafy house plant is this?