What kind of a fly is this?

I have a couple of new pictures of insects which I am really curious about. This is one of them. I found this fly near my cottage in Prague, Czech Republic. 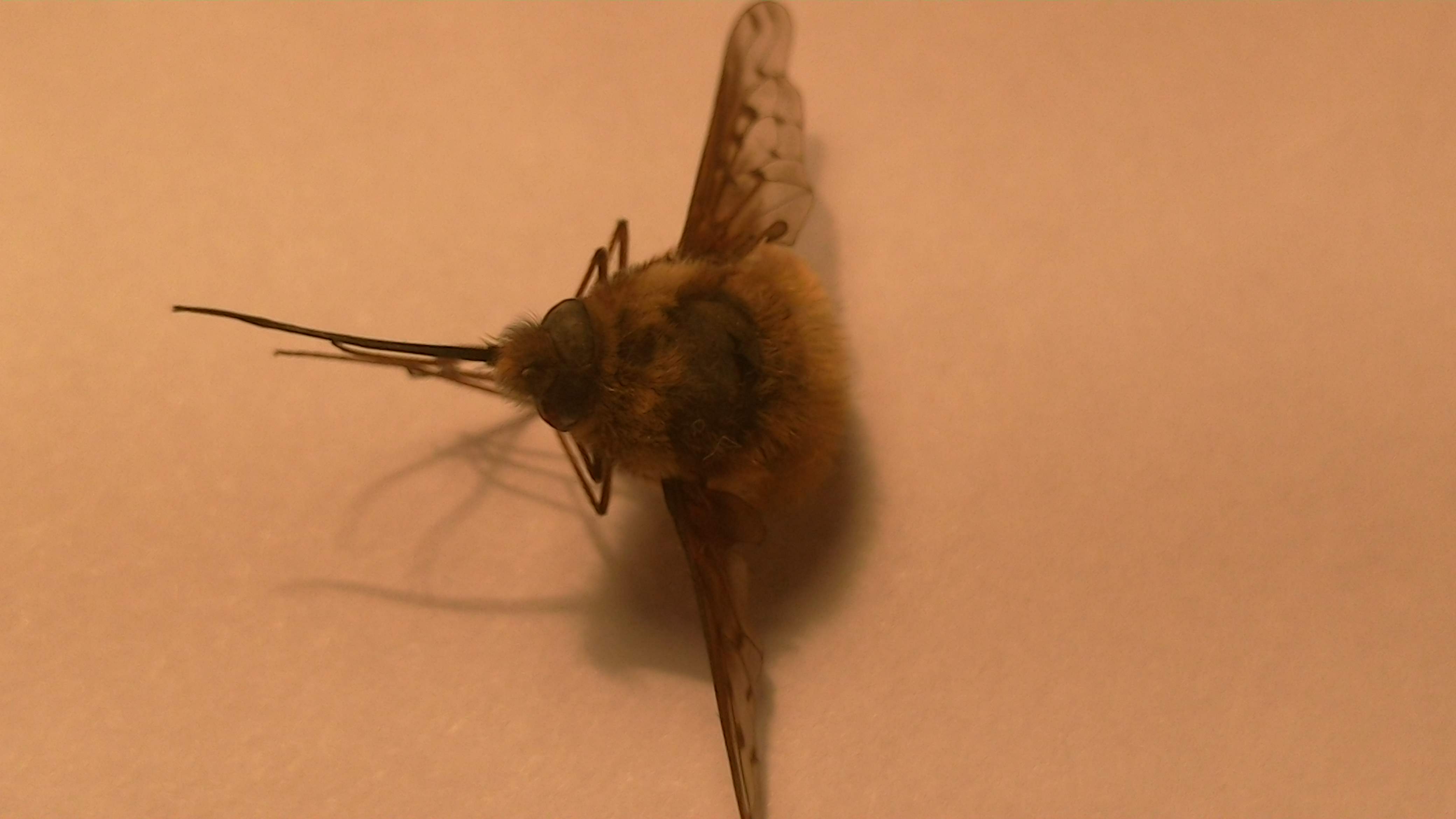 It is fluffy with very long proboscis (almost half of an inch in length).

I found out that this is on of the most common specious from this family in whole Euroupe called Bombylius major. From wikipedia article (same with picture):

The adult is 14 to 18 millimetres (0.55 to 0.71 in) in length, squat and very hairy, with a wingspan of around 24 mm (0.94 in). It has dark patches on the anterior half of the wings and long hairy legs that dangle while in flight. The very long proboscis is used to feed on the nectar of many species of flower, especially primroses. While its wings continue to beat its front legs grip the flower and its long rigid beak is inserted to collect the nectar.[2] Despite its fearsome appearance, the beak is quite harmless.[2]

Bearing a mimetic resemblance to bees their body is stout and furry, with the top of the thorax being black and shiny and the pile either brown, yellow, or white. They have long spindly legs as well as a long rigid proboscis found in the front of the head. Their boldly patterned wings have a distinct dividing border through the horizontal middle between the dark and clear portions. Their antennae are typically very short and pointed. In the field they will be seen hovering and darting above bare ground or flowers, in an up-and-down movement, accompanied by a high-pitched buzz. 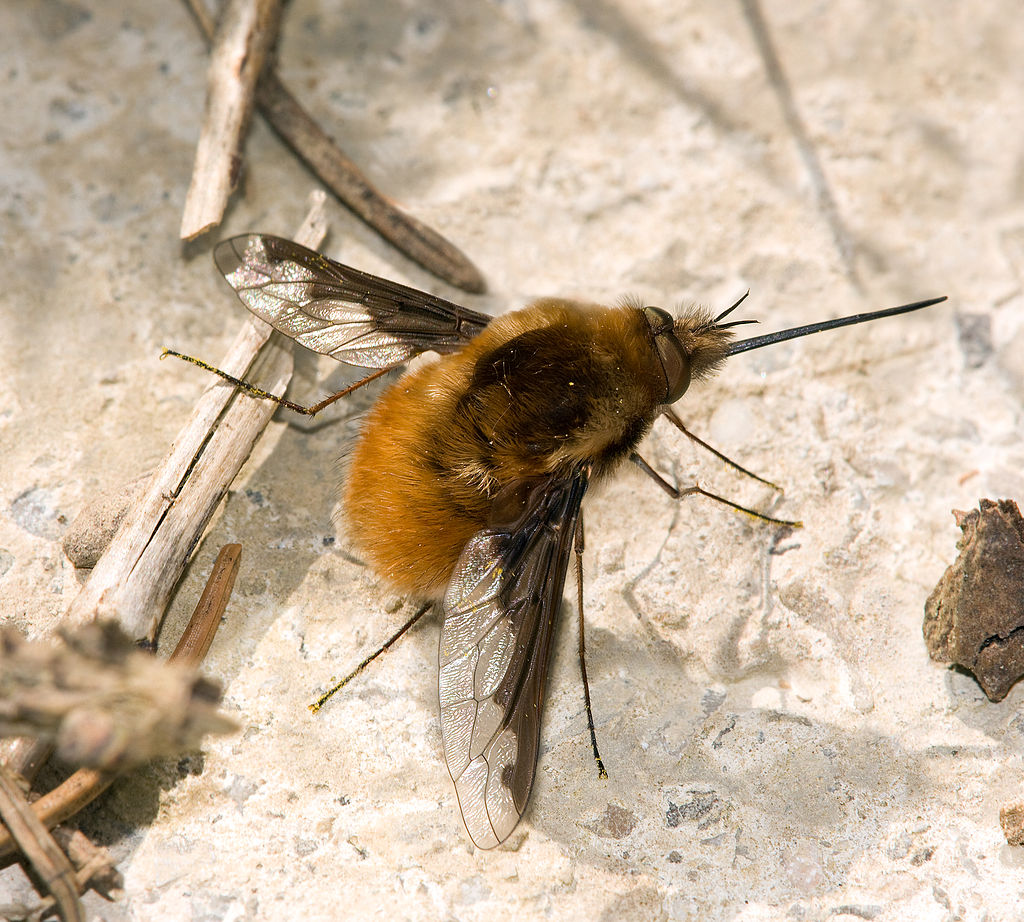 This is indeed a fly from the genus Bombylius. However, I think this is not the common B. major, but Bombylius discolor.

The reason is that your specimen clearly has small dots on its wings. These dots are characteristic of Bombylius discolor, B. major lacks these dots. Furthermore, B. major has a black part at the front of its wings, that is very distinct. In discolor, this black part is less pronounced or even hardly visible.

Picture from the Dutch Wikipedia: 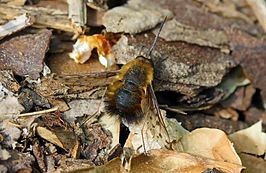 Not the answer you're looking for? Browse other questions tagged species-identification diptera or ask your own question.

7
Identification of this fly?
15
What insect is this? (Central Africa)
5
What is this rather large insect in northwestern USA?
3
What kind of bug is it?
5
What kind of insect is it?
5
Caterpillar resembling a snake
3
Help identifying a fly by its remains
2
Is this a type of fruit fly?
1
Tiny huntsman found in Czechia?